Feeding the Jewish Community of Cuba 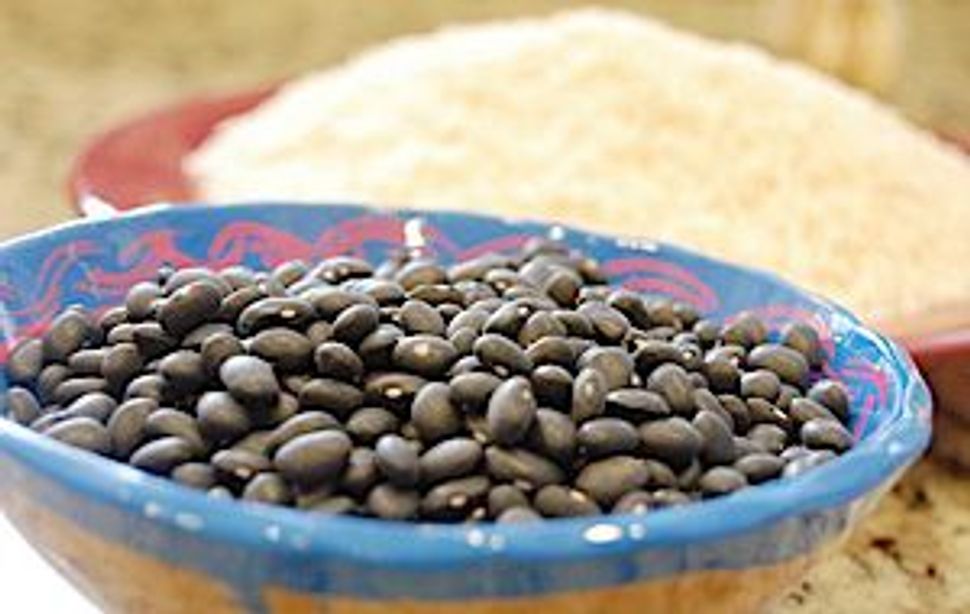 The Jewish population of Cuba, once over 15,000, has dwindled to just over 1,000 in recent years, but their dedication to maintaining that community is strong. The three synagogues (an Orthodox, Conservative Ashkenzi and Conservative Sephardi) in Havana serve as community centers, distribution centers for donated food and medical supplies, party halls and, of course, religious spaces.

Despite the vibrant, unified community (and strong influence of Jews from around the world), Jewish Cubans cannot completely evade national problems. And one of the biggest issues that the Cuban people face today is a nation-wide food shortage.

In the American conscientious food community, we concern ourselves with local and sustainable food and making this more readily available. For the Jewish community of Cuba, the issue is not whether or not the plantains in their Shabbat dinner were grown sustainably, it’s whether or not there will be plantains at all. And with only one kosher butcher on the whole island, kosher meat is hard to come by. Government food rations often only include pork, if they include any meat at all.

Despite the national food shortage and the meat crisis facing all Cubans today, the Jewish community has been relatively fortunate, receiving kosher food donations from abroad, but this raises the issue of how far our food must travel in order to reach Cuba. All products from the United States must pass through a third-party country before entering Cuba. For example, you might be able to find Honey Nut Cheerios in one of the touristy grocery stores, but they will almost-certainly have passed through Mexico before landing on the shelf in Havana.

In some ways, the food that enters the Jewish community is often more sustainable coming directly from the U.S. or Canada through Jewish mission-trips. (People visiting Cuba can bring a certain amount of food into the country without having to pass through a third-party country.) The food is collected at the different synagogues and then distributed to the members on the basis of need.

Kosher for Passover foods are in fact the most popular donations that the synagogues of Cuba receive. People all over the world send boxes of matzo and other Passover foods to Cuba, and generally there is more than one box of matzo per person. But during non-holiday times, meals become default celebrations of local foods — whatever happens to be in the vegetable market that week, or what cheese is coming in from the surrounding countryside.

In my four months in Cuba, I was lucky enough to get to enjoy a Shabbat meal with the Ashkenazi congregation nearby. The week that I joined them for dinner was, like many weeks, a dairy meal, as no meat was available to the congregation. We ate rice and beans (congri, a Cuban staple — rice cooked with small amounts of black beans), plantains, cabbage salad, tomatoes and cheese. This meal was similar to what I ate throughout my time in Cuba, representing the locally available vegetables and cheeses. The most meaningful part of the Shabbat meal, was sitting and conversing with my fellow diners. At first seen as an outsider, by the end of the dinner I felt connected to the Jewish community of Cuba.

Much of our work at Hazon is about bringing people together in their communities; for us, a local food movement is one framework in which we work. But Cuban Jews are coming together around food in an entirely different way — they come together to share what little is available locally, and enjoy the donations that come from Jews over the world.

Nadia Schreiber, one of Hazon’s summer interns, was born and raised in Tribeca, NY and is currently a junior at Middlebury College in Vermont studying International Studies. She has spent this past semester studying in the school of History, Philosophy and Sociology at the University of Havana in Cuba.

Feeding the Jewish Community of Cuba