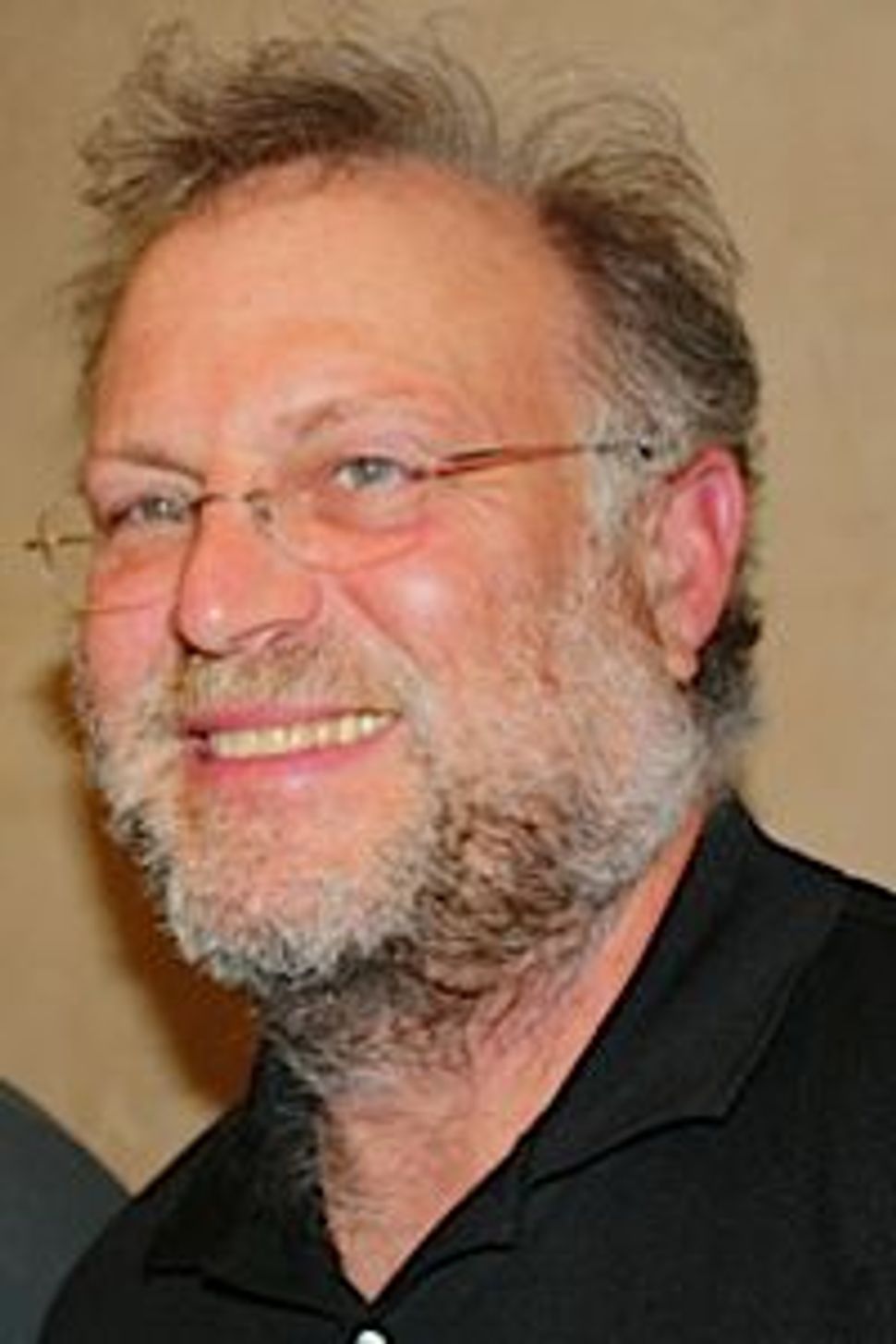 Courtesy of Ben and Jerry?s

In 1984 President Ronald Reagan declared July National Ice Cream Month. In honor of the month, we’ve been celebrating this delicious food each week with Frozen Fridays, a series about Jews and ice cream. This will be our last Frozen Friday post, so we thought we’d go out with a bang!

Ice cream mavens Ben Cohen and Jerry Greenfield (better known as Ben and Jerry) are as famous for their ice cream flavors as they are for the wacky monikers that accompany them (Cherry Garcia, Chunky Monkey and Half Baked anyone?).

Born just four days apart, Ben and Jerry grew up together in Merrick, Long Island (they’re both Jewish). In 1978, with a $12,000 investment ($4,000 of it borrowed), they opened Ben & Jerry’s Homemade Ice Cream shop in a renovated gas station in Burlington, Vt. There, Ben worked the creative side, dreaming up flavor combinations, while Jerry made the ice cream. Success came quickly, and the company became known far and wide for its chunky, chock-full-of-goodies ice cream.

Though their company now belongs to multinational conglomerate Unilever, Ben and Jerry are still largely involved in its philanthropic projects. The Ben & Jerry’s Foundation donates about $1.8 million annually to nonprofit charities around the country. And while he doesn’t make ice cream any more, Jerry Greenfield admitted that he still eats a whole lot of it (and not just Ben & Jerry’s!)

We spoke with Greenfield about his humble beginnings, homemade ice cream making tips and a sundae inspired by the Passover Seder.

Lucy Cohen Blatter: I read that you and Ben started out wanting to make bagels. What happened?

Jerry Greenfield: Well it’s not that we really wanted to make bagels. We were considering both ice cream and bagels at the time. So we went to a used restaurant supply store in Albany to check out used bagel-making equipment. We discovered that it cost about $40,000. We thought ice cream would be cheaper.

How did you learn to make ice cream?

Ben and I both took a correspondence course on how to make ice cream at Penn State (They’re well-known for their ice cream making). It was $5, but we were really broke so we split one course between the two of us — $2.50 each.

Ben used to come up with all the flavors — he’s very creative. I then made them to his liking. I’m more oriented toward doing things in a reliable and routine way and Ben really likes to do creative things. So creating flavors worked well for him. I think the other thing about Ben is he is really interested in big chunks of cookies and candies, he likes texture variation. That’s why so many of our ice cream flavors had so many chunks.

What was the first flavor you ever sold?

Vanilla. It’s ironic because Ben & Jerry’s is a company known for all these different flavors. But vanilla is the true test of a good ice cream company. It’s a subtle flavor, and you can’t mask anything, so you need to use quality ingredients.

Did you ever consider making Jewish dessert-inspired ice creams?

Not really. But when we first opened our store we had a signature sundae called the “Haroset Special”. It had everything haroset has, without the wine — chopped apples and walnuts. I’m not sure it was extremely popular but it was there. It was definitely not as popular as the hot fudge sundae [laughs].

Are you still involved in creating flavors?

No. We’ve been put out to pasture.

Do you ever miss it?

There are elements of it that I miss. When we started we just had a homemade ice cream parlor. It was a real adventure. We didn’t know anything about business and we knew very little about ice cream, but it was just a joy.

What are some of your favorite flavors from those early days?

My favorite flavor is no longer made. It was coconut almond fudge chip. Ben really likes mocha walnut. Neither one exists anymore. It’s interesting that our favorite flavors were never successful.

What are your currently available favorites? (Editor’s Note: Share your favorite Ben & Jerry’s flavor in the comments!)

Do you ever make ice cream these days?

No I don’t. I still eat a ridiculous amount, though. The good thing about making it at home is it’s a really nice experience and you can make things exactly the way you want. But by and large you can’t make it more delicious than Ben and Jerry’s. If you wanted to use fresh fruit, or make the haroses special, though you can do that [laughs].

Any tips for DIYers looking to make ice cream at home?

You should use really good, fresh ingredients. You should use a lot of cream. And you don’t want to whip in too much air. When you’re making ice cream, it’s helpful to start with ingredients that are as cold as can be. They freeze faster and make smaller ice crystals, which makes the ice cream creamier and smoother.

How are you involved in the business now?

The company was sold to Unilever about 10 years ago. But Ben and I are both employed by the company. We kind of get to pick and choose the things we want to be involved with. We’re typically involved in the social missions of the company.

How do you guys decide where the money from the foundation goes?

The decision-making is done by employee groups. The idea Is that people who work there should decide where the money goes. It’s usually to small non-profits working for environmental and social justice.

Aside from Ben & Jerry’s, what are some your favorite ice creams?

I eat a lot of different ice creams. I’m not an ice cream snob by any means. But it’s not as if I won’t eat anything else but Ben & Jerry’s. I love going to small places making homemade ice creams. There’s great ice cream in Boston and San Francisco, and I always find gelato very interesting. I’ve never made it but I would love to play around with it.