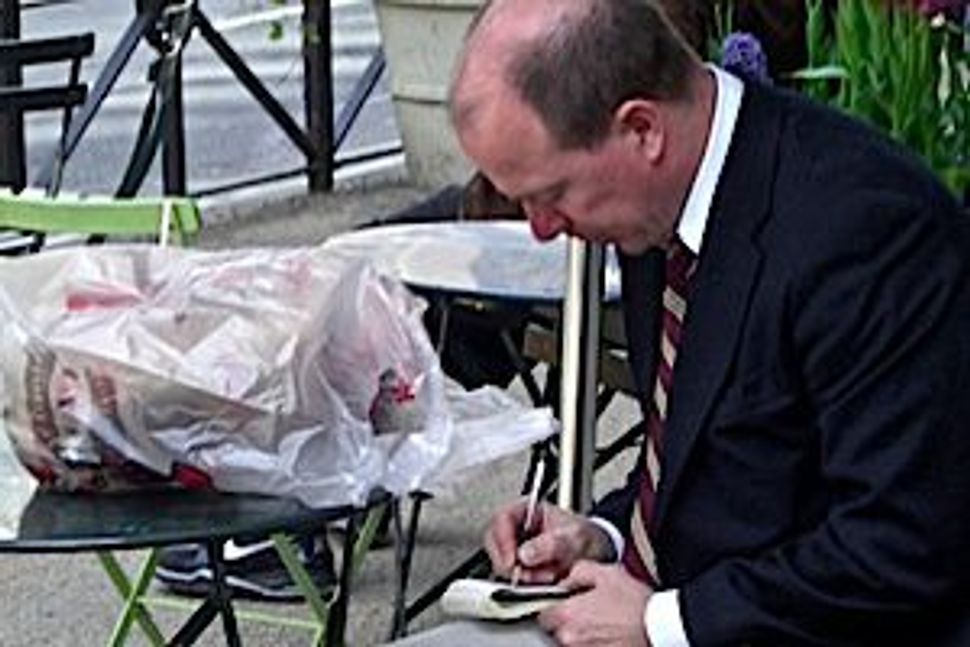 Image by Courtesy of eater.com

While being National Editor is a plum position and means that he is going up on the New York Times ladder, his foodie fans will be disappointed that he is moving on. Between his last weeks as restaurant critic and the beginning of his new post as national editor, Sifton found time to answer a couple of questions for the Jew and the Carrot.

Joan Nathan: For most people it would be a dream come true to eat out at NY’s top restaurants. But being a critic is a different story. Is it a relief to no longer have to eat out all the time?

Sam Sifton: I suppose that working as the cultural editor took a little time to get used to. Other than the brutality of the weekly deadline, I had my own schedule, but I missed being in an office. I guess the grass is always greener. Now I suppose I’ll miss the flexibility of my schedule as restaurant critic. I’ll miss a lot of the good restaurants but not the bad restaurants.

Showing your interest in food, what role will food play in your post as the national desk editor?

Food is going to be part of traveling around the country. The Times has Kim Severson in Atlanta who is terrific, Campbell Robertson in New Orleans, A. G. Sulzberger in Kansas City, and Adam Nagourney in LA is big food maniac. The paper will reflect all these people.

What is your favorite bagel place in NYC and why?

A. I think that asking about what bagel is your favorite is like haggling about what pizza place you like best. I loathe the bagels closest to my house in Brooklyn . I guess I would say Terrace Bagels. I wouldn’t go from Brooklyn to the Upper West Side for bagels!

What do you think of the new age delis that are popping up?

Wasn’t New York always filled with delis? We all mourned their passing and now we are excited about new ones, albeit in Canadian forms. Luckily Barney Greengrass and Russ & Daughters are still here.

Will you miss going out to dinner every night?

On Sifton’s last day he tweeted his followers, “People of the Twitter: Thanks for your kind words today. Keep following. National desk is baking hot, fresh news every day. #andimnotdoneyet”