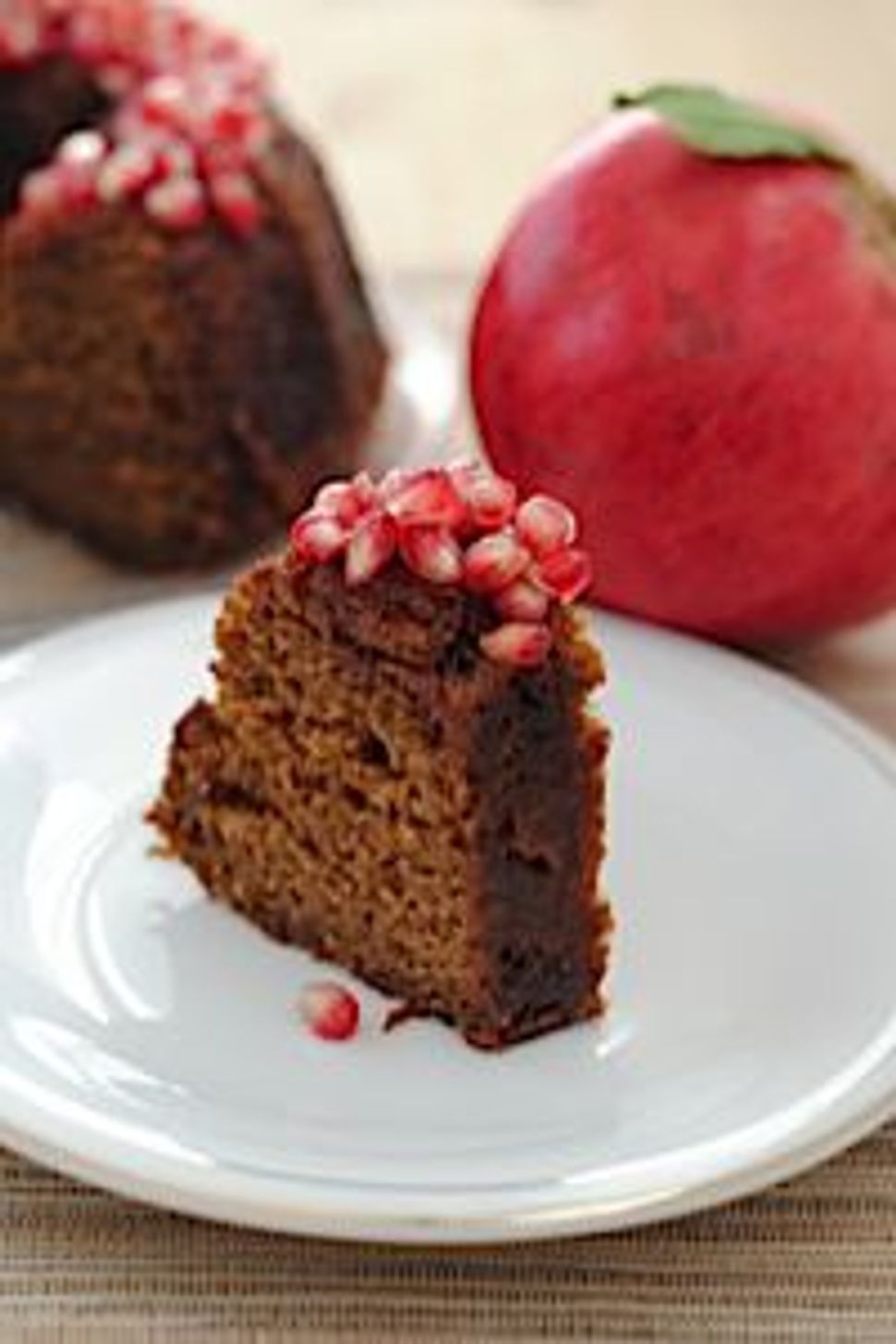 Apple cake is one of Judaism’s most enduring recipes. Every family has its own method and nary a Jewish cookbook is without an entry for this perennial favorite. While the cake is popular year round, at no time does it see more action than during Rosh Hashanah, when apples and honey represent a sweet new year. But there are many other simanim (the symbolic foods of Rosh Hashanah) that get overlooked and this year I wanted to bring them into the picture.

In a humorous twist of history and translation, apples may not have even been one of the biblical fruits of the bible. According to Gil Marks in “The Encyclopedia of Jewish Food,” the bible mentions tapuach, which in modern Hebrew means apple. “However,” he says, “many authorities believe that the biblical tapuach was in fact a different fruit, perhaps the quince or a citrus fruit, because in the biblical period, the apple primarily grew wild and was not yet easily cultivated in tropical areas like Israel and Egypt.”

Whatever the case, apples have become an inexorable part of Jewish food symbolism. On Rosh Hashanah, the fruit takes different incarnations across cultures. Marks explains that Hungarian Jews make apple cakes, tarts, strudels and compotes for the holiday while Calcutta Jews cook apples with honey and rose water. Various iterations of apple cake abound from different Ashkenazi and Sephardi communities.

While most recipes call for sliced apples, this recipe uses applesauce. The result is a beautifully tender, springy cake that is as delicious for breakfast as dessert. I also wanted to add honey to my recipe, both as a nod to the auspicious combination of apples and honey and to honey cake, another Rosh Hashanah favorite. To take it a step further I used date honey (a syrup made from dates) rather than regular honey both because it adds a deeper, more complex flavor, and because many believe that when the bible speaks of “the land of milk and honey” it was referring to date syrup.

Finally, for an extra sweet new year I wanted to incorporate pomegranates, one of the most symbolic fruits in Judaism. Its supposed 613 seeds are said to represent the number of commandments in the Torah so eating pomegranates on Rosh Hashanah is especially good luck. Plus, they’re delicious; pomegranate adds a sweet but tangy note to the cake. After a disastrous attempt at adding pomegranate seeds to the cake batter (they get hard and crisp when baked), I decided that a pomegranate glaze would be the perfect way to top off the cake. And it was. Chag Sameach!

For the Applesauce Cake:
Preheat the oven to 350F. In a small mixing bowl sift together the flour, baking soda, baking powder, salt, cinnamon, and nutmeg or cloves. Set aside.

In a separate large mixing bowl stir together the brown sugar, vanilla extract, and vegetable oil until thoroughly combined. Stir in the date honey, then whisk in the eggs one at a time. Add the apple sauce and stir until fully mixed in. Add the flour mixture one third at a time, making sure it is well incorporated before each addition.

Spoon the batter into a greased 10-inch Bundt or tube pan. Transfer to the preheated oven and bake 40 to 60 minutes, until a toothpick comes out clean. Allow to cool slightly then invert onto a plate or board. Let it cool while you make the pomegranate glaze.

For the Pomegranate Glaze:
Combine the pomegranate juice, sugar, and lemon juice in a small pot over medium heat. Bring to a boil then reduce to a simmer. Simmer, uncovered and stirring frequently, until syrupy and reduced by about half (about 15 minutes). Remove from the heat and stir in the pomegranate seeds. Spoon the glaze over the cake and serve.