Of Bees and Men: Fixing the Bee Problem 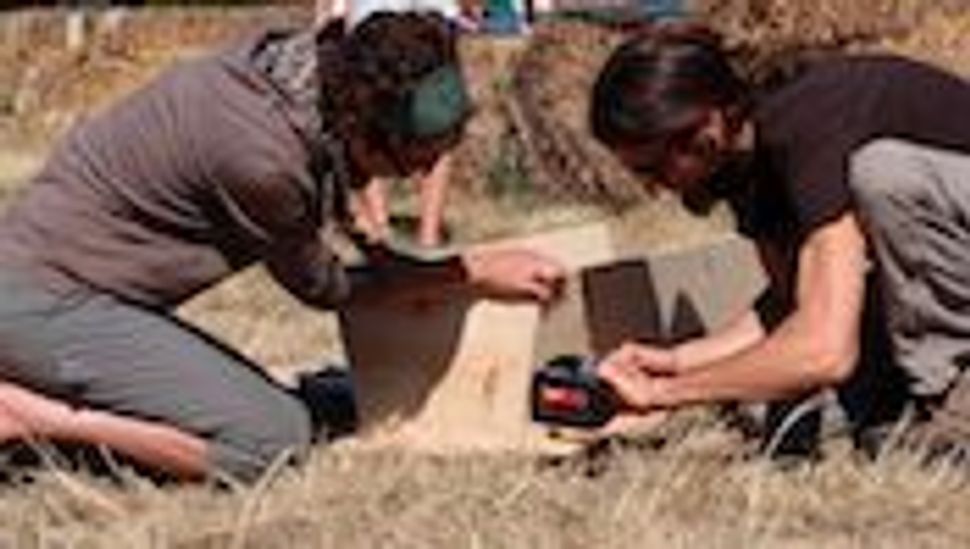 During the first summer in my current home in Denver, there were plenty of bees in the garden. Every time I walked outside to see how things were growing, I could see the bees buzzing around the plants, happily pollinating my zucchinis and herbs. I had an abundant harvest that year; in fact, I probably still have some pesto in the freezer. The next summer, there were almost no vegetables to harvest. And upon reflection, I realized there were also no bees. That was the summer of 2006.

This September I saw the movie “Queen of the Sun” as part of Denver-based Ekar Farm’s “Honey, It’s Bee Month” programming. From the movie, I learned that 2006 was a year that beekeepers all over the US started noticing a phenomenon called “Colony Collapse Disorder.” CCD is the term used to describe the spontaneous collapse of a beehive due to the disappearance of worker bees. Essentially all the worker bees from a hive simply disappear, for no apparent reason.

To be honest, I had never really considered bees before. I knew they are key in pollinating plants and of course that they make honey, but that was the extent of my knowledge. When Ekar Farm announced their month of bee-focused programs, including a movie night and various discussions on bees and honey, all culminating in a community hive build, I was intrigued. Why should the New Jewish Food Movement be concerned with bees?

As it turns out, bees have a huge impact on our environment. Bees have been likened to the canary in a coal mine: when the bees start to die, something is seriously wrong. “Queen of the Sun” discusses a few main theories behind CCD; pesticide and chemical use, inadequate forage/poor nutrition, and invasive mites. The first two theories are entirely due to food production systems becoming increasingly industrial. And the problem of invasive mites may in fact be made worse by human intervention and the current methods of treating the disease.

I was shocked to learn that over three quarters of the entire bee population of the United States are trucked to California every February for the pollination of the almond crop. Almonds are grown in areas that are completely mono-cropped, and because almond blossoms only appear for two weeks annually, there is no other food available to sustain the bees throughout the rest of the year. Bees therefore can’t live there naturally and must be transported to the almond trees, which rely on bees for pollination. At this winter time of year, most bees that are trucked to California are in hibernation. In order to get them to wake up give them a sweet jolt of energy to do their work, what are they fed? High Fructose Corn Syrup.

In June of this year, the Boulder Jewish Community Commons Farm hosted an event to welcome their new beehive. At this event they screened the documentary film “The Vanishing of the Bees.” This movie also takes a close look at CCD and the struggles food activists encounter in working to prevent this phenomenon as well as to solve the mystery around it. Both films suggest actions one can take to help prevent CCD: feed the bees with water and bee-friendly flowers and plants in your garden and yard, don’t use chemicals or pesticides, and buy local organic food. In Colorado, the Boulder Jewish Community Commons Farm and Ekar Farm have taken one step further by building hives on their farms and helping to educate the community about the necessity of bees and bee health.

Hazon’s local Steering Committee in Colorado understands the connection between the New Jewish Food Movement’s commitment to sustainability and the health of the bee population. They voted to have Ekar Farm be one of their 2011 Seed Grant recipients and provided funding to make the “Honey, It’s Bee Month” programming possible. Over 30 people showed up at their Community Hive Build, building 18 hives that will be used in backyards and on the farm itself next summer.

Juliet Glaser works for Hazon as the Director of Community Education in Denver. She is an avid gardener, canner, and cook and loves playing with her two kids, two dogs, and husband in Denver, CO.

Of Bees and Men: Fixing the Bee Problem