Break Fast Traditions From Around the Globe 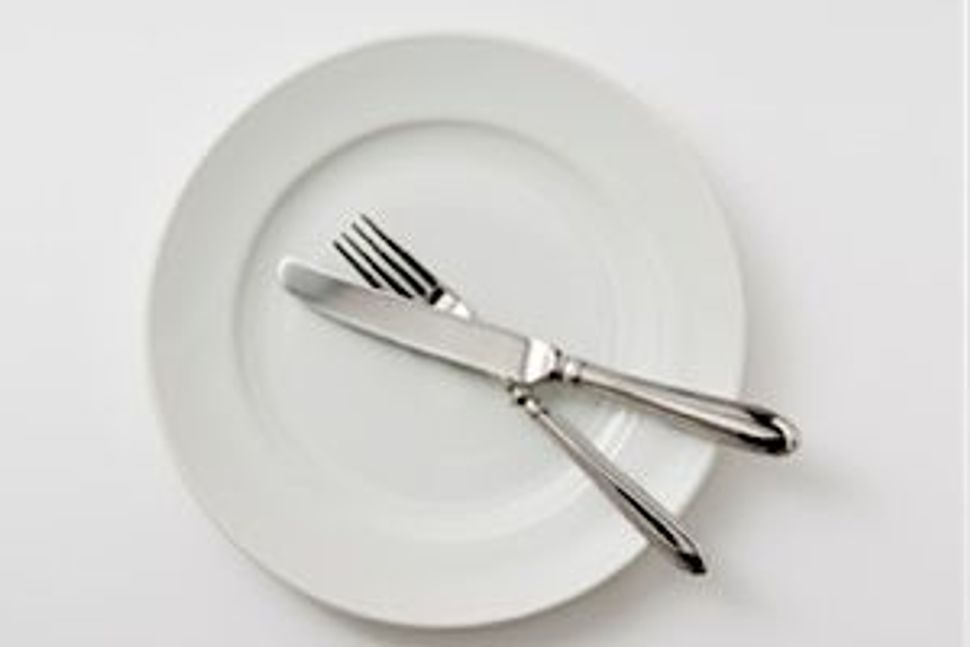 With Yom Kippur upon us, thoughts of fasting loom. But take solace: Jews are not alone in this practice. Fasting is observed by religions around the world. While the reason, time of year, length, and type of fast vary greatly, almost every ends with a traditional but sumptuous meal.

Through the ages fasting has been prescribed as a way to repent, reflect, and become closer to whichever god one believes in. It is one of the five pillars of Islam, and during the month of Ramadan it is required that all able Muslim adults refrain from food, drink, and intercourse from sunrise to sunset each day. It signifies devotion to god and is supposed to teach observers about patience, restraint and kindness.

During Ramadan observant Muslims break the daily fast at sundown with Iftar — a large, often communal feast. Israeli editor and cookbook author Janna Gur notes in “The Book of New Israeli Food” that “Paradoxically, the Ramadan fast has given rise to some exquisite culinary customs. Families gather at sunset for a large traditional meal followed by a selection of delectable sweets. During the evening hours friends and relatives visit back and forth bearing more sweet offerings…”

After a glass of water, dates are one of the most traditional foods to break the fast since Muhammad is said to have done the same. Dishes like harira (a soup of Moroccan decent made of lamb, lentils, chickpeas, and tomatoes) and light salads easy diners’ stomachs ack into eating after a day of restraint. Malfoof, a kind of stuffed cabbage is also common, and festive lamb ouzi, spit-roasted lamb stuffed with spices, rice, and nuts, is a popular main course. The greatest feast is at the end of the month of Ramadan on Eid ul-Fitr.

Catholics and the Eastern Orthodox change their eating habits during Lent in repentance and commemoration of Jesus’ 40 day fast in the desert following his baptism where he rejected the devil’s temptations. During this time, observant Catholics fast on Ash Wednesday and Good Friday and abstain from meat every Friday. However, the definition of a fast is slightly different than that for Yom Kippur or Ramadan — it permits beverages, a small breakfast and one main meal.

Fish dishes are particularly popular during Lent (especially on Fridays) and take the form of everything from fish sticks to fish stew depending on geography, but baccala, or salt cod, is one of the most traditional dishes. The end of the Lent is marked by Easter, which has many culinary traditions to celebrate Jesus’s ascent to heaven. Lamb dishes, which are a nod to the sacrificial lamb, and hot cross buns that represent the crucifixion are typically served as friends, families, and religious communities convene to honor the holiday.

In Hinduism Maha Shivaratri is a 24-hour fast practiced to varying extents to honor the god Shiva. Some fast completely, while others partake in only fruit and water. Others allow themselves one meal made from boiled potatoes. Devotees are expected to stay up all night worshipping at a Shiva temple, and it is a time for communities to come together in devotion. Often the fast is broken by eating panchamrita, the food offerings used in Hindu worship made from honey, sugar, milk, yogurt, and clarified butter.

Of course, there are as many breaking of the fast traditions among Jews as there are recipes for chicken soup. Ashkenazim typically tend to steer towards brunch foods (literally enjoying break-fast). Others opt for kugel, blintzes, cheesecake, or other dairy fare that is easy on the stomach and can be prepared in advance. Either way, the breaking of the fast is a group affair that brings friends and family together.

In Morocco many Jews eat harira much as Muslims do during Iftar. In Greece and Turkey, poached fish, tzatziki and bourekas are served, while Chicken Paprikash is common in Hungary, doughnuts are munched on in Italy, and apple cake in enjoyed in Holland.

Regardless of culture, religion, ethnicity or geography, the breaking of the fast seems to have one thing in common (besides being a welcome end to a growling stomach): community. Typically break-fasts are communal events where friends and family gather for a meal and to celebrate a shared belief and experience.

A parting food for thought: If you think fasting once a year on Yom Kippur is tough, try being Mormon. They are encouraged to fast the first Sunday of every month for 24 hours.

What Yom Kippur breaking of the fast traditions do you practice? Let us know in the comments!

Break Fast Traditions From Around the Globe