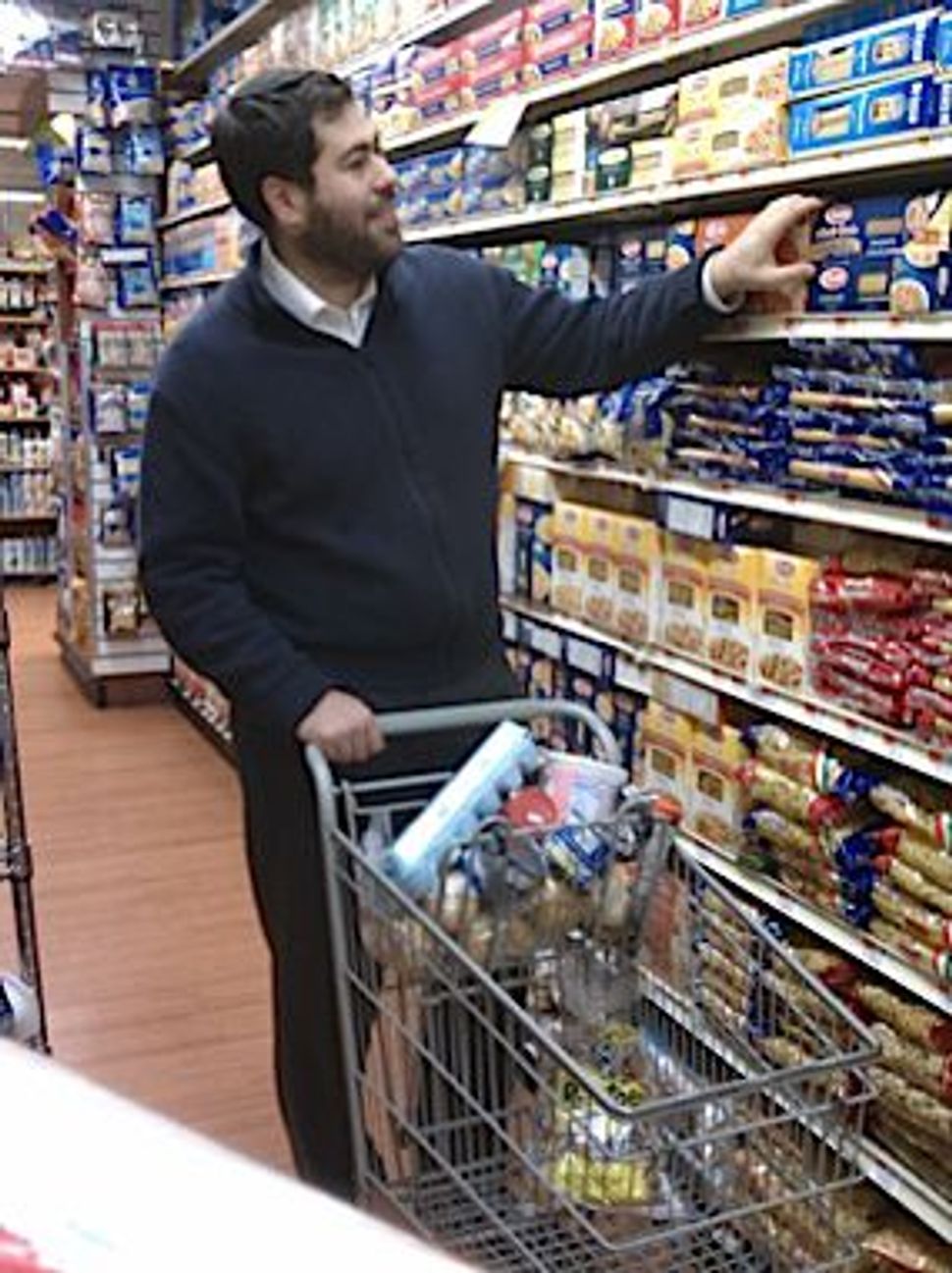 It was after Rabbi Ari Weiss bumped into and spoke with Rabbi Steve Gutow of the Jewish Council for Public Affairs on Rosh Hashanah, that he decided to take the Food Stamp Challenge. This means he would have to get by on no more than $31.50 worth of groceries (the average amount of food stamps granted to a qualifying individual) for an entire week. That’s just $1.50 per meal, without snacks. He knew it wouldn’t be easy, especially since he keeps strictly kosher.

“There were bottles of wine that cost more than $31.50 on the table at holiday meals I had just attended,” Weiss, the director of the Orthodox social justice organization Uri L’Tzedek, told the Jew and the Carrot prior to beginning the challenge, which took place October 27 through November 3. Nonetheless, Weiss was determined — despite the extra difficulty kashrut would pose — to join the many others around the country, including many members of Congress and Jewish community leaders, in experiencing what it is like to be one of the 45.7 million Americans who receive Food Stamp benefits and the one in six American households living in hunger.

The Food Stamp Challenge was part of the fourth annual Fighting Poverty With Faith nationwide mobilization co-sponsored by JCPA and two national Christian organizations. Its purpose is to enable people to better understand what it is like to live in poverty, and to encourage them to voice opposition against possible pending deep cuts to the Supplemental Nutritional Assistance Program (still referred to in the vernacular as Food Stamps).

Weiss, 32, did some research before embarking on the challenge, including a dry run grocery shopping trip, and he determined from the start that kosher meat, kosher cheese, challah and Kiddush wine were out of the question. “My only protein for the week is going to be eggs, yogurt, canned tuna and beans,” he said.

Used to spending about $150 a week on food, often picking up prepared items for lunch or on the way home for dinner, Weiss had to think much more strategically about how to stay within his $31.50 budget. Instead of going to Fairway Market or Seasons Kosher Supermarket, as he usually does, he shopped (using as many coupons as possible) at Associated Supermarket,figh where prices were about 20% lower.

He realized he had made a sizable mistake by buying his first two meals in an a la carte fashion, without regard to his strategic plan. By lunchtime on Day 1, he had already spent $6 and was over his daily budget by $1.50. “It is clear that I need to buy and cook in bulk if I am going to make this work,” he said at that point. He went that evening to do a grocery shop for the rest of the week, consisting only of starches and proteins. “I had a couple of bananas and an avocado as part of those first two meals, and now I can’t afford any more fruits or vegetables for the week,” Weiss added.

For the next six days, Weiss subsisted on the affordable proteins he had identified, rice, and a bean, barley and potato cholent he made for Shabbat and ate for the following several days. Used to drinking coffee from Starbucks and similar establishments, he decided to forgo caffeine for the week after trying the instant coffee he bought. He ended up drinking nothing but tap water.

Alexander Rapaport of Masbia, a food kitchen network and food pantry operating in Brooklyn and Queens, says that it is possible — though not easy — to keep kosher and live a traditionally Jewish life on SNAP, as some of Masbia’s clients do. “Admittedly, kosher chicken and Cholov Yisroel (milk produced under strict Jewish supervision) would be a real challenge,” he remarked. “But if you buy your staples at the supermarket and do all your own checking (for bugs on lettuce, for instance), cooking and baking, it could work.” He did add, however, “this could really be impossible for working single parents who don’t have the time to do all that.”

The Uri L’Tzedek director sees a direct connection between the Food Stamp Challenge and his organization’s Tav HaYosher program to create just workplaces in kosher restaurants. “We need to make sure that people are paid enough to have the resources to buy healthy food for their families,” he said. “More generally, we have an obligation to create justice, make sure no one is food insecure and make sure SNAP funding is not cut.”

Going forward, Weiss says he will be more mindful of his good fortune and healthy diet, and hopes that all those with whom he spoke about his experiment will be so, too. He is now committing to volunteering at a soup kitchen and is going to continue the conversation about hunger-related policy issues in this country. He is well aware of the fact that he can step away from the challenge, when others cannot. “It’s really just an accident of birth that I have never had to deal with food insecurity,” he reflected.