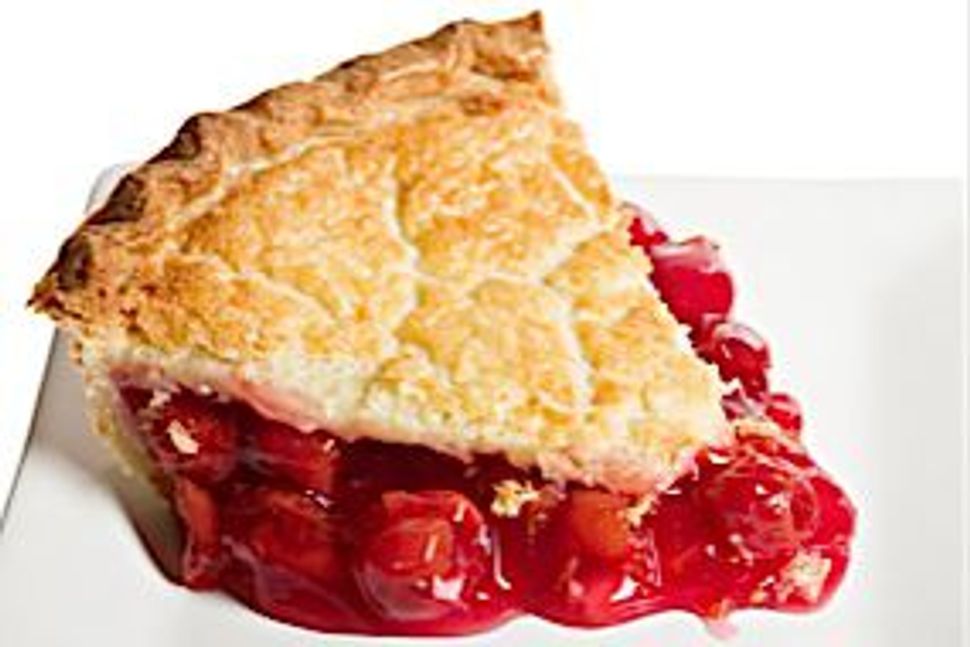 Friday night dinners at their enormous penthouse near Beekman Place in New York City in the ’60s were elaborate, as were meals every other night of the week. My blond, petite Belarusian grandmother was a stickler for manners and Friday night felt more Masterpiece Classic than borscht-belt buffet. Sam, my grandparents’ chef, butler and maitre of all apartment-centric matters, created rich, decadent dishes. This warm, wonderful man, always dressed in a serious white coat, was constantly thrilling us by putting a down-home spin on my grandmother’s sophisticated menu — especially desserts.

During dinner, he would balance a silver platter at your elbow and patiently wait while the children spooned roasted potatoes, caramelized carrots and onions, alongside thick, pink slices of beef or still-sizzling chicken pieces well done in every sense.

Every family gathering in the formal dining room literally shimmered with light reflecting from myriad mirrors and an ornate chandelier dripping with crystals. There were candles but no prayers, family gossip about their successful plastic businesses, many reprimands and the inevitable complaints from children required to sit too long in straight-back chairs. Affable, generous Sam was not just a fixture in Manhattan, but traveled with them to every family celebration and milestone. He always had a twinkle in his eye as if giving us permission to enjoy ourselves in the midst of my grandparents’ pomp and pretension.

My grandmother Pauline, or Ollie as we called her, was the set designer for their many different addresses, choosing every fancy vase, lamp and piece of furniture. She prided herself on a lack of housekeeping skills, advising my mother early on: “If you don’t learn to cook, you won’t have to.” As the youngest daughter of their only daughter, I was spoiled with ice skating lessons at Rockefeller Center, ribboned smocks from Saks and little edible luxuries. Yet my grandfather David, or DD, never let anyone forget their early days on the Lower East Side, the dark Depression, the wars. Certain excesses, like restaurant cocktails, were frowned upon. Alcohol was less expensive if consumed at home. Drinks like dry Manhattans, gin martinis and tangy whiskey sours invariably preceded dinners augmented by occasional nips of sherry or sweet holiday wine. Coffee was a constant. After the meal, maybe even during, cigarettes were offered from rippled-glass, Art Deco cases, even though Ollie never inhaled.

For the grandchildren, a meal’s sweet ending was the reward — tall, fragrant fruit pies were Sam’s forte. If I opened the mirror-paneled dining room door and smelled just-baked cherry pie, I presumed it had been made especially for me. My pie was cherry, my sister’s apple and our baby brother whatever we forced him to eat.

Entering Sam’s world meant walking into a diamond Linoleum-floored, galley kitchen where the counter was littered with knives and potato-peeler, gravy urns, shiny sterling utensils and telltale empty cans of sour cherries. Glass doors leading out to the terrace would invariably be flung open to let enough oven heat escape to make his unending job bearable.

Maybe today Sam’s cherry pie would be categorized as semi-homemade, but back then it was an expression of affection, a labor of love and a shout-out that I was his favorite.

1) In a medium bowl, mix cherries and other ingredients. Let stand for at least 10 minutes. 2) Pour mixture into bottom pastry crust. Cover with second crust. Cut slits in top crust and bake at 400 for 15 minutes, then at 350 for approximately 45 minutes or until the crust is golden.

Note: These days sweet cherries are easier to find than tart ones, and often sold in jars in light syrup or frozen. Adjust sugar according to taste.

2) Form the dough into a ball, wrap with plastic, and flatten into a disc. Refrigerate at least 1 hour before rolling out and baking.

Makes 1 (9-inch) single piecrust; recipe can be doubled for a double crust (as Sam made it); divide the dough into two balls to form two discs before chilling.