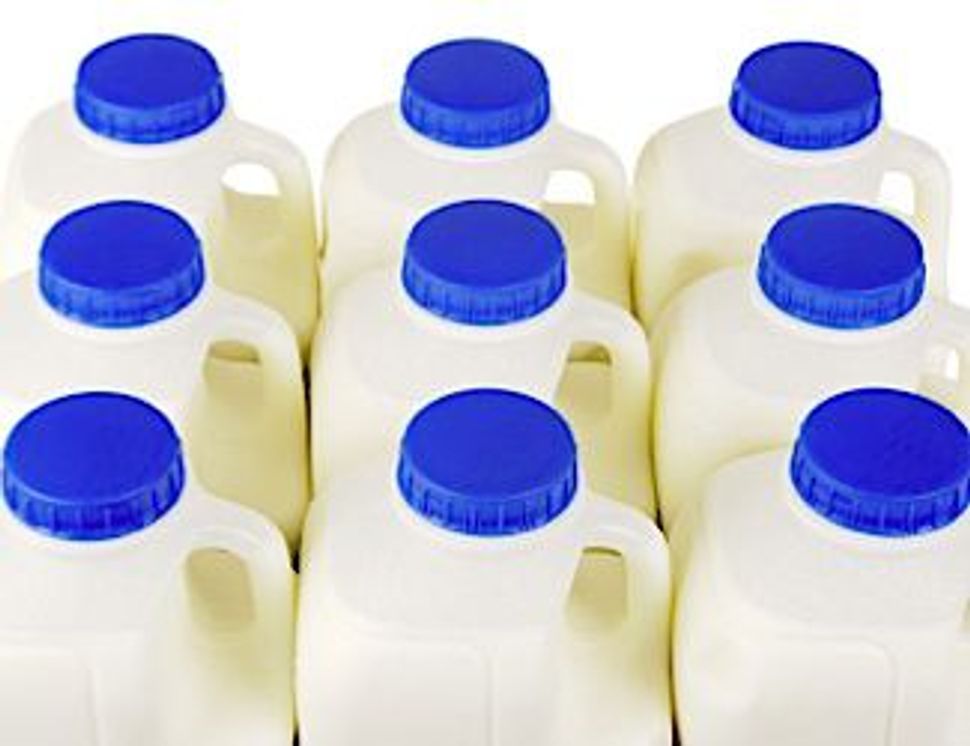 I had my first sip of raw milk last summer. It was sweet, rich and tasted surprisingly good.

I drank the pure milk, straight from the glass jars it had been pumped into a few hours earlier without any further processing or pasteurization. The goat milk came from a farm outside of Boston run by a caring woman, Jeanette, who feeds her animals organic carrots and allows them sunshine, fresh air and movement.

Supporters of raw milk argue that its benefits include essential bacteria and enzymes that aid in digestion and immune support that are lost during pasteurization. It’s popularity has been growing rapidly in recent years and has slowly started to reach the kosher market.

For those who keep Chalav Yisroel — the strictest standard of kosher milk that requires constant scrutiny from when the cow is milked until the product is bottled — raw milk is particularly difficult to attain, so there was some excitement when ad began circulating Brooklyn Orthodox neighborhoods a few months ago for raw cow’s milk under the name “Shmeel’s Milk.”

“Most milk is pasteurized, killing good bacteria and vitamins, contains artificial preservatives to make it last longer…[and] comes from cows confined in pens with cement,” the flyer reads. “Shmeel’s Milk is raw and unpasteurized, containing good bacteria and vitamins…lasts four times longer than most milk [and] comes from cows that are fed grass,” it continues.

The flyer then claimed to adhere to strictest religious standards, employing “mashgichim,” those in charge of ensuring kosher standards, “who daven (pray) …and go to mikvah (ritual bath) every day.”

I spoke with one of the distributors, who would only give his first name, Shaya. He helped start the company last year and says, “It tastes unbelievable, almost like ice cream. It looks different, it smells different.”

The non-homogenized milk, which comes with a layer of cream on top that proponents of raw milk say tastes delicious and consider one of the healthiest fats around, also comes with a heavy price: half a gallon for $7.50 and one gallon for $12.

Chaya Freeman, who usually doesn’t drink cow’s milk because she’s lactose intolerant, tried Shmeel’s Milk: “It didn’t bother my stomach at all,” Freeman says. “My mother used to drink milk straight from the cow.” (Routine pasteurization began during outbreaks of bad milk in the 1920s that had more to do with unsanitary farming conditions that made the milk unclean, than the milk itself.)

However, getting your hands on raw milk, even without the complications of kashrut is a challenge. Laws regulating the sale of it vary from state to state. In New York, for example, farmers must sell directly to consumers on the farm where the milk is produced.

Until recently, Shaya had been delivering milk to people’s homes, mostly in Brooklyn. He reached Orthodox groups who had been already buying it on the black market for years from friends who traveled to farms. Shaya estimated that he supplied milk to 50-100 regular customers in Brooklyn.

Obtaining a kosher certification was complicated, but doable and he says milk he sells is “very safe from a very small farm upstate where they test the milk.” However, the problem became legally selling it in New York and he had to stop delivering it in August.

Rabbi Moshe Elefant, CEO of the Kashrus Department at the Orthodox Union, which does not certify raw milk said: “It’s not a kosher issue but a legal issue, a health issue and a consumer issue…If it’s required by the government then it’s required by us.”.

Shaya is currently looking into selling cow shares to customers in the city so it will be considered their milk and therefore they will be exempt from restrictions, but nothing has been finalized.

I recently visited a kosher gourmet shop in Brooklyn to see if they carried any raw milk. A cashier brought out a plain quart size bottle of milk with a red cover, completely unlabeled.

“You just have to trust us,” he answered.

Trust is really what raw milk boils down to. Trust in good farmers, clean dairies and healthy milk.