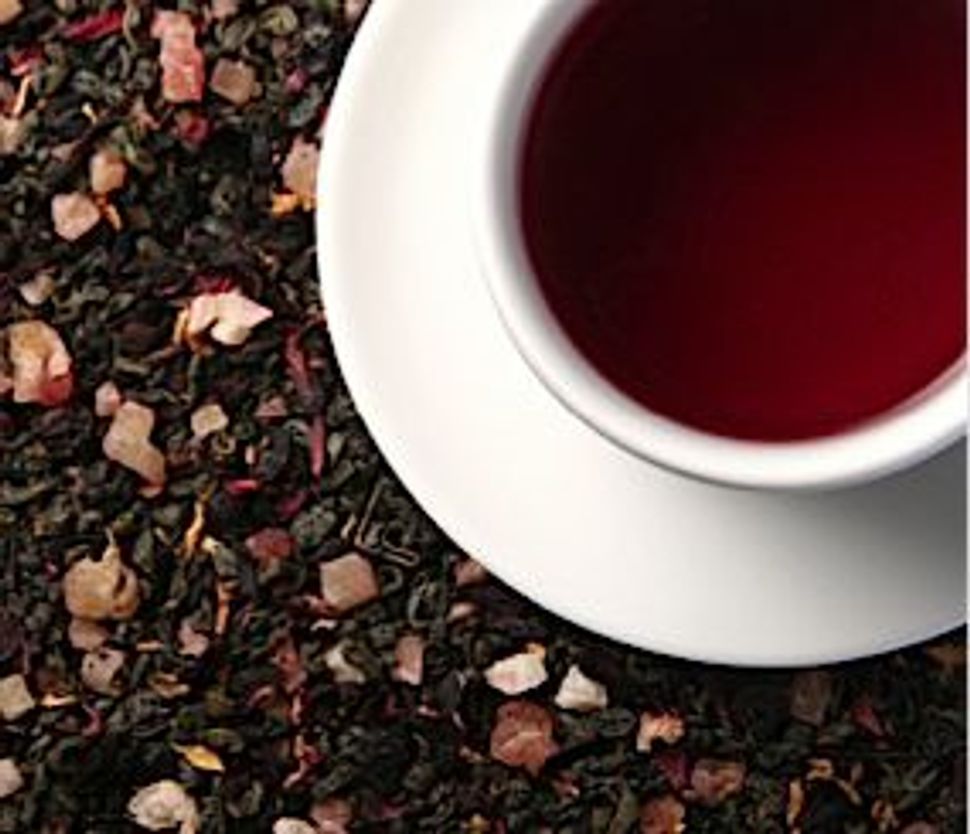 Israeli culture balances itself between hot modern trends and deep traditions. This trickles down, even to our choice of tea. Made with fresh herbs or traditional bagged tea, the drink is incredibly popular.

When it come to modern innovation in our teas, two relatively new shops on Tel Aviv’s Dizengoff Street, one of the main fashion thoroughfares, are stirring things up. One is Palais Des Thes, the upscale tea chain with outlets in only seven cities outside France, Tel Aviv being one of them. The store, open since 2010, offers what’s considered some of the world’s most exclusive green and black tea leaves, including artistically molded blocks of pu’er, that fermented, aged Chinese tea whose price recently soared and then crashed in yet another investment bubble.

And down the block is BoBoQ, one of Israel’s first bubble tea shops, which opened in late December. Bubble tea, the Asian craze that long ago broke into the United States and Europe, is now is seeking its first footing here. At BoBoQ, you can order balls of tapioca, or alternately jell-coated fruit juice, suspended in a warm or cold tea made from taro, coconut or other flavors, mixed up and sealed on the spot with flashy machines.

But that’s not what most people here drink when they have tea. Despite the innovations, this is a traditional country, remember? From kibbutzim to Arab villages and even in cities like Tel Aviv, most people prefer something herbal, teas that don’t include tea leaves, known as halitot — infusions. Spearmint is a perennial favorite, but other herbs, including sage, lemon grass, lemon verbena and even sometimes wormwood, are also common. Occasionally the herbs are reinforced by a teabag of simple black tea; often they’re sweetened with lots of sugar. You can make your own herbal tea, with leaves picked from the patio or yard, making tea an especially seasonal affair. Conveniently, many herbs burst to life just when you need them most — the cold rainy winter sends them into growth spurts. Alternately, you can purchase blends of dried herbs — many of the little spice shops are happy to give you their own special blend, or mix one to your liking.

And then there’s the slightly more posh mixes of dried fruit and spices. You can find them served at restaurants and coffee shops, often in your own personal tea kettle. Or, you can buy them from spice stands by weight, scooped out of big bags with names like forest berries, exotic fruit, apple cider and Indian chai. The mixes contain chunks of fruits like hibiscus, apple and apricot, and spices like cinnamon and cloves. The ingredients are generally imported — this land has a history of spice-route trade dating back to the third century BCE — while the blends are sometimes prepared locally.

“The most popular teas are lemon verbena and fruit-based infusions,” says Roni Shiram at Teva Bacarmel, a tea and spice shop behind Tel Aviv’s Carmel market. Lately, more people have been buying green tea as awareness of its health benefits spreads, he adds.

Nahlieli Amrani, whose store within the Carmel market has been around since 1935, says it all sells — herbal teas, fruit teas and teas made from actual tea leaves. Younger people prefer the herbal teas, while older ones buy fruit teas, he says.

And what tea does he prefer?

“Beer,” he says without skipping a beat.

Pour boiling water over 2-3 pieces of lemon grass, 3-4 leaves lemon verbena and 1 spearmint sprig in a glass. Adding sugar, honey or a teabag of black tea is optional. Let steep for a few minutes, until the tea is a light golden color.

Shopping for teas in Tel Aviv:

Here are a few of the many stores where you can try the variety of teas available here:

Amrani Snacks, within the Carmel Market, Hacarmel 15 – for a nice selection of teas, particularly fruit- and spice-based teas