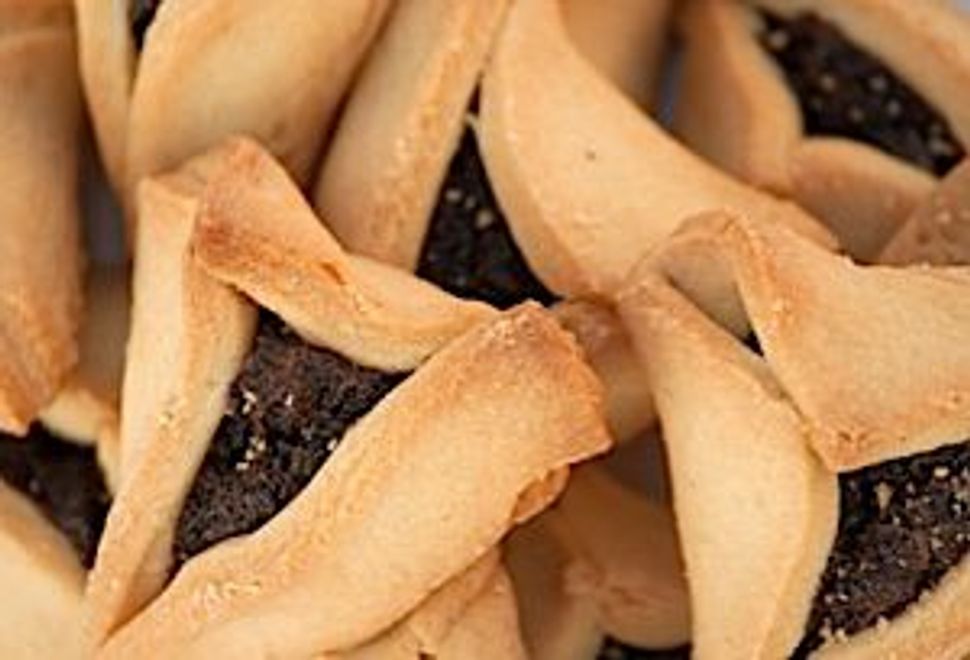 Living in a small Brazilian village an hour’s drive from the northeastern city of Recife, it’s easy to forget the rhythms of the outside world. We had barely finished cleaning up from the revelry of Carnival, when an email arrived to remind me of the onset of Purim and that the costume wearing, drinking in the streets, and sweet treats, were yet to be over. Purim, at the back end of Carnival, seemed a perfect fit for my adopted Brazilian community. And just like that I was making hamantashen, the signature, three-cornered holiday cookie.

Now, it’s true that Recife was the first Jewish community in the New World, where Sephardic Jews found refuge when the area was a Dutch colony between 1630 and 1654. But if Jews ever stepped foot in my little shtetl, Paudalho, 22 miles inland, their presence is lost to the mists of history. Today — more than 350 years after the Recife Jews fled the conquering Portuguese for another Dutch colonial backwater, New Amsterdam — the Jewish population of Paudalho stands at exactly one. I am also the only American and the singular graduate of the Culinary Institute of America.

Paudalho is easily walkable from end to end in 30 minutes or less. It has no stop lights. No two-story structures. Five Churches and two bridges — only one during the winter rainy season. It also boasts many free-roaming horses, cows, dogs, cats and donkeys.

What the town lacks in development it makes up for in warmth and hospitality. My new friends and the family of my girlfriend are open to my North American ways. They accept my attempts to adapt my background to my new environment. They look on with bemusement as I go about my life with an attitude of “Yes, I am a gringo, and I clearly have only the slightest idea what I’m doing.” This openness was particularly welcome as I attempted to create alien pastries for an unknown holiday of an exotic religion. I was also comforted in knowing that Brazilians love their sweets.

The foundation of hamantaschen is relatively simple — a dough of sugar, flour, eggs, and margarine — and a no-brainer for a culinary grad worth his toque. I made the dough in ten minutes and began its required refrigeration process of at least two hours. The more interesting part was going to be the fillings.

The standard fillings at home have always been apricot jelly, cherry/strawberry/raspberry, and poppy seed, with slight variations. But in my small town, where the local store more resembles a corner bodega than a Whole Foods, my thoughts were, well, excitedly open-minded, to say the least.

I just went shopping, hoping that the muse might strike at some point between the canned goods, the dehydrated meats, and the toys. I found that the butcher, besides hawking questionably safe-to-eat meat, also happened to vend recently, and locally, dried prunes by weight. I discovered a plastic tub of guava jelly, a standard dessert ingredient here, and a slew of nuts, granola, and an artisanal natural honey that had both the flags of Brazil and Israel on the label. Excited by my great shopping success I was happily on my way to check out, when I saw the finale to this adaptive adventure: a ready-made can of the most popular treat in Brazil called “brigadeiro.” Light bulb!

With the consistency of a Tootsie Roll and the flavors of caramelized, sweetened condensed milk, Nesquik, and butter, brigadeiro (which typically comes in the form of a truffle), I thought, would be the perfect bridge between the semi-nuvo, semi-sweet- chocolate filling from home, and a brand new, blow-you-away-chocolate filling from here. My hope was that this would prove a perfect way to ensnare hesitant community members into probing the customs of the Jew, by way of a cookie.

I commenced my filling production. Guava jelly came easily. Done. I soaked the prunes in red wine, orange juice, honey and cinnamon. I made a nut mix with granola, a Brazilian nut called “linhaça,” orange zest, honey and cinnamon. The tough one was going to be getting my brigadeiro to just the right consistency for my Brazilian critics. I combined sweetened condensed milk, powdered milk, butter and chocolate powder, and put them on the stove. After 45 minutes of undivided attention, constant stirring, sweat, and a few caramelizing sweetened condensed milk burns on my forearms, I gauged by the thickness of this boiling pot of sugar that it was done.

Brazil’s equatorial humidity made working the dough difficult so into the freezer it went. When the dough was ready, I cut it into circles just as my mother taught me, but I used a metal mug displaying the coat of arms of our house’s favorite soccer team, “Sport.” I folded them into triangles, brushed them with egg wash for shine, and finished the brigadeiro cookies with the appropriate chocolate sprinkles. After 20 minutes in the oven, 30 perfect cookies emerged, six of each filling. Childhood memories actualized on a different continent, in a different hemisphere, in a place where the likes of these cookies, or “biscoitos,” as they would soon be called, had never been seen. Or, maybe they were — 400 years ago.

I mounted my 100cc motorscooter and delivered my hamantashen as mishloach manot. My girlfriend preferred the guava-filled hamantashen, while her mom and aunt adored the date filing, and her cousins all favored the brigadeiro. When I dropped off the cookies, I shared the story of the holiday. For many of us, learning tradition starts in the kitchen — we learn while we eat, and eat while we learn. This year Paudalho, Brazil, learned about my people’s history, while they ate the cookie my ancestors have been enjoying for centuries — with an extra measure of culinary love, and a twist of local flare and flavor.

Ben Rubin, a recent graduate of the Culinary Institute of America, lives in Paudalho, Brazil.