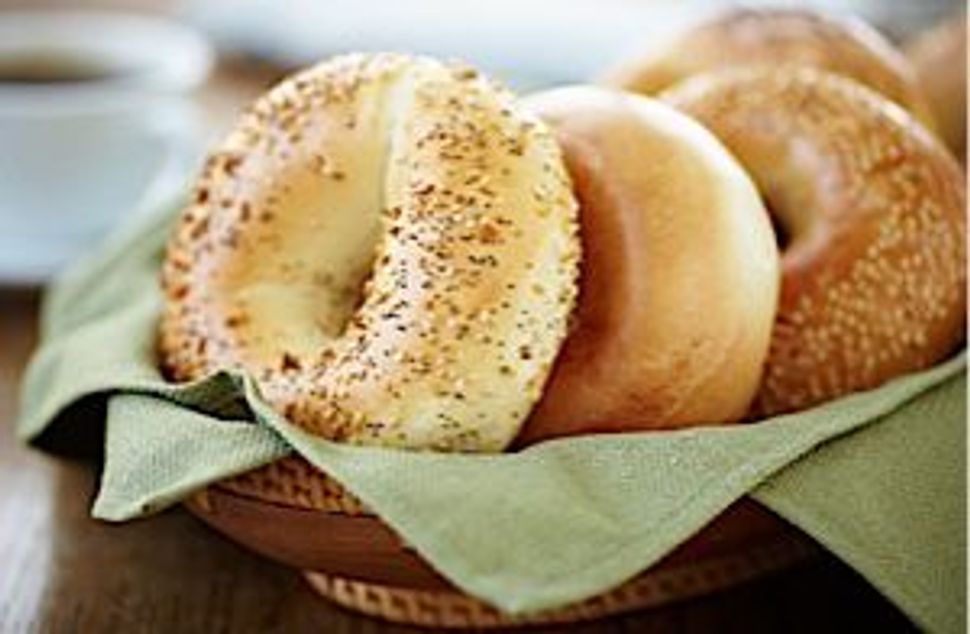 Murray Lender, unfortunately, did not live long enough to read in the upcoming May issue of Consumer Reports that it gave his frozen bagels high marks (while daring to question the supremacy of the New York bagel, no less).

Lender, 81, died in a Miami hospital on March 21 from complications from a fall, according to his wife Gillie Lender. Her husband had already lost his ability to speak following a stroke 13 years ago.

Check out a complete timeline of the bagel

Most Americans knew Lender from the commercials he did for his family’s brand of frozen bagels. In fact, most Americans would not have even known what a bagel was were it not for Lender’s Bagels. It was the Lender family’s idea to widely distribute frozen bagels around the country (beginning in 1960) that brought something that used to be familiar only to patrons of small local East Coast bakeries to the masses in the Midwest and elsewhere. The Lenders claim to have also been the first company to package fresh bagels in plastic bags for sale in supermarkets, starting in 1955.

Lender’s Bagels was founded by Murray’s father Harry, who had immigrated to the U.S. from Lublin, Poland in 1927. Harry opened a bagel bakery in New Haven, Connecticut, one of the first in the U.S. to be established outside of New York. It soon prospered, and Harry was eventually joined in the business as it expanded by two brothers and his sons Murray and Marvin (born in 1930 and 1941, respectively; there was also a daughter, Helen).

Murray, who was Lender’s Bagels chief executive, stayed on as the company’s spokesman after it was bought by Kraft Foods in 1984. While many would beg to differ with Consumer Reports’ findings, Lender would have likely stood his ground about the taste and quality of his bagels, which he said catered to the convenience demanded of the busy lifestyle of today’s consumers. “Taste is a very subjective matter,” he once told the AP. “It’s clear and simple: We make 2¾ million bagels a day. Obviously an awful lot of people are happy with it.”

Murray Lender died as his family’s company, which is now owned by Pinnacle Foods Group, celebrates its 85th anniversary this year. He can rest in peace knowing that he played a major part in bringing “the roll with the hole” to non-Jewish Americans, and in convincing millions country-wide that everything’s “better on a bagel.”