The Oldest Haroset Recipe in America? 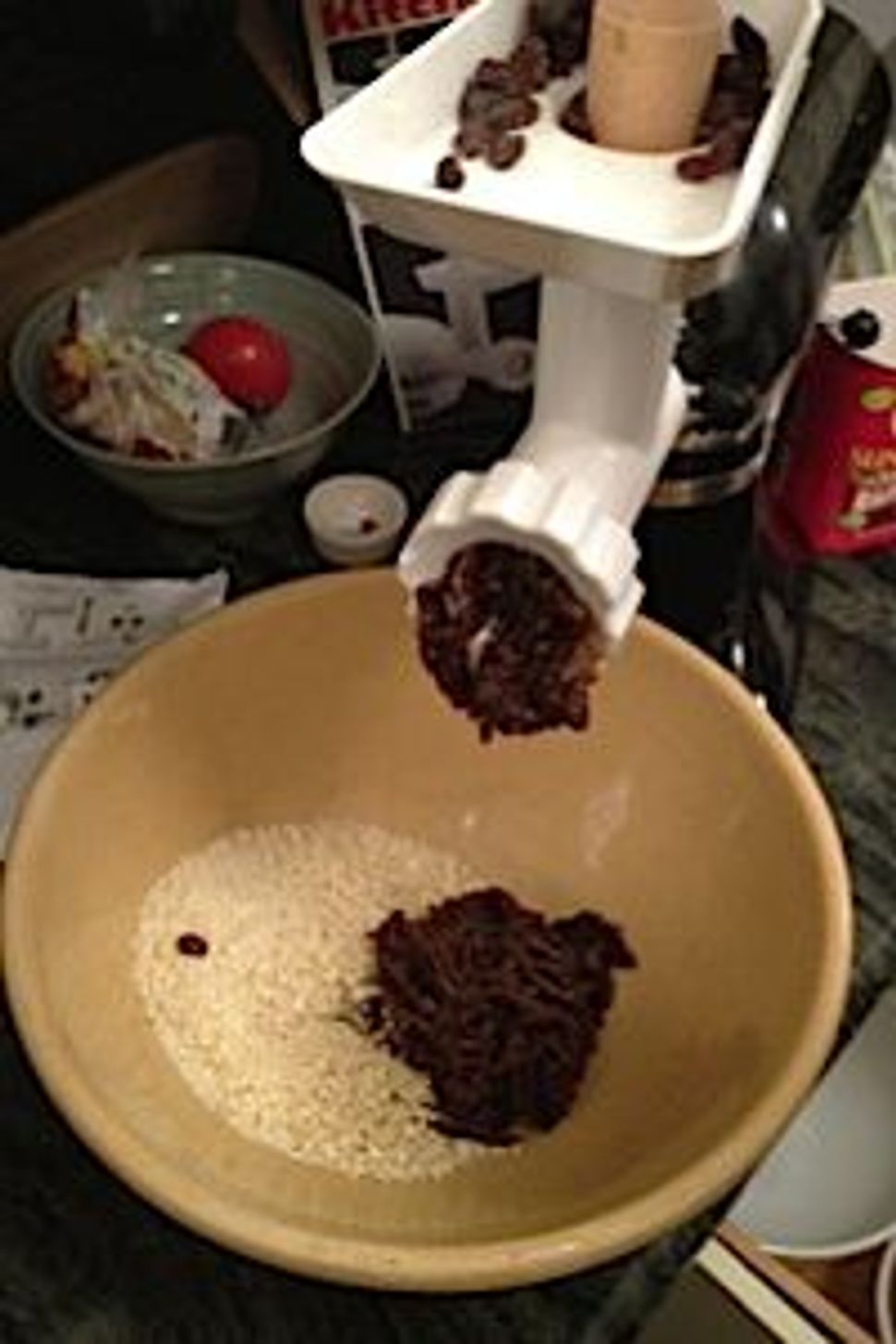 The trick with Sephardic haroset is in the mixing. You use your hands, you call for more grated apple until it feels wet enough, then you add ground almonds until the raisin mush gets a little itchy between your fingers.

Haroset is the Seder plate’s sweet counterbalance to the bitter herb. No specific recipe is prescribed, so each tradition has come up with its own version. Ashkenazic haroset has lots of wine and nuts and is gross; Sephardic haroset is sticky and delicious.

Our Sephardic haroset is, I suppose, of the Spanish and Portuguese sub variant. Our family got to New York in 1654, and though they stopped off a couple of places on the way they never stuck around long enough to add figs or oranges or dates or, god forbid, coconuts to their haroset recipes.

The Nathan recipe, then, is straightforward: Raisins, almonds, grated apples, a little cinnamon. Mix until it all feels right.

The specifics of preparation have been gradually adapted. I think at one point we used one of those half-moon knives like they have at Chop’t to cut up the almonds; now we use a Cuisinart. We used to screw together the old hand-cranked steel meat grinder to mash up the raisins; now we use a plastic meat grinding attachment for the Kitchenaid. The apples are ground against a cheese grater.

New tools require new techniques. A note stuffed in a folder six years ago by some cousin or other advises the use of speed setting number four on the Kitchenaid. “Don’t pack raisins in hole,” the note continues. “They clog and if air can’t get in it won’t grind.”

What hasn’t changed, though, is the mixing. We wash our hands, then stick them in a big brown bowl and squeeze the ingredients together. Cousins fight over whether the stuff is “squishy” or “hard and itchy,” and who invented the rhyme. (My brother says he did, my cousin says it was him. As an impartial judge, I’m open to bribes.)

Eventually, my grandmother tastes the haroset and decides it’s ready. The huge lumps get bagged and put in the fridge until just before seder, when they’re pulled apart and rolled into pieces just smaller than a ping-pong ball. We stick whole blanched almonds into each ball and serve, two to a plate, alongside little rectangles of fresh horseradish.

That’s the received wisdom of a bunch of generations of New York Nathans. I’m not going to give you the proportions of apples to raisins to almonds to cinnamon. That feels wrong, and against the spirit of things. Just mix it together until the squishiness and the itchyness are in some kind of balance and then let my grandmother taste it and she’ll let you know if you’ve got it right.

The Oldest Haroset Recipe in America?