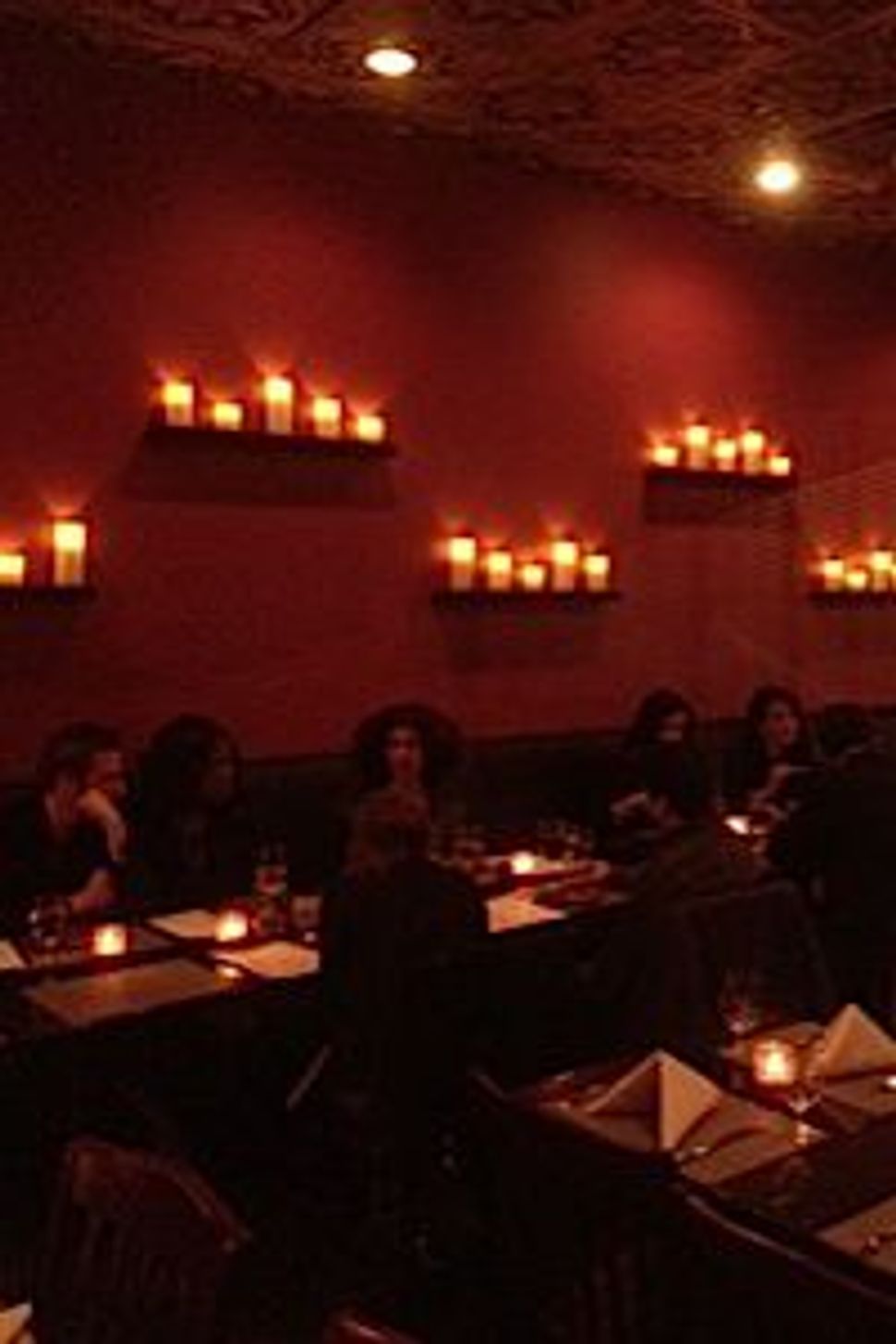 In New York City, it’s difficult to come up with a kosher food concept that’s truly novel. But chef Alexandre Petard seems to have done it with the recently opened Latin-fusion eatery Ladino Tapas Bar & Grill.

“I had been approached by people to open Kosher restaurants, but they’re always steak or sushi. I just don’t find that very interesting,” Petard said. “I realized that the kosher world didn’t have any Spanish-style tapas restaurants, and there’s been a huge explosion of those kinds of restaurants outside the Kosher world, so I started testing recipes. It just worked,” he said.

Petard, a third-generation chef, who worked with famed French restaurateur Jean-Georges Vongerichten. He also worked at upscale kosher restaurants like the now-shuttered Box Tree and Bistro Grill on Long Island.

He thought opening a kosher restaurant could defy the difficult economy that many non-Kosher restaurateurs are facing head on. “If it’s good and interesting, kosher people will go,” said Petard, who is not Jewish (“nobody’s perfect,” he said with a laugh).

Petard also thought the Spanish style of small plates (or tapas), would be a welcome choice for diners in this economy. “People can get three tapas and a frozen margarita or mojito for under $40,” he said.

Relying on the traditionally pork-heavy Spanish cuisine would have been too limiting, so Petard decided to include Portuguese and Mexican-style food as well, bringing with him many of the Mexican cooks he’d worked with in the past.

Dishes at Ladino (whose name refers to the Judaeo-Spanish romance language) include warm and cold tapas, appetizers and entree-sized plates. Among the cold tapas are a Spanish omelet, anchovy-stuffed deviled eggs and a watermelon and jicama salad. Hot tapas include salt cod fritters, fried yucca and lamb chops served in a chipotle sauce — which so far has been the most popular dish on the menu. For entrees, guests have been downing chicken roasted in banana leaves and braised short ribs. And he sells out of churros — fried doughnut-like desserts — almost every night of the week.

Petard also makes his own sorbet and non-dairy ice cream from scratch. “If you come downstairs at 10 at night, you’ll see me there making my ice cream,” he said.

While the majority of Ladino’s patrons are kosher, the restaurant has also attracted tourists, the after-work set, and night owls looking for snacks to accompany their drinks. The bustling bar business is one of the reasons Petard vows to open the restaurant every Saturday night — regardless of how late Shabbat ends. On Saturdays (post-Omer), the restaurant will feature live Spanish music, and (complimentary) hand-rolled cigars, too.

But it’s the sheer novelty of a Kosher Latin-fusion tapas-bar-cum-restaurant that brings some inherent challenges. “It’s not easy at all,” Petard said. “Every week we update our menus and recipes thanks to a new ingredient we can finally find. It took two months to get kosher smoked paprika. Can you believe it? It’s also very difficult to find chipotle sauce. We just got Mexican chocolates from Massachusetts, so I’m going to make chocolate sauce for churros and Mexican chocolate ice cream. It’ll all come together … it just takes time,” he said.