Tales of Breaking Bread in the Galilee 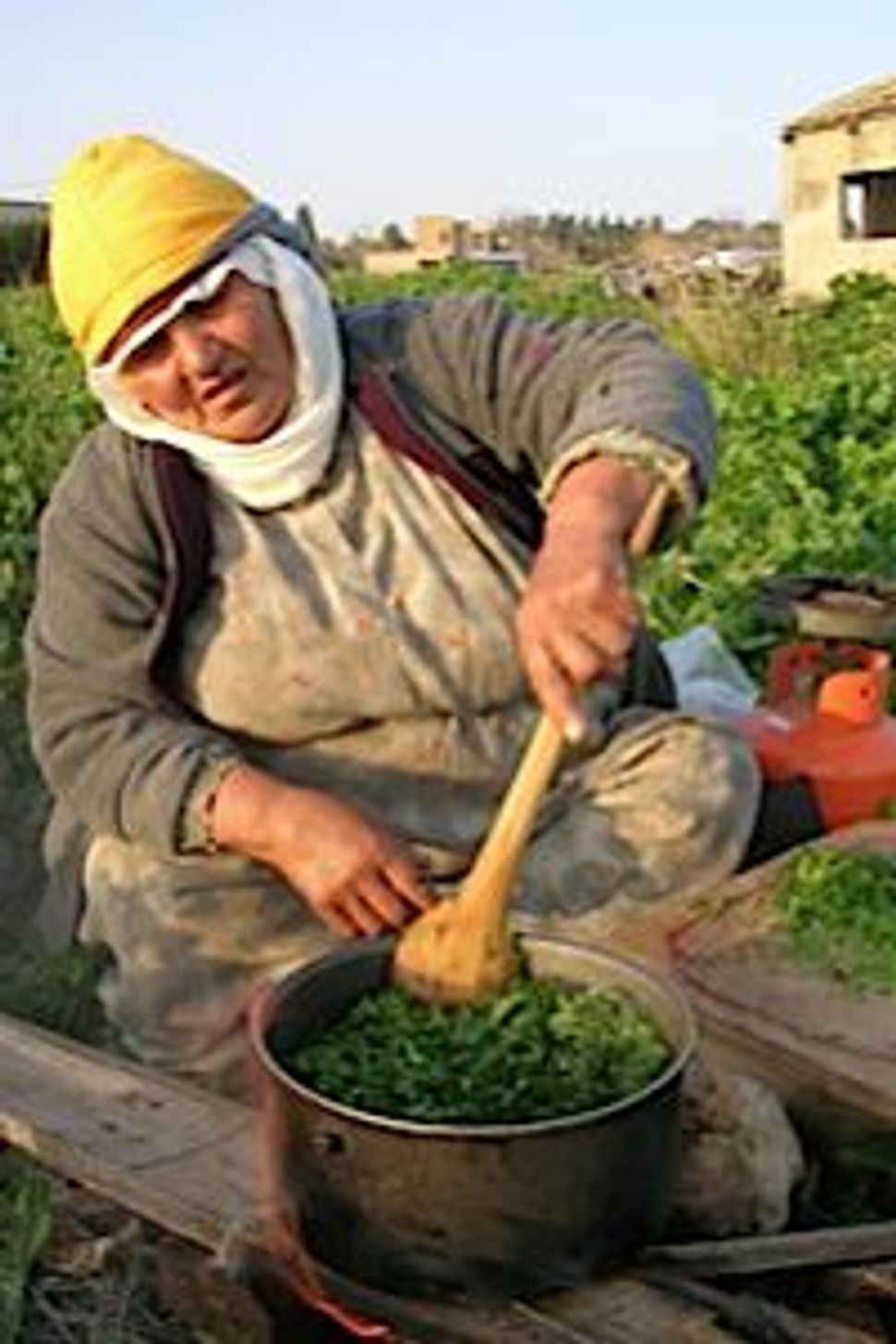 Image by Courtesy of Abbie Rosner

When Abbie Rosner, A Jewish woman from Washington, DC, moved to Israel’s lower Galilee in the late 1980s she probably didn’t anticipate developing a fascination with the foods of the bible, learning to forage wild edible plants, or befriending the neighboring Arab Bedouins. But that’s exactly what happened, as she explains in her new book “Breaking Bread in the Galilee. Part culinary memoir, part study of the traditional foodways of the region, and part ode to the lasting friendships she’s made, it’s a delightful and heart-warming look at the power of food as both a link to the past and a tool of communication.

Israel is commonly referred to as the Land of Milk and Honey, but Rosner delves deeper into this, turning to the bible as a literal description of the agricultural landscape of the Galilee. “I set out on an adventure, using the local foods of the Galilee as my compass, to trace the living links to the ancient past of my contemporary agricultural landscape,” she writes in the introduction.

Rosner is able to bridge the Arab-Jewish divide by displaying a sincere curiosity about Arab culinary traditions. “With my interest in food extended as an olive branch,” she writes, “not only did I encounter hospitality instead of barriers, but I was invited time and again to sit down and break bread.”

The book is divided into chapters based on the foods she encountered, places she visited, and people she met. Although American readers may be unlikely to encounter luf (called arum in English), a semi-poisonous edible plant, it’s still fascinating to read about Rosner’s attempts to cook it until it no longer causes a tingling sensation when eaten. Rosner also shares with readers how she learned to cook with freekeh (green wheat), discovering the culinary secrets of Nazareth, and building a tabun (a traditional wood oven) in her backyard.

With perseverance and friendship, Rosner finds people still practicing traditional methods of farming, making bread and wine, pressing olive oil, and grinding wheat. While she romanticizes this way of life, and the simple act of living in tune with nature, Rosner is realistic about the future. She writes about the children who do not wish to follow in their parents footsteps, of the crops that are no longer profitable to plant, and the modern ways that have replaced ancient ones.

In the US, there has been a resurgence of interest in using heirloom ingredients and employing traditional foodways. When I asked Rosner if anything like that was happening in Israel, her outlook was bleak. “At this point,” she says, “the traditional foodways described in my book — particularly as they are practiced in Arab communities — are at the cusp of extinction. I think there is an emerging interest in local foods among Jews here in Israel, but I believe it is developing independently — without any attempt to pick up threads of what already exists.”

Despite the good dose of realism, “Breaking Bread in the Galilee” is a celebration of the Galilee and its inhabitants, and a testament to what happens when people from completely different backgrounds take the time to listen to one another. “My most heartfelt hope,” wrote Rosner in an email, “is that the example of my experience using food as a bridge will inspire others here in Israel to do the same.”

And Esau said to Jacob, “Give me some of that red stuff to gulp down, for I am famished”…Genesis 25:30

Mejadra is most commonly known as a Middle Eastern dish pairing lentils and rice. In the Galilee, where wheat was king and rice an exotic import, the lentils were matched with coarsely ground bulgur instead. The “red stuff” that Esau hankered for is generally considered to have been lentil stew. Galilean mejadra is distinguished by its ruddy color, derived from the onions that are bronzed in a long and copious olive oil bath. Mejadra, served with leben and a little fresh salad, is Galilee Arab comfort food.

1) Cook the lentils in 4 cups boiling water until soft (about 1 hour).

2) In the meantime, sauté the onions in the olive oil over medium-low heat until very brown but not burned.

3) Once the onions are browned, add 2 cups of water to the pan and stir well.

4) When the water has almost boiled away, add the bulgur and mash it into the onions with a wooden spoon.

5) When the lentils are soft, add them, plus as much cooking water as you need, to more than cover the bulgur. (The type of lentils and bulgur used, and how much water is left in the onions, will determine how much water to add. You can always add more water or let excess cook away.)

6) When the bulgur is cooked through, season with salt to taste.

Reprinted (adapted slightly) with permission from “Breaking Bread in the Galilee.

Tales of Breaking Bread in the Galilee