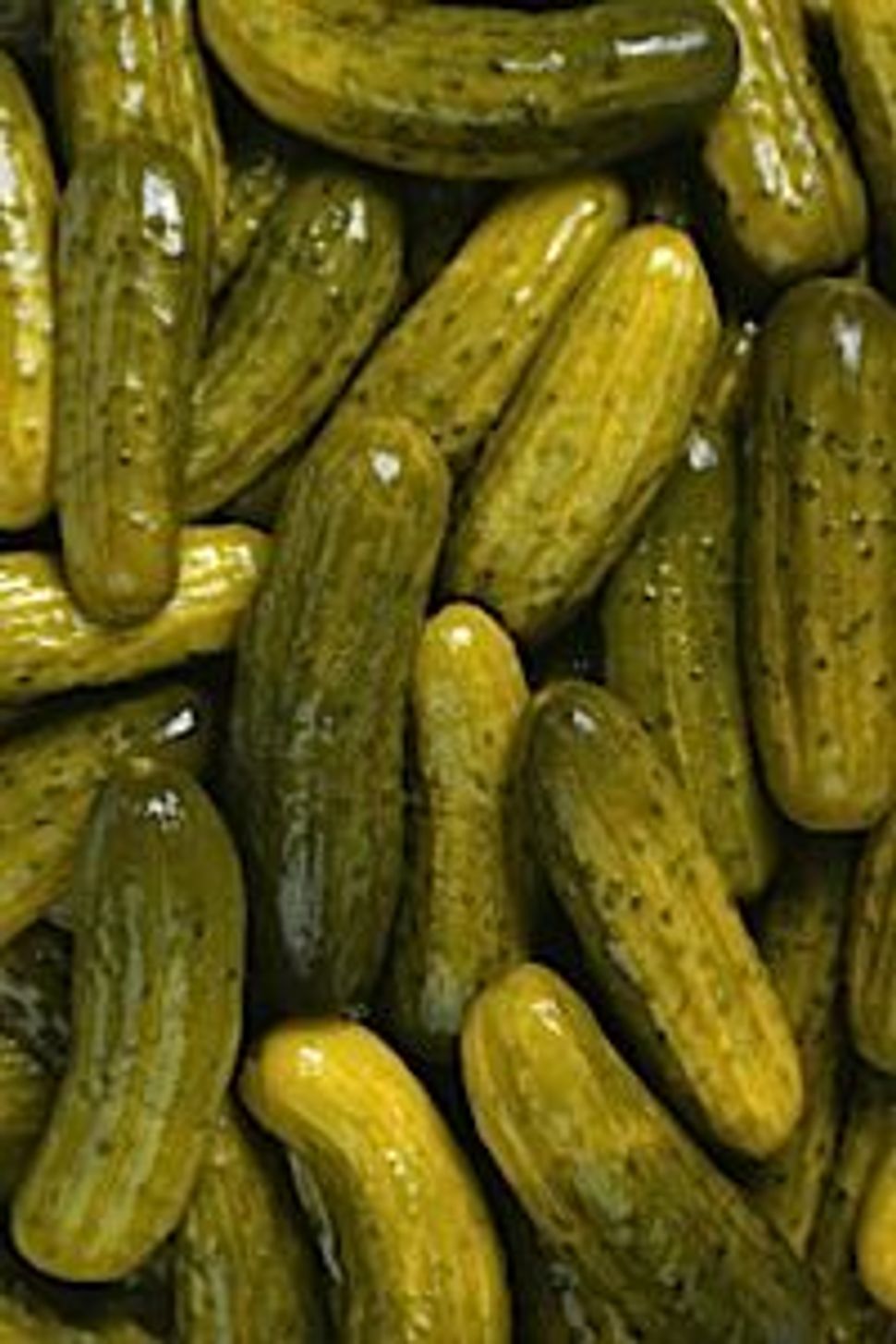 Consumer Reports recently recruited a team of five expert tasters to sample 10 different brands of pickles. After three days of pickle chomping, the taste testers reached a conclusion: Only the Whole Foods house brand, 365 Everyday Value, earned the ranking of “excellent.” Trader Joe’s pickles came in second. Almost all of the other brands, including Vlasic, B & G, Claussen and Boar’s Head kosher dill spears, merited the rank of “very good.” One poor entry, the Ba-Tampte Kosher Dill Deli Spears pickle earned the sad rank of “good,” the lowest rank of the bunch.

How did Consumer Reports go so wrong?

A look at the report makes clear that the experts were not looking for the kind of pickle that the man in the appetizing store fished out of a wooden barrel for me when I was a child.

They did not seek a true sour pickle, or even its less mature relative, the half-sour. Taste testers on the investigative team at Consumer Reports stated that they were looking for pickles with “crispy skins,” and “crunchy insides.” They note without comment which pickles have “bright colors,” as if this does not disqualify a pickle from consideration and might even qualify as a virtue.

I feel wounded. To rub salt into my wound, the magazine provides “helpful” definitions. “Dill pickles sometimes may mean that the pickles might have dill weed added to their brine. Other time it just refers to large size.” According to that definition, a dill pickle does not need any dill at all. Calling pickles “kosher,” according to the post, “doesn’t necessarily mean that the pickles were prepared under a rabbi’s supervision, just that garlic was added to the brine.”

The people at the Ba-Tampte company of Brooklyn know what they are doing. When Meyer Silberstein founded the company in 1955, he had learned how to pickle cucumbers from his father and grandfather, who made pickles on the Lower East Side. Today, Silberstein’s sons and grandsons run the company.

The sour pickle from Ba-Tampte or a barrel on the Lower East Side does not wish she was vinegar-cured, crisp, or brightly colored, with a crunchy inside. She wants to be herself, naturally fermented, grayish-green, with a yielding texture — but I do not need to describe a sour pickle to readers of the Forward.

I think I’ll console myself with a real sour pickle.

Read about Jewish pickles from around the world here.