Does Hebrew National ‘Answer to a Higher Authority’? 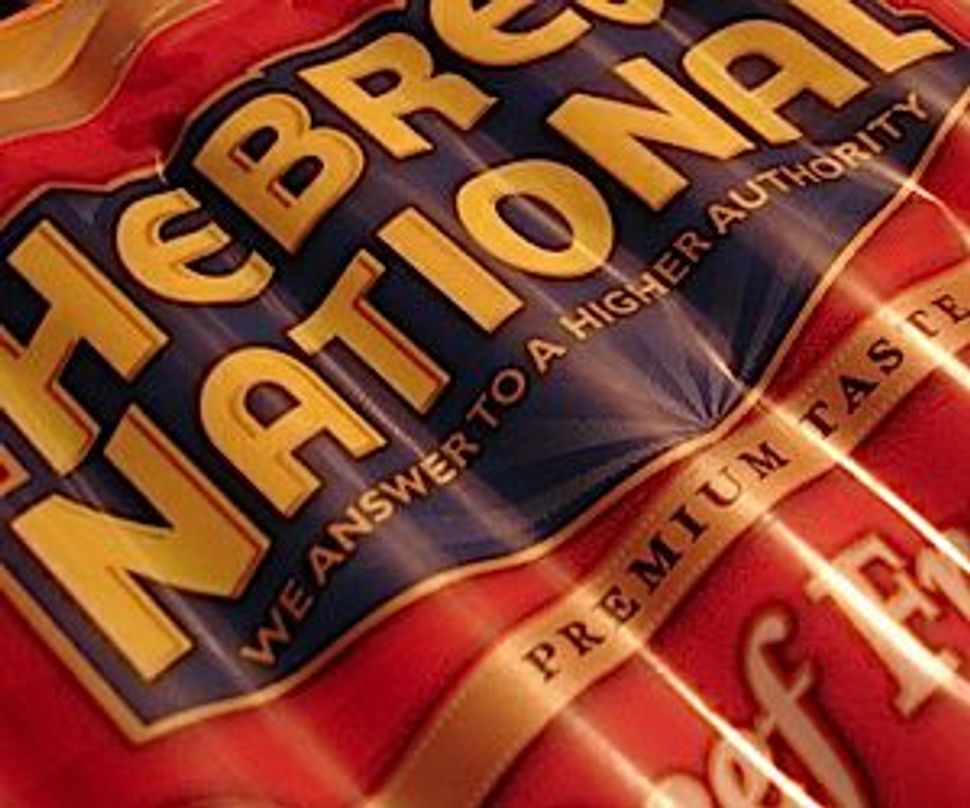 Kosher BBQ enthusiasts and other fans of the essential kosher hot dog, Hebrew National — which advertises that they “answer to a higher authority” — have been following a recent lawsuit alleging that the company’s franks and other products are not kosher.

The suit was filed against ConAgra, the parent company of Hebrew National, by 11 plaintiffs who live around the country on May 18 in Minnesota’s state court. The plaintiffs are seeking unspecified damages and restitution for ConAgra’s “deceptively and misleading mislabeling Hebrew National products as strictly 100% kosher, when they are not,” according to court documents. These products include Hebrew National’s line of hot dog/beef franks, salami, sausage and deli meats. At issue is not whether or not the meat used is beef, but rather whether it is slaughtered and handled according to kosher standards.

ConAgra, which has until July 13 to officially respond to the complaint, rejected all the claims and pushed to have the case moved to U.S. District Court for the District of Minnesota.

“Although several such complaints were made…both entities did nothing to correct the transgressions,” the court documents allege.

Triangle-K, in it’s own statement called these claims, “Outrageously false and defamatory allegations,” and suggests they were put forward by “anonymous disgruntled individuals.” It goes on to defend the kosher supervision of their slaughtering process from inspections of meat to examinations of knives.

The organization threatens to institute proceedings in rabbinic court (a beit din) against anyone who defames Triangle-K. If the beit din authorizes the organization to file a lawsuit against the person, it says it will do so.

In the latest twist in this meaty saga, AER said that it would file a lawsuit of its own today against the newspaper the American Jewish World and its editor Mordecai Specktor for defamation. The suit claims that the newspaper, which broke the story on the original lawsuit, didn’t “validate the false accusations and allegations,” according to the Algemeiner.

Specktor claims that the article is truthful. “We’ve been hearing from people inside AER for nearly two years,” about employees who have complained about non-kosher practices occurring long before any lawsuits were filed, he told the Algemeiner.

Although this case has been grabbing headlines in the Jewish and general media, it is not clear yet what its short-term or long-term effects will be on kosher consumers’ eating habits. As we head toward July 4 and its traditional barbecues, Rabbi David Booth, senior rabbi at the Conservative Congregation Kol Emeth in Palo Alto, Calif. told The Jew and the Carrot that he intends to continue eating Hebrew National hot dogs. As far as he knows, “there were some problems [with their kashrut] in the early part of the last decade, but those issues have been resolved.”

Booth says he trusts the kashrut subcommittee of Rabbinical Assembly’s Committee on Jewish Law and Standards, which approves of the Triangle-K hekhsher. Rabbi Paul Plotkin of Temple Beth Am in Margate, Fla. is the head of that subcommittee, and told us that the Conservative movement will stand by its endorsement of the kashrut certification “until something comes to light to prove otherwise.”

Plotkin personally visited the plant with a team from the Jewish Theological Seminary said he issued a positive report. However, that visit was eight years ago.

Plotkin refused to speculate on what might be driving the lawsuit against Hebrew National, other than to say, “Anyone can file a lawsuit, and any business has disgruntled employees or ex-employees. Everyone’s reputation is vulnerable.”

Booth, who emphasized that Hebrew National is not a Glatt kosher product (and doesn’t claim to be one), said the suit might be “an effort to stop the last major purveyor of non-Glatt meat products.”

For Glatt-observant people like Rabbi Joey Felsen, the Orthodox executive director of the Jewish Study Network in the San Francisco Bay Area, this case is a non-issue. “I never buy Hebrew National.” In his experience, “most of the kosher-eating consumers avoid eating it,” he said.

Does Hebrew National ‘Answer to a Higher Authority’?