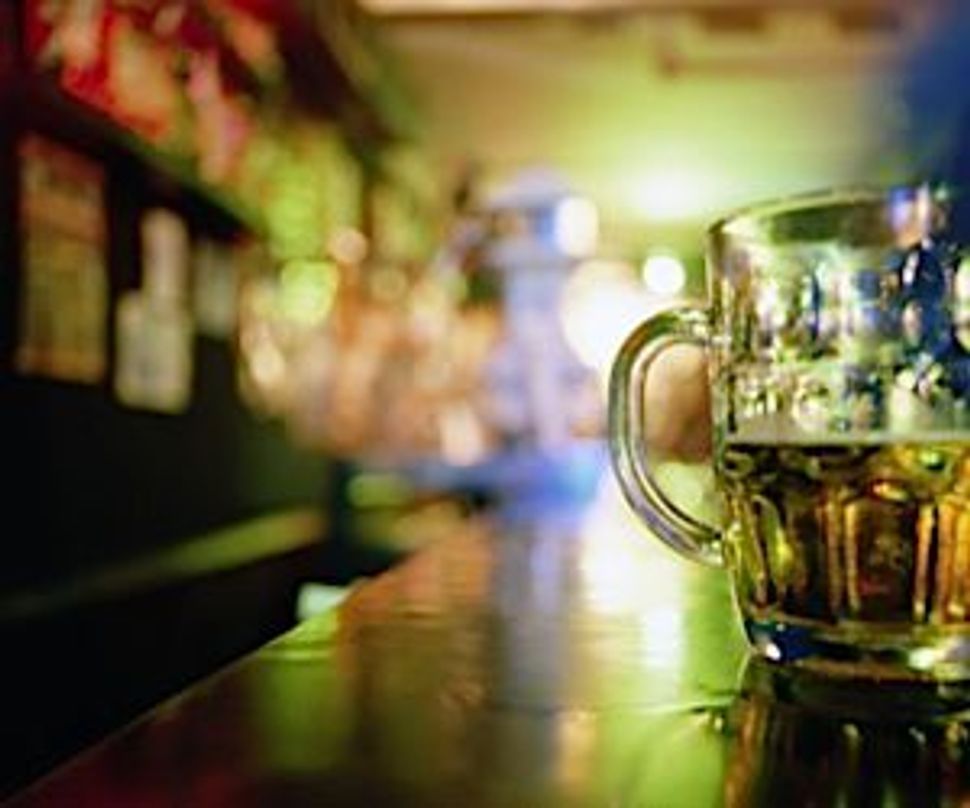 “It’s not actually a Jewish pub,” explained Robert Greene, business partner at [The Castle][1] in North London, which has a dance floor, garden patio, real ale menu and a halachic twist: it’s the only kosher pub in the country.

“We’re providing a service that everyone can enjoy, the food just happens to be kosher — I mean — it is still kosher but it just hasn’t got a certificate at the moment,” he added.

So it was the only kosher pub in the country, licensed by the Federation of Synagogues Kashrus between Hanukkah of last year and last week.

Greene sounded weary on the phone, and forgivably so: the accountant turned publican has spent the last week negotiating the politics of kashrut authorities and fielding calls from the Jewish press.

The Castle’s kosher cheeseburger might not have made headlines while it was under certification (glatt kosher meat from the Licensed Kosher Meat Traders’ Association topped with pareve cheese). But, since the Federation revoked its license following an event at The Castel catered by a caterer with kosher certification from different authority, it is all of a sudden, to Greene’s bemusement, international news.

Readers of Vos Iz Neias, the American Orthodox blog, had questions: Was there a violation of approved ingredients? A political clash? Does it all come back to the money? And do we even need a kosher pub?

There’s no dearth of kosher restaurants in the UK, but a pub is something quite different: think a centuries old tradition of “Cheers” crossed with BBC America. You don’t have to go to a kosher pub to be able to drink kosher, and a kosher pub was always going to be an interesting balance to pull off.

“We are really a pub — first and foremost,” said Greene, who reckons that 30-40% of his clientele are non-Jews, who were regulars long before the place became kosher. That crowd kept drinking as management set up a special company in order to be licensed by the Federation from Saturday night to Friday afternoon, and stay open — with a closed kitchen — during Shabbat.

These arrangements don’t matter right now: the Federation, which says that warnings were issued in advance by phone and in writing, is adamant that the pub is no longer suitable for kosher certification with the present management.

“They had a caterer there who was not on our license” said Dayan M. D. Elzas, the Federation’s director of kashrut. “We were aware of the fact that certain things would not be up to our standard. We suggested how things could move ahead.”

The caterer in question is reported to be from Kedassia, the kashrut division of the Union of Orthodox Hebrew Congregations. A representative stated that there was no such place under their supervision, and they were not aware of The Castle.

Back at the Federation, Elzas admitted gently that when it comes to competition and cooperation between the kashrut authorities “there is both.”

As for Greene, he’d prefer not to discuss the “unfortunate circumstance” and get back to business: be it last week’s appearance by Shir, a group of four klezmer musicians playing a variety of Jewish music, or this Friday’s DJ Kuba, playing House Progressive Trance.

It’s not really “just a pub,” then, and Greene admits he’s sees it as a kind of Jewish community center too. The Castle has hosted events for a number of Jewish charities, and you can inquire about booking your bar mitzvah online.

‘”New Chef Shlomi,” as Greene calls him, has joined the crew and a new menu will be announced shortly.