Not Everyone Is Happy With the Kosher Co-op 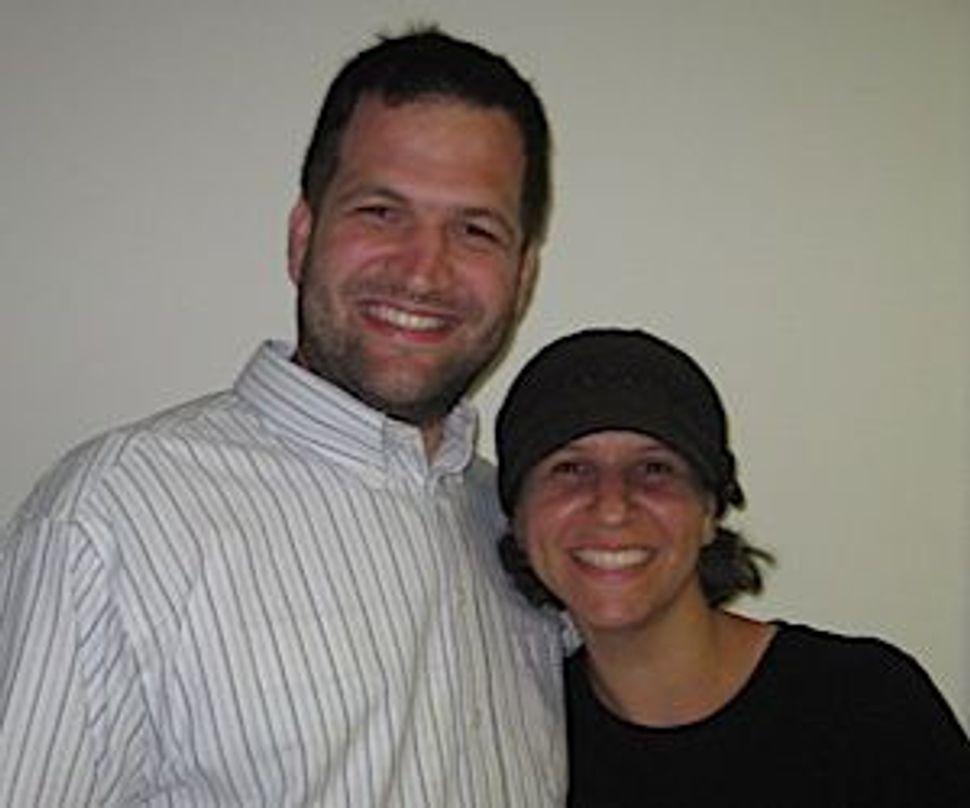 Chaim and Katie White own a network of 17 kosher co-op?s nationally. Image by Courtesy of Chaim White

Even before its planned July 17 launch in Phoenix, KC Kosher Co-op — which delivers bulk discount kosher goods in 17 cities — is ruffling feathers. Since its 2007 debut, the business has expanded into cities with limited kosher availability but significant Jewish populations, including Las Vegas, Columbus, Ann Arbor, Savannah, Raleigh, and Boca Raton. Though kosher co-ops of varying size have done business across the country for years, KC is the only national operation of its kind with a full-service online operation.

As the Jewish News of Greater Phoenix reported last week, Phoenix kosher consumers have hailed the co-op’s arrival. But the city’s kosher merchants are feeling threatened – and some local rabbis have even framed the co-op’s imminent arrival as an ethical issue. “This kind of enterprise… is at the expense of something else, which has long-term consequences,” Rabbi David Rebibo, head of the Greater Phoenix Vaad Hakashruth, told the Jewish News. “We have a certain moral obligation to be conscious of this potential damage that we can do to someone.”

Chaim White, the Kansas City-based IT executive who launched KC Kosher Co-Op with his wife, Katie — the “K” in “KC” — is shrugging off those concerns. Inspired by a low-tech co-op he had used while traveling in Dallas, White started the business after Kansas City’s only kosher market closed five years ago. “We go to great lengths to ensure the Co-op would be beneficial to a community before we start,” he told the Forward in an e-mail. “The few times this concern has been raised after we decide to enter a city, I’ve found it is from someone financially connected to the local kosher markets.”

On its web site, the co-op claims to carry about 5,000 products, from baked goods to dairy to fish and frozen meat. All the items carry kosher certification — “though some may or may not be acceptable to you, depending on your level of kashrut,” the site says. Across the board, White claims his prices beat whatever kosher retailers and even supermarkets charge, though he declined to detail the co-op’s business model. “We’ve developed unique technology and processes that allow us to offer food from hundreds of sources at bulk pricing… and maintain a lower markup than the competition. We also look at customer buying patterns to negotiate even lower prices on certain products,” White said.

Once KC Kosher Co-op hoists a flag in a new city, “people join and order on our website just like they would from any online store,” White said. Orders get shipped to a central location, usually a synagogue or Jewish day school; the frequency of deliveries depends on size of the order. “Our smaller co-ops have deliveries about every other month, one even twice a year. Our large co-ops have deliveries monthly. No matter the size of the co-op, we have never delivered more frequently than monthly as we’ve found that monthly is the most healthy rhythm for a city,” White said.

There hasn’t been much opposition in most cities where the Whites have set up shop. “In some of our cities there is not a real kosher market or section, so we are the only source of kosher food,” White said. “For the first time, there are cities that are able to get almost any kosher product, even fresh meat or poultry at prices below competitive markets like New York. In these small cities we can cut the cost of food by about half for the kosher consumer.”

A quick survey of online retailers does, in fact, reveal lower prices at Kosher Co-op. A 50-ounce jar of Lieber’s applesauce costs $4.24 per unit in a case of six at the co-op, versus $6.79 at kosher retailer AviGlatt.com. A box of 50 Gefen non-dairy coffee creamer packets, $5.99 at EastSideKosherDeli.com, clocks in at $3.64 on the co-op’s web site — if you buy a case of 12. Meat and fish, often the biggest expense for kosher consumers, comes frozen. A two-pound Cornish hen, $10.98 on Kosher.com, comes in at $3.59 apiece at KC Kosher Co-op — the catch, of course, being a bulk buy of 12 birds.

The Forward’s requests for comment from Imperial Market & Deli and Segal’s One Stop, two kosher markets in Phoenix whose business may be affected by the co-op’s arrival, were not returned. But Gavriel Gilkarov, who has owned Segal’s One Stop for five years, told the Jewish News that his shop could order in bulk for customers and offers bulk discounts upon request. “Tell them if they want to buy,” he insisted, “I can sell it to them.”

Not Everyone Is Happy With the Kosher Co-op