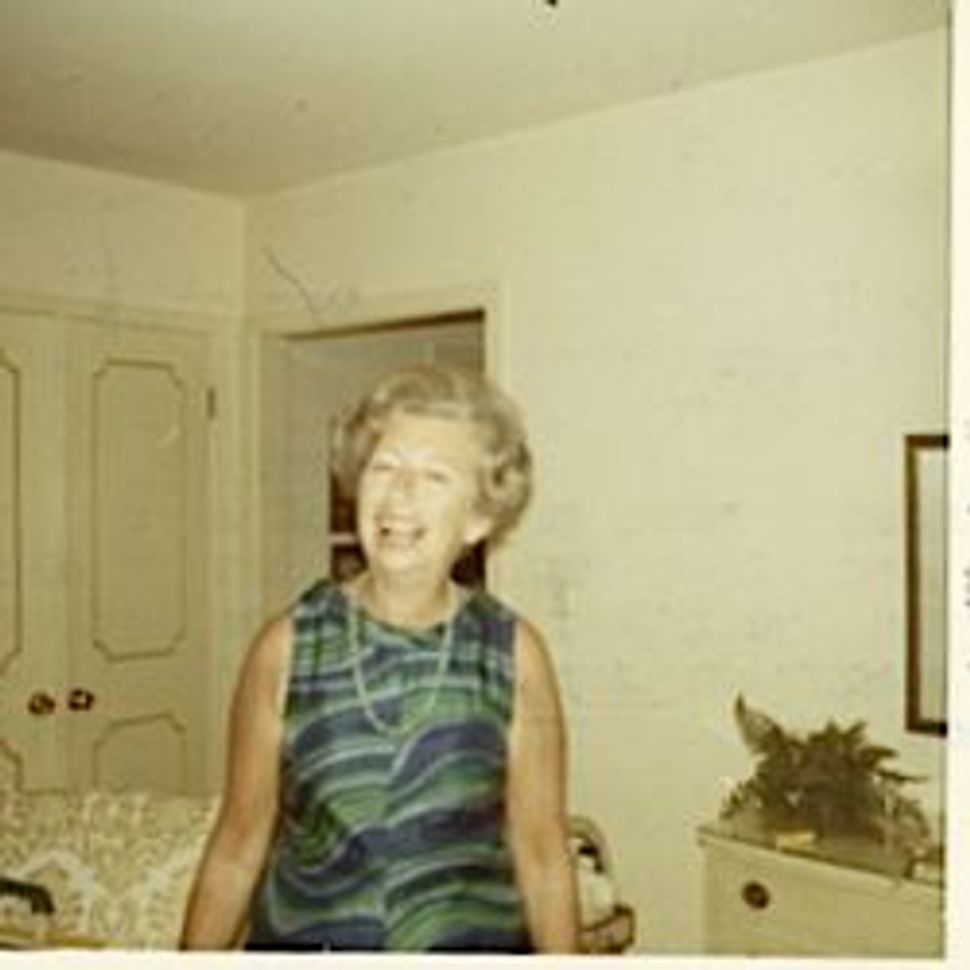 On the day after Thanksgiving, 1979, Irma Rae Erdreich was driving home to Birmingham, AL, from her sister’s home in Albany, GA, when she fell asleep behind the wheel of her car and drifted into the path of an oncoming truck.

The news, when it reached my mother, became one of my earliest memories. I was three years old when my grandmother died, and remember hiding in the upstairs bathroom, staring at the tiles, while my mother wailed downstairs.

That day was also one of my very few memories of Irma Rae, whom I called Mimi. I have always regretted not getting the chance to know her, and have tried to compensate for her absence in my life by learning as much as I can about hers. From a food perspective, I think we would have gotten along famously: I inherited her taste for, among other things, pickles, ginger, and anything spicy.

Pickles were one of the few things Irma Rae loved to make in the kitchen. A social butterfly par excellence among the Birmingham’s Jewish community, she didn’t really cook: like everyone else in her set, she outsourced. But she was an unparalleled hostess. As such, her repertoire largely comprised things that could be eaten while playing bridge.

Among the miscellaneous objects my mother and aunts found after their mother’s death was a recipe called Irma Rae’s Snappy Cheese Bits. Written in her precise cursive on a note card stamped “From the recipe file of Irma Rae Erdreich,” it describes savory cookies made of cheddar, butter, flour, Tabasco, and, in a twist typical of the period, Rice Krispies.

In both their name and simplicity — really, if you can turn on an oven and a timer, you can make these things — the bits, as I call them, completely evoke what relatively little I know about my grandmother: the trays of finger food circulated among a crowd of laughing people, their cigarettes, Lilly Pulitzer florals and highball glasses filling every inch of my grandparents’ living room; Irma Rae gossiping on the phone in the middle of a hot afternoon, cold drink in hand; and Birmingham’s mid-century Jews, teeing off on the golf courses they built for themselves.

And so, while they may lack the majesty of a roast chicken or the voluptuous heft of a fat braid of challah, Irma Rae’s cheese bits are, in my household at least, a Sabbath classic, as synonymous with a day of rest as back-to-back re-runs of “Mad Men.” In the sass of the Tabasco and the breezy crunch of the Rice Krispies I find Mimi, urging me to live loud and “have another drink, shugah.” As connections to the dead go, a cheesy cracker is, admittedly, not much — it’s not, say, an heirloom wedding dress or family photo album. But it is something we share between us, a token of remembrance passed from the dead to the living. And, not incidentally, it is delicious.

1) Cream cheese and butter in a mixer or by hand, then add seasoning.

2) Add flour and mix well. Then, mix in Rice Krispies.

3) Roll in small balls (about the size of a silver dollar) and flatten. Place on greased cookie sheet.

4) Bake 350 degrees F for 15 minutes or until brown and crisp. Let them cool before eating. They will keep in a sealed container in a cool, dry place for about a week and up to two weeks in the fridge, though they’re best enjoyed fresh.