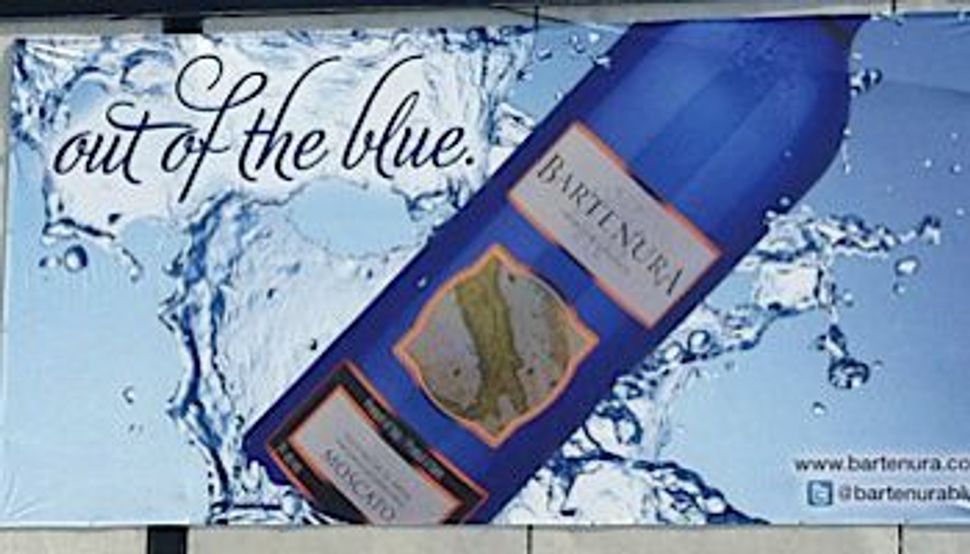 Don’t tell the rabbi: Bartenura is no longer the lame Kiddush wine preferred by Jews with weak stomachs and alcohol intolerance. Hip hop rappers and a new media campaign are turning the cheap “soda wine,” equally loved and mocked by kosher-keeping Jews, into the hippest drink of the year.

Made from the newly-popular Moscato grapes, Bartenura has been rapped about by Drake (who happens to be Jewish) in his song “Do It Now”: “lobster and shrimp and a glass of Moscato/for the girl who’s a student and her friend who’s a model.” DJ Khaled went so far as to include a close-up of the blue bottle in his video, “I’m On One.”

Bartenura’s Twitter page, @BartenuraBlue, features tweets of fans who serve the drink at parties alongside “snow crabs and mussels.” Throw some pork in there, and the 15th-century rabbi for whom the wine is named just had a posthumous conniption. Although he might be comforted to know that the R&B and hip hop producer Amadeus thinks “@BartenuraBlue is the TRUTH!!! Best Moscato I’ve ever had!”

While Bartenura’s website, Twitter and Facebook all neglect to mention that the wine is kosher, that might be working to their advantage. The Orthodox crowd already knows about Bartenura, and as for everyone else, the media campaign seems to be working: The company says 85% of buyers purchase the wine for reasons having nothing to do with keeping kosher.

Their website features a “Mixology” recipe page with the new club cocktail, the Bartini, a mixture of Bartenura and vodka. (Bartenura, at 5% alcohol, probably wouldn’t cause much inebriation on its own.)

Drinks like the Bartini, and even just Bartenura on its own, are popping up at bars in New York City. We chatted with New York-based bar manager and bartender Pamela Wiznitzer for some ideas on how people at home could make Bartenura cocktails, and she came up with these delicious, easy to make citrusy Moscato recipes:

In a wine glass, lightly muddle the lemon and mint. Add in cointreau, fill with ice and top with moscato. Stir and garnish with an orange slice.

Add ingredients into a glass and stir. Add ice and stir once more. Garnish with a grapefruit slice.