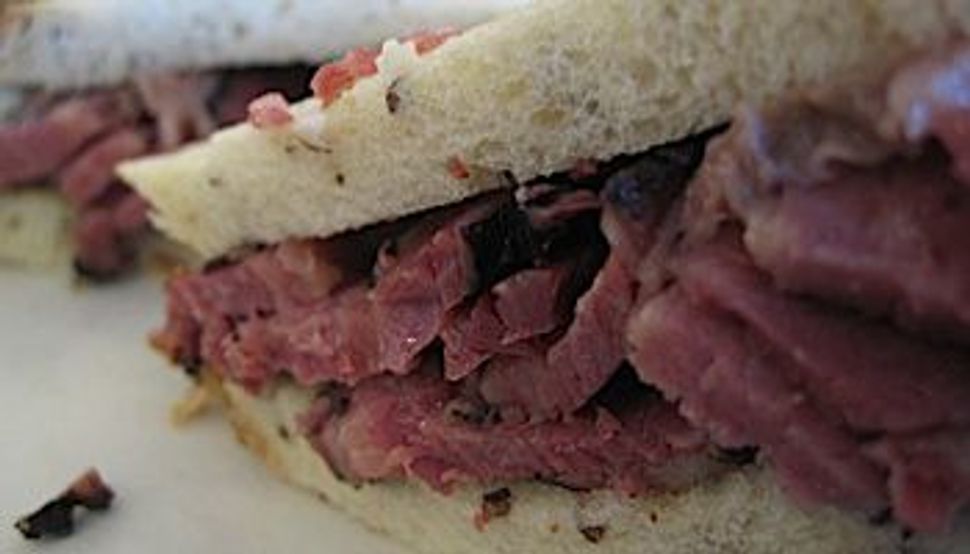 With artisanal spins on traditional staples, delis like Caplansky’s in Toronto and Mile End in New York have proven there’s an appetite for traditional Jewish food. But the old guard, apparently, isn’t faring as well. Marky’s, the last kosher deli in Canada’s largest city, closed last week after 43 years.

Marky’s location in a faceless North Toronto strip mall belied its heavyweight stature among the city’s kosher adherents — and some nostalgists who grew up in the heavily Jewish area near Bathurst and Wilson Streets.

Once a center of Jewish life in Toronto, the neighborhood has been transformed by an influx of Filipino immigrants over the last decade. In fact, Marky’s owner Erez Karp — whose parents Rivka and Azriel started the deli after moving from Montreal in 1969 — will be leasing the premises to a Filipino grocery store.

But in an interview with Toronto alt-weekly The Grid, Karp attributed Marky’s demise to simple economics; Orthodox families, he said, are spending too much on housing and education to afford meals in restaurants. “The bottom line,” he says, “is that the community has to re-prioritize, which isn’t bad from a social perspective…But from a business point of view, it’s not so good.”

Karp, 54, began washing dishes in Marky’s kitchen at age 11. Though he practiced law for a while, he returned to Marky’s to take over the business in 1988, according to a Marky’s “obit” in the Toronto Star. Over the years, Marky’s became a see-and-be-seen spot for Toronto’s Orthodox community, especially post-Shabbat. This despite cuisine and service that was – to be charitable — “just above average,” as one blog post put it. In interviews, Karp didn’t pin down a year business started declining; it just did.

Likewise, old-school kosher fare has not done well lately in Canada’s largest city. A long list of kosher eateries have shuttered in the last two years alone. “Israeli [food] has supplanted Ashkenazi for the kosher set, and many Israelis live here now, so it’s culturally and demographically more skewed to Jerusalem than the Lower East Side,” David Sax the Toronto-based author of Save the Deli and a frequent Forward contributor, told me by email.

Or as the Vicious Babushka blog put it, “there is no lack of crappy pizza and falafel joints, but Marky’s was a deli of the old school, where you could get a nice pastrami sandwich and a hot bowl of matzo ball soup.”

Reaction in Toronto has wavered between nostalgia and affectionate griping. “I just found out about Marky’s closing early this morning, and am going there tonight with a couple of my kids, one last time,” Rochelle Rubenstein, the Toronto multimedia artist, told the Forward on the deli’s closing day.

“It was thrilling when Marky’s opened. I got over it pretty quickly and went there mostly when my kids were little, for the convenience,” she said. “The waitresses were always friendly and patient. For some reason we liked the ‘kishka’ and we usually ordered chicken soup even though it tasted like Croyden House powder. We felt sad about the end of Marky’s…and even sadder that Toronto still doesn’t have a great kosher restaurant.”

Sax agreed. “I’d say it’s a big loss culturally as it’s the only kosher deli in this city, one of the continent’s largest kosher populations.” But, he added, “I hadn’t eaten there since I was a kid, and only once, so I can’t comment on food.”