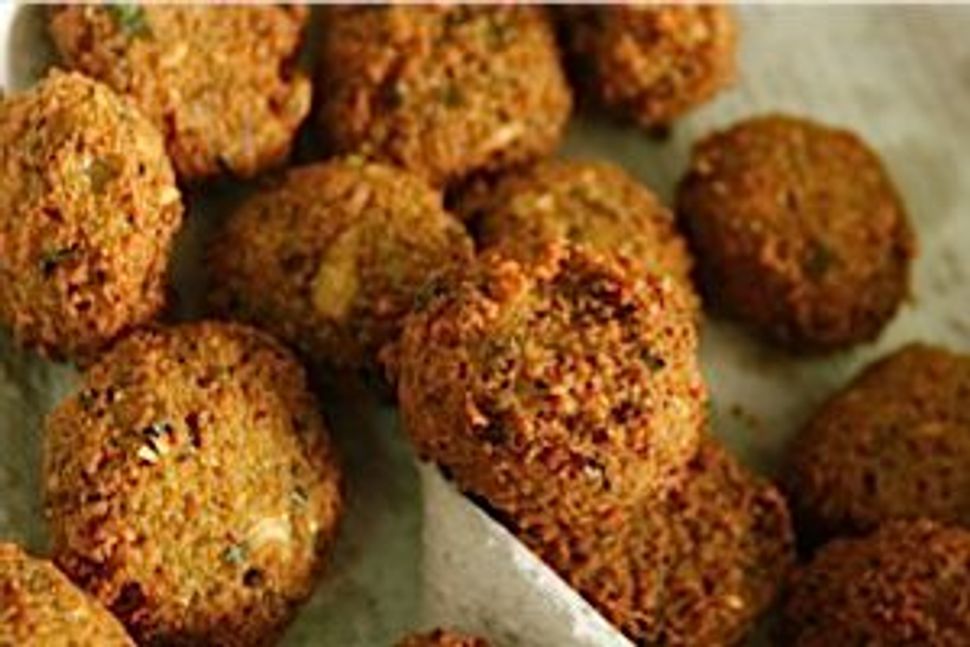 See below for a video of the largest falafel. Image by Thinkstock

After careful planning and preparation, a team comes together for the ultimate test of their skills. Judges are watching, reputations are on the line, and the heat is palpable. A record is about to be broken — but not in London. Last Saturday, 10 Jordanian chefs achieved gastronomic glory when they fried up the world’s largest falafel.

The champion chickpea fritter weighed in just shy of 165 pounds, over three times as heavy as the previous title-holder. The recipe was scaled-up, too: 176 pounds of chickpeas, 11 pounds of onions, and over four pounds of parsley were mixed by hand before a 25-minute dunk in 92 gallons of vegetable oil. After being carefully inspected and certified “ginormous” by Guinness Book of World Records officials, the colossal falafel became a feast for 600 gathered at the Landmark Hotel in Amman, Jordan.

The falafel title has been turned over twice in the past two years, and other Middle Eastern foodstuffs are also perenially contentious targets for international competition — in both size and provenance. Lebanon and Israeli both lay claim to being the birthplace of hummus, and have continuously one-upped each other to make mammoth portions of the chickpea dip: at 23,042 pounds, Lebanon is the current record holder as of May 2010, nearly doubling the 9,000 pounds Israeli chefs prepared only a few months earlier.

No word on who will roll out the world’s next record-busting falafel. But if patriotic chefs are looking to try their hand at another titantic tidbit, the the 421-foot world’s longest pita has been sitting pretty since 2008.