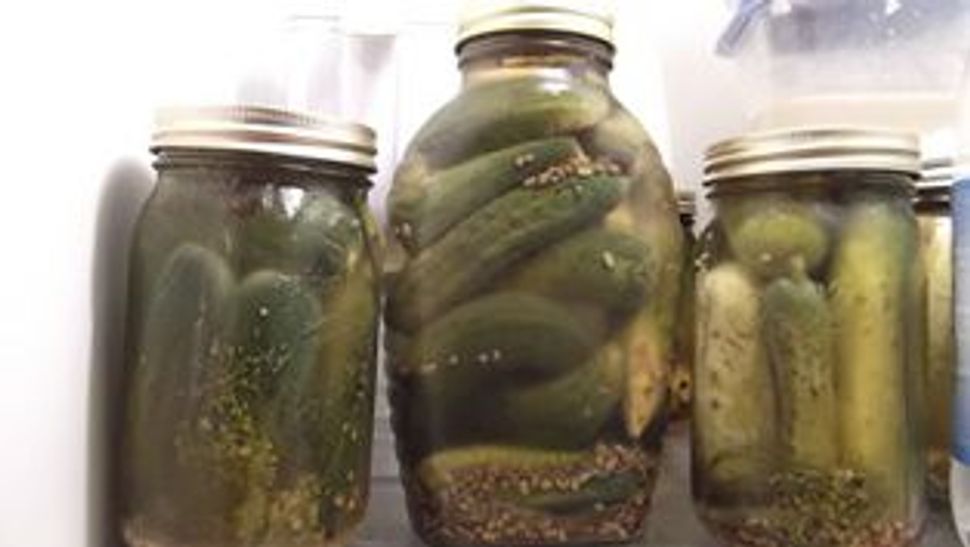 I still have the first cookbook I ever purchased: “Good Food for Bad Stomachs,” published in 1951. I bought it sometime in the 1980s at a neighbor’s yard sale; I was a weird kid who hung out at the antique malls grew up getting stomach aches from milk, so it the purchase was a no-brainer. The first thing I made from that book was rice pudding, something you couldn’t find in Knoxville, Tenn. but I just knew I’d love.

Years later, when I was in college, my paternal grandmother gifted me “The Vegetarian Epicure,” which has been used so much that the yellowed pages and worn spine are nearly split through. I am grateful that grandma also gave me a true love of cooking, gardening, and Cuisinart attachments.

My sister gave me two cookbooks when I lived with her and her husband while she was pregnant with their first child, now 16. The cookbooks were from The Farm in Summertown, Tenn., where communal farming has been a way of life since 1971. “The New Farm Cookbook,” one of the two from my sister, has been the inspiration for countless breads, brownies and vegan meals than I can recall.

These individual books mark the humble beginnings of my cookbook collection, now several hundred deep, but sparked years of scouring yard and estate sales, bookstores, and the famed Radcliffe College December cookbook sale. The last of these was a rare glimpse into the scads of books donated to Schlesinger Library that could not be housed for a variety of reasons, but the sale of which benefited the remaining collection.

As a Radcliffe volunteer, and later recipient of other volunteers’ generosity, my collection began to blossom into what it is today, somewhere around 450 books, binders and pamphlets from companies to women’s clubs to universities and unions. The rest came from a cookbook buying group, more bookstore excursions than I care to count, and dumb luck.

The top shelf is crowded with my Jewish and Mediterranean cookbooks, including my maternal grandmother’s first cookbook, one that I’ve seen in countless friends’ kitchens, “The Complete American-Jewish Cookbook,” the 1952, first edition, with an inscription from my late, beloved Aunt Shirley. I have yet to try making the molded salads, but there are some true gems in that ode to assimilation and all-American, Jewish housewifery.

Further down my kitchen bookcase is my stack of antique cookbooks from the 1890s-1940s. Three years ago I decided to try my hand at canning and found my inspiration and guidance in the “1943 Canning Preserving and Jelly Making” by Janet McKenzie Hill (revised by Sally Larkin). Part of my interest in trying recipes from this particular cookbook is the cache of attempting something from a period of time when rationing and food conservation and sustainability were promoted nationwide and acceptable practice. I have had gardens everywhere I’ve lived except for four years of college (and one semester of high school in Israel), and have witnessed firsthand the alteration of municipal codes restricting urban gardening and animal husbandry to allow for families to feed themselves. This book is a glimpse into a time when fending for yourself was considered doing something for your country (it being World War II), for frugality (on the heels of the Great Depression), and for your family’s health.

Of course, I have been warned by my local agricultural extension agent that I should only use modern canning methods, and I do use the Ball canning cookbook available near the canning supplies at the grocery/hardware/superstore, but sometimes I want to try the original.

I’m not generally one for following recipes, but for safety’s sake, I do stick to the specifics about salinity and acidity levels whenever canning. It is also important to note the difference between a water bath canner and a pressure canner for various recipes, as noted in your chosen cookbook. No one wants botulism and I have learned from some big mistakes in the past; the beet canning disaster of 2011 and my 13 wasted pints of what could’ve been borscht all winter will never be forgotten in my kitchen!

That said, canning is not scary, it just takes a little preparation and time. This summer, I have made 41 quarts and two extra large jars of kosher dill pickles, and nine jelly jars of peach jam to give as gifts and make a little spending money. The cucumbers, dill, peppers and some garlic have come from the farm where I get my CSA share each week, more garlic came from my own garden, and the peaches came from a vendor at the Nashville Farmers’ Market, via South Carolina.

The pickles only took about two hours, the jam took a little bit longer; I suggest doing any canning project while wearing a supportive pair of shoes, not barefoot. Take it from me.

Whether you decide to go traditional or modern, do your homework, read the instructions completely before you begin and follow them closely, especially for heat-sealed jars. Enjoy the growing season now and later!

Pack the freshly washed cucumbers into clean glass jars. Separate the garlic heads into cloves and crush. Pack a few spices, a little dill and a little of the crushed garlic into each jar. Add the salt to the cold water and pour over the cucumbers to cover and seal the jars. Let stand a few weeks before using.

Cook’s notes:
1) In lieu of boxed pickling spices, add a whole, dried jalapeño or cayenne pepper, a bay leaf, one or two whole garlic cloves and a combination of the following: fenugreek, dill, caraway, cumin and coriander seeds; whole yellow and black mustard seeds; peppercorns and 3-4 whole allspice to each jar.

2) Place filled jars on a water-safe surface out of direct sunlight. Keep lids on jars loose and check daily to add water to any jars whose fermentation process has forced spillage; cucumbers must be covered with water to avoid molding. Skim foam from jars while re-filling. After 3-7 days, tighten lids and refrigerate pickles. Enjoy!

Choose firm ripe fruit. Wash, peel and remove pits. Crush peaches and put in kettle with lemon juice, sugar, and one to two peach stones if desired (in lieu of pectin). Cook over low heat, stirring constantly until sugar is dissolved. Bring to boiling, and cook over high heat, stirring frequently to prevent burning, until syrup is thick (about 20 minutes). Pour into clean dry jelly glasses and seal at once (sterilize jars and lids, and boil filled, closed jars in boiling water bath for 10 minutes; allow to rest after water bath for 12-24 hours for complete seal). Makes about 6 eight-ounce glasses. Sugar alternates are not recommended for this product.

Miriam Leibowitz is a vegetarian, avid gardener, long-time home cook and JOIN for Justice alumna. When she’s not teaching, Miriam is working to bring affordable, healthy food access](http://www.communityfoodadvocates.org) to Nashville’s food desert neighborhoods, rebuilding relationships between the African-American and Jewish communities in Nashville, and [working with others to make the world a better place][13]!) Oh, and she’s looking for a job…you should really hire her.