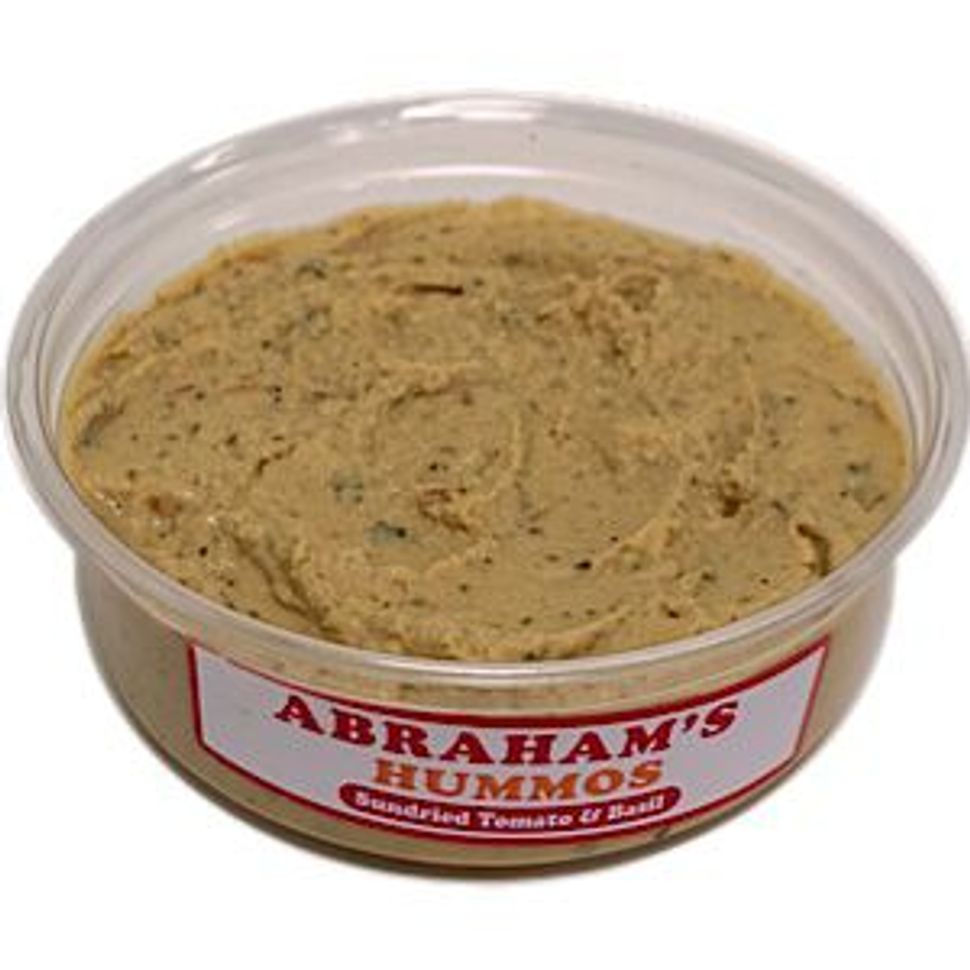 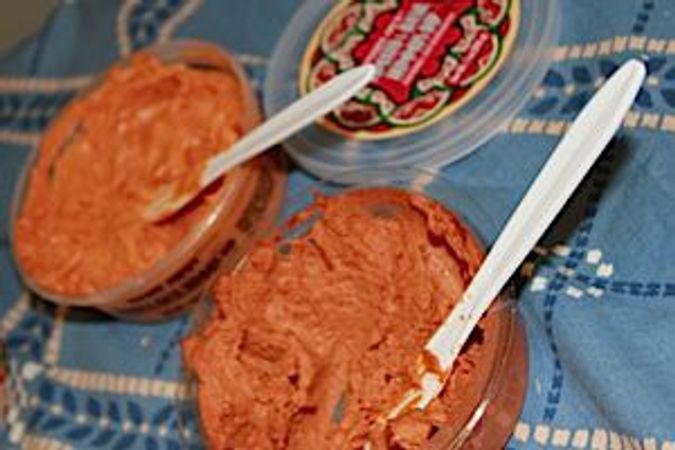 While Roasted Red Pepper hummus may get more press time, you might be surprised to learn that sun dried tomato is sneaking up as the next big thing in flavored hummus. We saw it everywhere. Deeply hued, this rich and tangy red tomato hummus blend wowed us—in more ways than one. In general, we were confused whether to consider it hummus, given that it didn’t look, smell, or taste like the chickpea stuff. But, as we all had to admit, it did taste pretty good.

Well, almost all of us. Our resident Israeli, wouldn’t taste any of the stuff, shouting at us that “Israeli’s do not eat sun dried tomato hummus!! Its an abomination.” He then took off in a huff, and, thankfully, left his share of pita slices behind.

A note on scoring: Each hummus was rated on a scale from one to five based on texture, taste, appearance, smell, and tomato-ey goodness 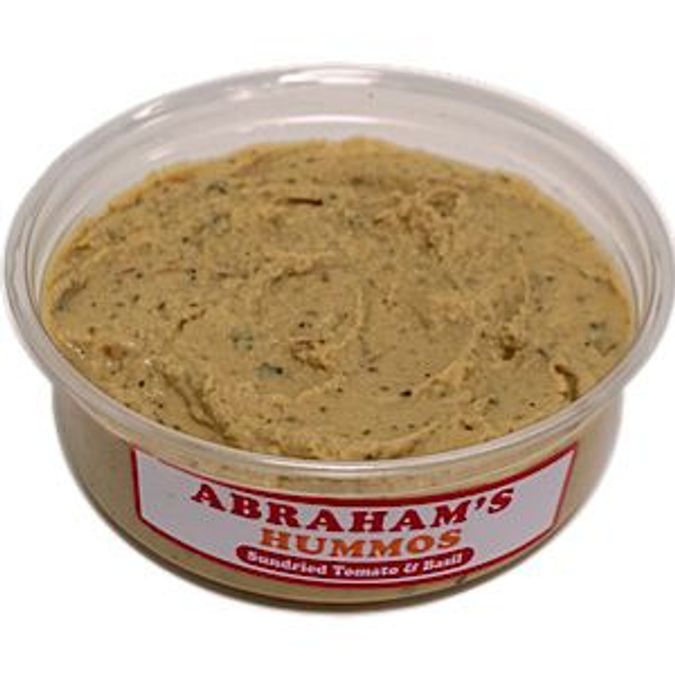 Abraham’s Sundried Tomato Hummus
Score: 3
Abraham’s really hit gold with this one. With a texture that is both creamy and chunky, this hummus tastes like a batch of fresh sundried tomatoes were folded in and individually crushed with each chickpea. Though not necessarily “hummus-like,” this hummus is definitely good. One taster exclaimed: “my tongue is dancing.”

Sabra Sun Dried Tomato Hummus
Score: 2.5
With such an overwhelmingly tomato presence, it was hard to find the hummus in this one. One taster likened the flavoring to Italian spices, and chastised Sabra for the weird mix of textures and tastes. “They should stick to what the know best — actual hummus.”

Whole Foods Sundried Tomato Hummus
Score: 2.4
Whole Foods was the most distinctive of the pack. Appearing as a deep orange-red, and significantly thicker than the rest — the feel of this hummus fell somewhere along the continuum of a tomato paste and a black-bean dip. This was met with a mixture of reactions, as some liked the thick canned-tomato feel of it, while others did not. You’ll just have to buy it and decide for yourself.

Trader Joe’s Tomato and Basil Hummus Dip
Score: 1.8
This is one intriguing hummus. But I doesn’t necessarily mean that it is good. Three different tasters immediately made parallels between this hummus and a can of tomato basil soup. As one said quite explicitly, “this tastes like soup. Not hummus.” The basil in this hummus is very strong, and really overpowers any semblance of chickpea, tahini, or, well, anything. Get this if the supermarket is out of Campbell’s perhaps?