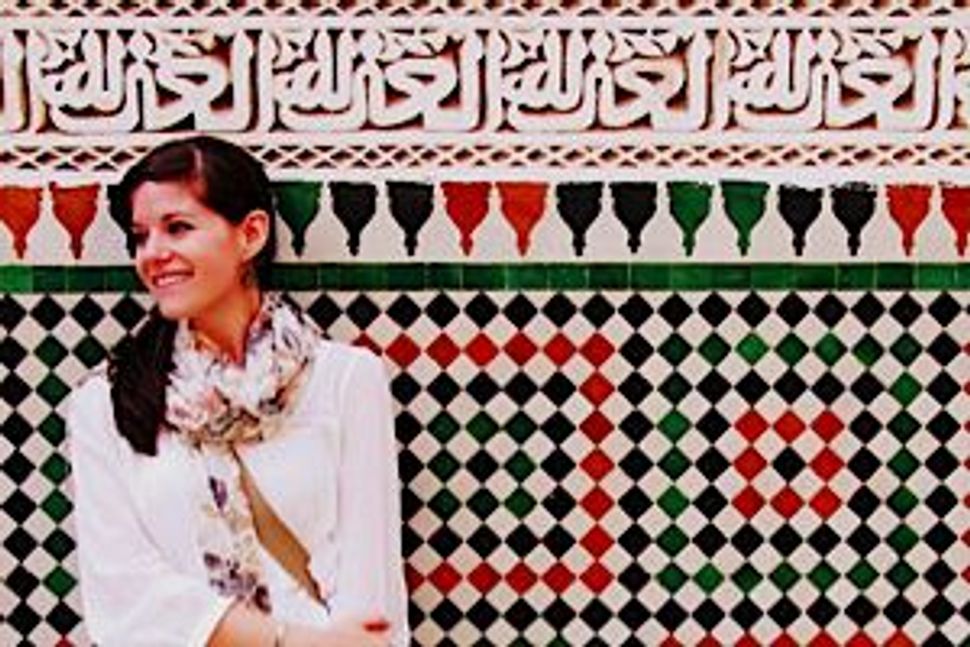 Image by Courtesy of Jodi Ettenberg

When Jodi Ettenberg quit her job as a New York lawyer to travel around the world and chronicle her journey on a blog called Legal Nomads, she thought she was going on a year-long trip. That was four years ago.

Since then, traveling and experiencing places through food has become her passion and vocation. She works as a freelance journalist, photographer, and food writer wherever she is — everywhere from Mexico City to the plains of Mongolia. This fall, she will release her first book book called “The Food Traveler’s Handbook: How To Find Cheap, Safe and Delicious Food Anywhere in the World.”. The Jew and the Carrot spoke with Ettenberg while on a stop home in Montreal to talk about her favorite country to eat in, her writing, and the thrills and tastes of long-term travel.

Why did you decide to travel and blog about it?

I had always wanted to travel around the world since I saw a documentary on the Trans-Siberian train line in high school. It was something so foreign from what I grew up with and I really wanted to see those places, and over the years that never went away. I did a few smaller trips — I went to South America as a lawyer for a year — and each of those trips just reinforced this thing I wanted to do, which was a larger-scale one-year trip around the world.

When I was finally at a point where I was thinking of leaving… starting a blog made sense because it was a way for my parents to figure out what I was doing and what I was eating, and for my colleagues, too — the other lawyers and my clients wanted to know where I wanted to go and they thought it was nuts that I was leaving and they wanted to be a part of it in some way. I didn’t start the site thinking it would ever lead me to writing a book and having a community of followers around the world.

And now you’ve been gone for four years.

Yes. It’s changed quite a bit — it really was supposed to be a one year trip. I thought I’d be back in New York and working as a lawyer. But over time it just organically morphed into a new profession, and the kind of travel I’ve been doing lately has been purely work-related. I speak at conferences about curation and social media, I talk about travel, and things like that. It was a slow change — it wasn’t until 2010 that I met a group of people blogging more professionally in Bangkok and they urged me to set up a self-hosted site. Once I did that I started to take it seriously, and realize there were people reading it who weren’t my mother.

Right now you’re in Montreal with your family. Where are you going next?

The beautiful ability to build your life around freelance work lets you focus on the things that matter to you, and for me spending time with my family in the summer when I can is something I really like to do. So I try and come back for parts of the summer, see my parents, see my grandparents, and then I usually do Asia in the winters. This year will be a little different because the book is coming out in the fall, so I’ll be doing some promotional work for that.

How did the book come about? Did you ever think you’d publish something about travel and food?

The introduction is called “My Unexpected Love Affair With Food,” because it wasn’t always a focus for me. I had friends who were chefs and who loved food and taught me to see it in a different way. It wasn’t until I started traveling that I realized the way I love to learn about a place was truly through the path of the food and the things that went into those meals — the etiquette and social mores that exist around mealtimes. It became a focus bit by bit, but my first instinct if someone asks “what can I do here?” is to tell them where to eat.

I love your post on spices — it’s a really good point of departure to talk about learning to cook things. Did you always appreciate preparing food, or did that come from encountering all these spices and ingredients?

No, I didn’t grow up cooking. My family is Jewish, and we ate a lot — we loved mealtimes! — but there was no emphasis on anything specific or the subtleties of food. My mother studied history, and she had this amazing ability to make history interesting in a way that was compelling to a child, and it was fascinating. I think that ability for storytelling stayed with me and when I realized that food was my focus, those two bled together and I started learning more about the history, and the spices, and the recipes.

When you finally get that energy to think about what you want to eat in that new place, there are so many ways you can go about that and learn in the process — it’s not a set of sights to see. The things you learn using food as a lens are really compelling, because it brings in history, and anthropology, and it brings in culture in a way that very few other things can.

Can you pick a favorite food country (or two)?

There are many countries that merit in-depth investigation. China specifically is a fascianting place for food, because every province has a different kind of food in it and a different way of eating. Thailand as well — the north and the south and the northeast all have very different food traditions. And there’s countries where the food itself maybe isn’t the best. I didn’t love the taste of the food in Mongolia, but there’s something about being in the desert with nomads and helping them kill a sheep and eating it. It’s not just about taste sometimes, but the real wonder in seeing how a country treats its food.

You’ve been gluten-free for a decade. Does that complicate things when you’re eating and traveling?

It’s definitely stressful, because it gets you sick. It’s not just “I don’t like this,” but it actually, physically upsets you. I have a whole chapter in the book about food allergies because I had to deal with it myself, and I get lots of emails from readers who are worried about getting sick, which is a very valid fear. There are sites that exist where you can print out allergy cards for your language and allergy of choice, and you can just hand it over at the street stall — I’ve found that really comes in handy. It’s a matter of doing your due diligence before you go somewhere, but I don’t think it should stop you from traveling.

What are you most excited about in your book?

I think traveling through food is a really rewarding thing, and yet some people are afraid to go and eat at street level because they’re worried about getting sick. There’s no failsafe way to prevent you from getting sick, but the book has compiled in it a list of safety tips — for example, if someone’s handling food and also touching money with their bare hands, you probably don’t want to choose that stall. I’m excited because I hope that people feel like they can go out and try things and see their travels in a different way.

You write about how you always have a feeling of trepidation when you go to a new place. What keeps you traveling?

The feeling of trepidation is a good thing, I think! I don’t know where it’s going to lead. I’ve never said I wanted to lead a life where I just travel and drift around indefinitely ¬— I’m pretty Type A. I need a goal. And I think the book, for me, is a perfect bridge between the things I’ve started to care about and sharing those with the wider world and doing more writing about the history of different condiments and spices. I don’t know exactly where it’s going to lead, but I think it’s part of the excitement and intrigue that I don’t know.