Everything You Wanted To Know About Honey 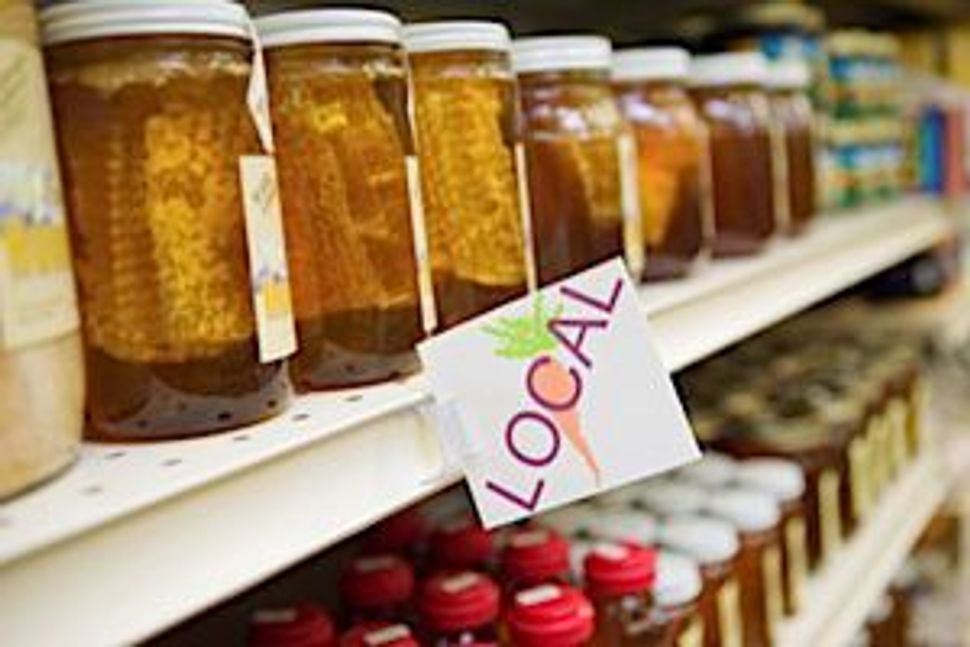 Have you ever had red honey? Neither have we, but according to Robin Shulman, scarlet-hued honey (and orange blossom honey, Hawaiian honey, etc) are all variations of the Rosh Hashanah staple.

Robin Shulman is the author of the newly released book “Eat the City: A Tale of the Fishers, Foragers, Butchers, Farmers, Poultry Minders, Sugar Refiners, Cane Cutters, Beekeepers, Winemakers, and Brewers Who Built New York.” The informative and interesting tome takes a look at the history and production of the seven different foods in New York and how they changed life of neighborhoods and the city. The chapter on honey, is one of our favorites.

We caught up with Shulman to get her opinion on the creme de la creme of honeys in hopes of upping our game for the holidays and ended up with a ton of insight into beekeeping and policy, the “infinite” types of honey and a look at what honey would have been like 100 years ago when our ancestors were munching penny candies from the corner store.

Lauren Bloomberg: What honey do you recommend?

Robin Shulman: The loveliest honey I’ve tasted is from the Volcano Island Honey Company in Hawaii, produced from bees feasting on the flowers of the kiawe tree that grows on the volcano. It’s thick, opalescent, and incredibly delicate. It’s so light it tingles on the tongue. It’s amazing.

Would you buy different honeys for different uses?

Definitely. Some honeys are heavy and thick, some light, some minty — honey can add dimensions of flavor, so you want to choose carefully which you use.

How many different types of honey are there to choose from?

There are infinite different types of honey. Single-varietal honey comes from a single plant, for instance, if beehives are placed in a large orange grove, the bees will get all their nectar from orange blossoms and produce orange blossom honey. Most honey comes from whatever the bees forage, and so is a specific combination of the plants in their range, a reflection of the landscape. There are as many different types of honey as there are combinations of plants.

Is there such a thing as colored honey? How does that happen?

Honey can be colored by the nectar, or other substance, that bees imbibe. I wrote in my book about beekeepers in the Red Hook neighborhood of Brooklyn who were disturbed when their bees began producing a bright red honey. They wondered if their bees had access to some exotic plant with red nectar, or perhaps sweet sap from an unusual tree. It turned out that nearby was a nearby maraschino cherry factory, and instead of doing the hard work of flying from flower to flower to collect nectar, the bees were diving into vats of high-fructose corn syrup dyed with Red Dye No. 40, and bringing that back to the hive.

There’s been a lot of controversy in the city about beekeeping in the past few years. What are the current laws?

Beekeeping is permitted, as long as each hive is registered with the Department of Health, and that registration is renewed annually. Beekeepers also have to properly maintain the hives, provide bees with water, and make sure the bees do not become a “nuisance.”

How has beekeeping in New York changed over time?

Beekeeping was legal throughout New York City’s history, up to 1999, when the administration of Mayor Rudy Giuliani added honeybees to a list of over 100 wild animals, including hyenas, pit vipers, and dingoes, considered too dangerous for urban life. [But] beekeeping was legalized again in 2010, after a campaign by beekeepers.

As the laws and landscape of honey making have changed, how has the actual product been affected?

Depending on what flowers are available to bees in the city, the honey will taste different. For instance, when the city plants a row of linden trees in on a street in a particular neighborhood, local bees will produce linden-flavored honey. Whenever a neighborhood changes its landscape, from farmland to buildings, from industrial to parkland, the local flora, and so the local honey, will change.

Hipsters and farm-to-table locavores now dominate the beekeeping scene but who were the major players back in the day?

Hundreds of years ago, many Manhattan families kept their own beehives to have honey for household use. Just over a hundred years ago, the city kept its own municipal beehives in a park in the Bronx, and there was a city job whose title was “beekeeper.” Some people opined that urban honey was better than rural honey, because you could see it extracted from the hive right in front of you, with no opportunity for the beekeeper to stretch it by adding syrup or water, and present you with a doctored product. It was still a time when people expected to see their most basic foods produced in front of them, even in cities, and were suspicious of foods traveling distances.

Honey is a table necessity for Rosh Hashanah, to symbolize a sweet year. What would honey have been like 100 years ago when Jews were living on the Lower East Side?

About a hundred years ago, honey may have been entering its low point in New York City. The city was increasingly full of soot, after the introduction of motor vehicles as well as many new train tracks. By the 1920s, beekeepers complained that the flowers in lower Manhattan were so sooty that their honey was blackened too. A few decades later, the city was much cleaner.

What would it have been used for?

Then as now, honey was used in baking and cooking. There were cocktails involving honey. People made honey wine. Beekeeping was also common in urban orphanages and schools so the honey could be used to make cheap candy for the kids.

Everything You Wanted To Know About Honey