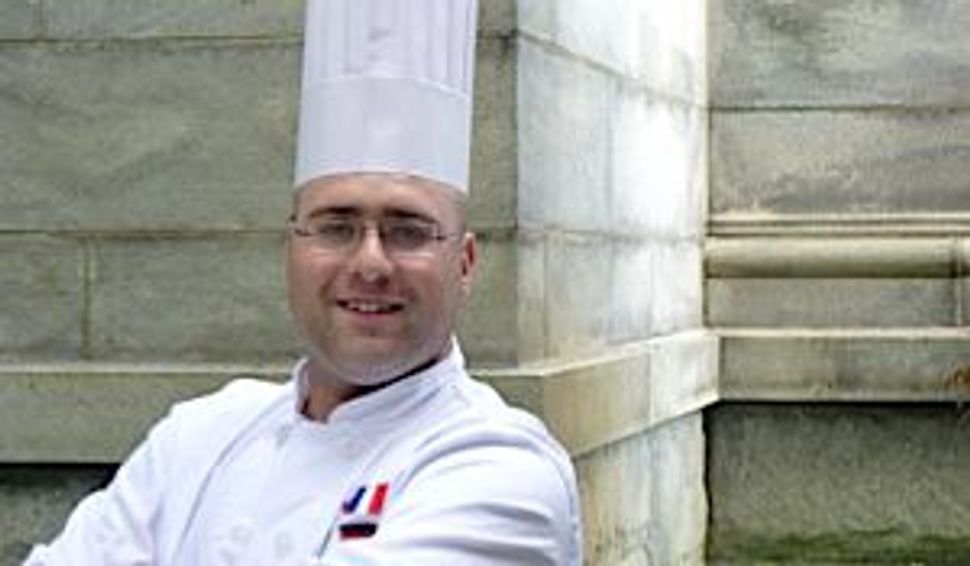 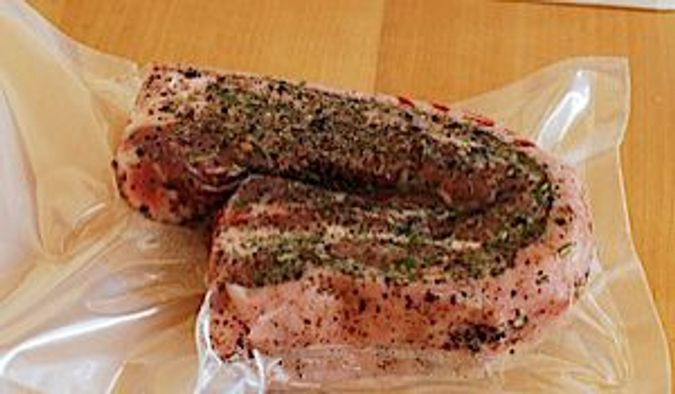 Seasoned steak being prepared for the sous vide machine. Image by Flickr: kochtopf

Yehuda Goldberg, owner and chef at Sepha Catering in Toronto is offering his clients something unusual.

As far as Goldberg knows, he is the only kosher caterer in the city — and perhaps anywhere — using the French cooking method sous vide. The technique, which means “under vacuum” in French, calls for food to be sealed in an airtight plastic bag and immersed in a bath of low temperature water for extended periods of time resulting in extremely moist and flavorful dishes.

The technique is part of the school of molecular gastronomy, which uses modern technology and science to manipulate food. Avant-garde chefs like Grant Achatz and Ferran Adria have used carbon dioxide to create bubbles or foam, liquid nitrogen for flash freezing and shattering and ultrasound waves to control cooking times. Until now, molecular gastronomy was virtually unheard of in the kosher community, but Goldberg, who hails from a large Lubavitcher family and trained in Europe, hopes to change that.

We chatted with him about ultra-moist gefilte fish, a 27-hour brisket, and what sous vide chefs call “the danger zone.” 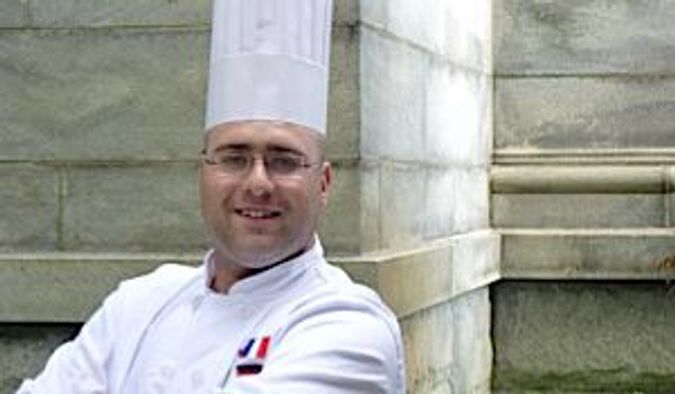 Renee Ghert-Zand: When and how did you learn to cook sous vide?

Yehuda Goldberg: Before I went to France I worked in a French restaurant in downtown Toronto that had a sous vide machine, one of only two or three restaurants that had one. It’s very popular in the States, but not here in Canada. I was fascinated by it and bought cookbooks to learn how cooks were using it in the States. I stayed late every day and tested it on vegetables. I pushed to see how far I could go with it.

Are there things that are harder or easier to cook sous vide?

I’ve been focusing heavily on the vegetables. It’s very hard to overcook the vegetables sous vide, but it’s very easy to lose the color. I’ve been focusing on keeping the color and flavor intact. I think it’s easier to do meat than vegetables. With meats, they’re pretty much the same. You know certain pieces of meat will take 36 hours to cook. A brisket takes 27 hours, but a steak takes only 25 minutes at 180 degrees. Fish and chicken also have set times, but there’s a lot more variation with the vegetables because of their different textures. For instance, asparagus takes 15 minutes, but a potato takes about three hours.

Is food ready to eat after it is cooked sous vide, or is there more to be done to it?

You put it into an ice bath to shock it and stop the cooking process. Then you put it into the fridge. Then you just braise it or heat it up by dropping it into a pot of boiling water for five minutes when you are ready to serve it. If you are cooking a steak, you take it out and grill it on the barbeque or sear it on the pan to get that grilled look that everybody likes. But you don’t need to. When I do fish, I will take the filet right out and put it on the plate, because I’ve basically poached it in a butter sauce in the sous vide process.

Do you season food any differently when you cook sous vide?

Because it’s vacuum packed, there’s no air and it’s so concentrated you actually don’t even have to put as much seasonings as you would if you were cooking in another way. I even make ice cream sous vide. The first part is to infuse the vanilla into the cream and milk. Usually you have to scald it on the stove. I put it in a bag and cook it for 20 minutes. I use fewer vanilla beans, and it tasted so much stronger.

What foods that are traditionally eaten at Jewish dinners do you make sous vide?

I make brisket, turkey, duck confit, prime rib, Miami ribs, and even geflite fish. I challenged my mother-in-law to a cook-off last Pesach. We used the exact same ingredients and recipe and she cooked her gefilte fish in the oven, and I did mine sous vide. Everyone found mine to be so much moister. The water massages the fish as it cooks, it’s a more gentle way of cooking. It was soft, it was tasty, it’s the way I think gefilte fish was supposed to be.

There have been claims that sous vide cooking can lead to botulism food poisoning. Do you have any concern about that?

You really have to know what you are doing. The worry of the danger zone is a very realistic one. There are certain guidelines that you have to know and you can always revert to. Bacteria grows between 40 and140 degrees Fahrenheit, so you don’t want to go below 140 degrees when you are cooking meat. But you are still cooking it a lot lower than you would cook it in an oven. You would braise meat at 300-325 degrees for three hours. When I make my brisket sous vide, I cook it for 27 hours at 150 degrees, so it’s out of the danger zone.

You can get a home machine that is the size of a bread machine. They cost between $200 and $1000. My wife got me one for my birthday last year, and it sits right there on our kitchen counter next to the coffee maker. Believe it or not, cooking sous vide is less expensive than running your oven.