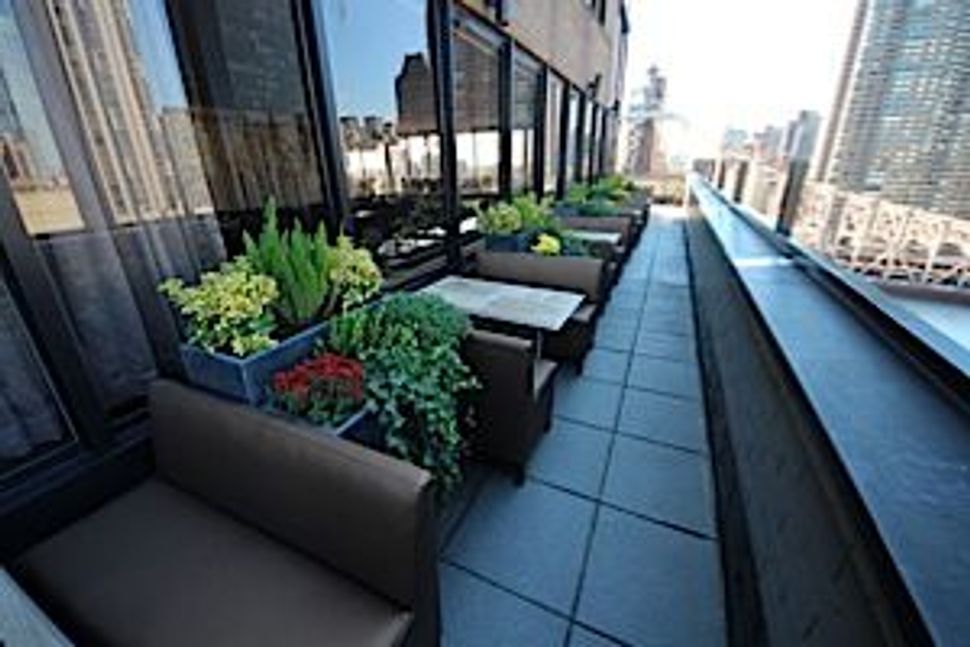 Image by Courtesy of Thrillist

The Mediterranean restaurant is a three to four month pop-up project from Joey Allaham, the owner of The Prime Grill, Solo, and Prime KO, who wanted to give the kosher community a taste of one of the year’s biggest dining trends.

With its 21st floor penthouse view and a second-story rooftop to boot, diners can start their meals with tuna sliders or fried artichokes before enjoying delicacies like veal scallopini ($42), chicken “parmesan” ($28), or the Bentley burger ($12), a 12-ounce black angus patty with crisp “bacon”, sun dried tomato, mayonnaise and Arugula on a brioche bun.

Like all of the Prime restaurants, Prime at the Bentley serves sushi. Its sushi bar includes innovative options such as sunrise seared salmon truffle ($14), and comet tuna olive ($14), made with tofu, tomato, sweet basil, and wasabi passion sauce. Blending a variety of culinary traditions, the kitchen also turns out antipasti of crudo carpaccio ($14) or sudachi, mirin cured Ireland salmon, consisting of mizuna, onion, shibazuke, ikura on top, with lemon mustard aioli ($14).

The space is hip and sleekly modern with its panoramic views offering a great place to bring a date. If you can take your eyes away from the view (or your date), you’ll notice you’re surrounded by artwork of two Jewish artists, Miriam Stern and J.J. Garfinkel.

Installed by IndieWalls, the same team that decorated the much talked about Jezebel restaurant in lower Manhattan. As Ari Grazi, president of IndieWalls, noted, “The selections certainly reflect the neighborhoods in which they find themselves — small and provocative at Jezebel in Soho, and large and colorful at Prime in the Upper East Side.”

Tamara Weg, curator of IndieWalls, said she chose Jewish artists for the walls of Prime at the Bentley to “create continuity” with the kosher restaurant and give the venue an overall “comprehensive feeling.” She said she also chose the artists to complement the fresh feel of the Bentley.

The restaurant, which sits just south of Rockefeller University, offers a direct view of the 59th street bridge view in addition to the waterside. The restaurant is suspended between Manhattan and the Mediterranean, linking both through fine cuisine.