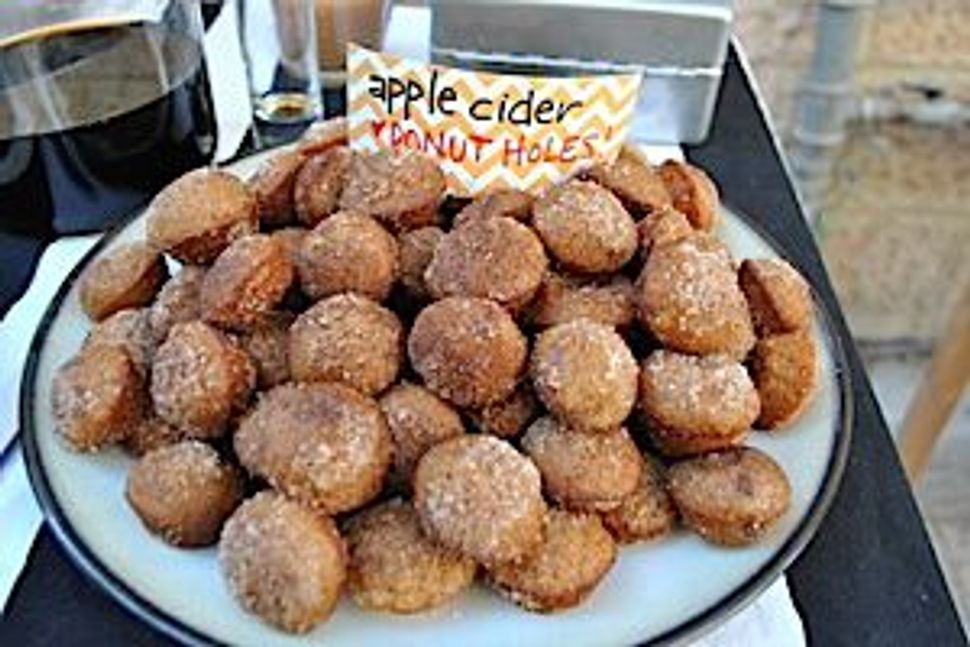 The Wisconsin native launched At Home Café, a weekly pop-up café that she runs outside of her home in the funky Jerusalem neighborhood Nachlaot, after enduring two years without quality coffee since moving from the U.S.

The area, which is located next to the city’s Mahaneh Yehudah market and is known for its eclectic houses filled with artists and students, has become host to a vibrant underground food scene lately.

From pop-up cafes, microbreweries and a communal living room — Nachlaot is shaping up to be a microcosm of artisan foodies, bridging the gap between good food and community. Like Weisberg, many of these businesses were founded by individuals who simply wanted to provide quality products that they couldn’t find themselves.

Weisberg uses single origin coffee, roasted in Modi’in and brews it using a Toddy — a cold brewing method that allows the course coffee grains to seep through felt for over 12 hours. The result? A sweeter, smoother coffee concentrate that can be diluted with water or milk. The café also prides itself on being a place to meet others in the community.

Baruch Paz, founder of Tiveria St. Brewery and Taco Tuesdays, had a similar idea in mind when he launched his companies — to create a space for community members to gather around good food. In this case, in his courtyard.

Frustrated with the lack of artisan beers in Jerusalem, Paz started to brew his own beer four years ago. He missed flavors like Honey Browns and Red Ales. Now, he brews on a weekly basis and serves up his Amber Ales, Pilsners and Honey Lagers at his weekly pub night.

To munch on with their beer, Paz offers his neighbors and visitors tacos. Like many artisan food makers, Paz’s tacos took hold when friends told him his tacos were so good that he should sell them. He serves up gluten free taco shells, with either meat or veggie fillings, and even a native Mexican said his salsa was too hot to handle.

His Tuesday night pub draws about 30 people and is now expanding to other neighborhoods in Jerusalem. Since the weather has been getting colder, the courtyard no longer serves as an ideal spot to gather. Instead, whoever is willing to open up their home to Baruch’s tacos and beer can host a pub night of their own.
While At Home Café and Tiveria St. Brewery are technically underground economic ventures, they’re a place for locals to gather around good food and build a stronger community.

Another more “traditional” cafe has also emerged recently in Nachlaot — Salon Shabazi. A cafe and “communal living room” established in 2011 for the residents of Nachlaot to have a place where they can sit together. As one waitress at the Salon told me, “many people don’t have living rooms in this neighborhood, so we created a communal living room where people can get together and share food and drinks.”

What started as a simple concept, has had a sizeable impact on the community. Every night young and old residents of the neighborhood gather here for coffee, dinner, clothing swaps, performances and lectures. Several items on the menu are baked goods from neighbors in the area, and there’s even a washing machine and dryer in the basement for people to use.

According to the Salon’s Facebook page, the founders wanted to make a place for the people in the neighborhood, who live a little less comfortably — yet pay a bit more — who chose this neighborhood for its authentic vibe.

Indeed, Nachlaot is certainly a hodgepodge of buildings, on top of one another. usually in bad condition and cost more than you really want to know.

But what you’ll find here is unique to all of Jerusalem. Innovators, creators, foodies. People who enjoy good food in the company of friends and neighbors and aren’t willing to settle for anything less.