Serving Mideast Peace One Scoop at a Time 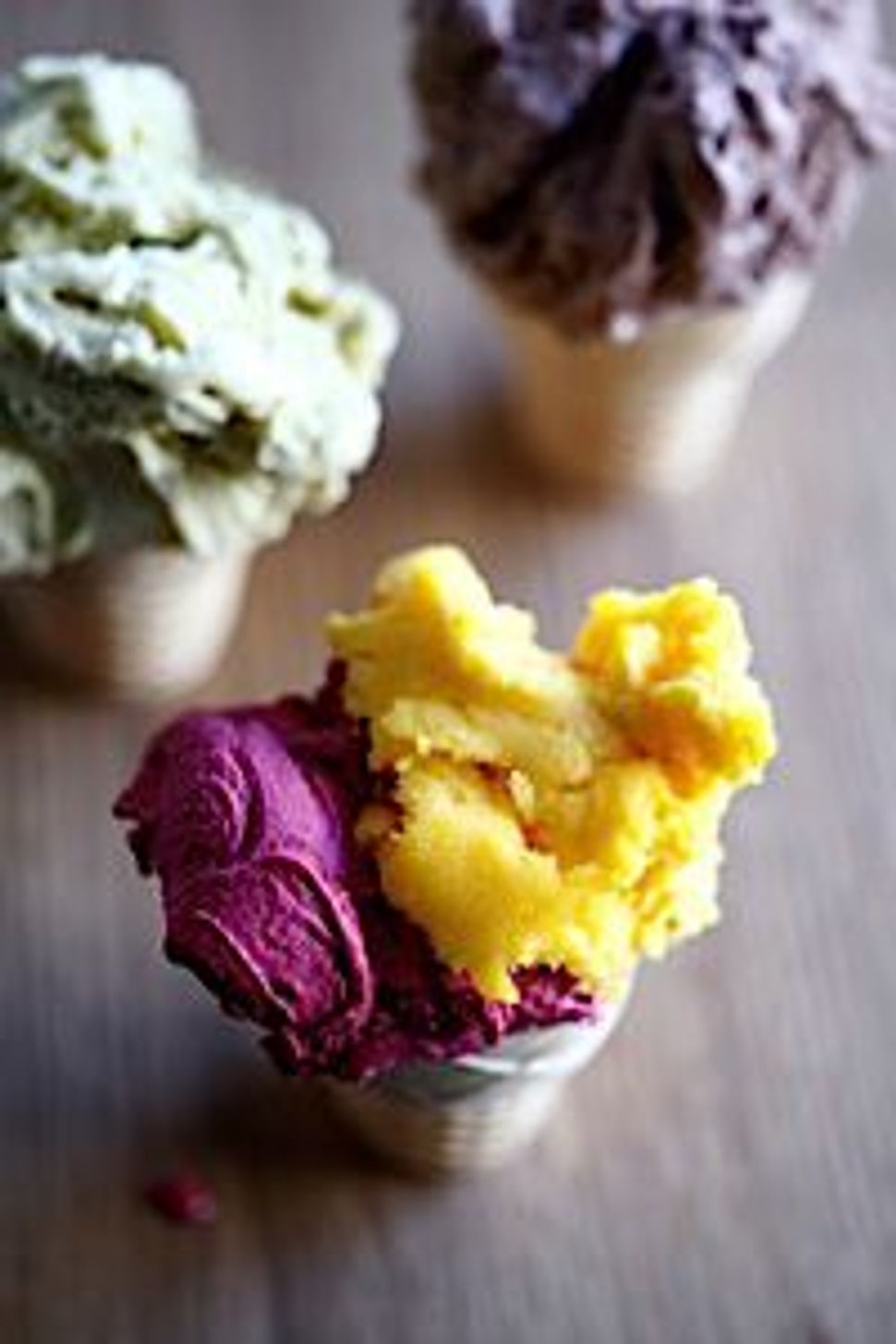 Image by Courtesy of Bouza

Adam Ziv feels he was destined to make ice cream and own a gelateria. “No one in Israel knows more about ice cream that I do,” he said. “I think I have tried every kind of ice cream on offer anywhere in the country.”

Ziv, 27, has taken this lifetime of tasting and combined it with training in ice cream making in Europe to open “Bouza,” a much talked about ice cream shop in the Arab town Tarshisha, in northern Israel. The name “Bouza,” Arabic for ice cream, was chosen as a nod to Ziv’s business partnership with a local Palestinian restaurateur Alaa Sawitat.

But Ziv, who lives on nearby Kibbutz Sasa, told The Forward that he and Sawitat are not operating under any grand illusions that they are going to bring about Mid-East peace through a frozen dessert. “But one thing for sure is that if we are to have a normal life here, then we need to speak and live with one another, and to do business with one another,” Ziv said.

The owners want to keep their operation uncomplicated and focused on the ice cream itself; their slogan is: “Bouza — simply ice cream.” And it seems that customers are focusing on it, as well. Since the store opened in July, local residents have been coming in regularly, and Israelis from around the country have travelled to taste one or more of the 24 flavors Bouza has on offer on any given day. Even foreign tourists have started to visit the small city for a taste.

Ziv draws on local tastes and ingredients for many of his flavors. The milk comes from a near by dairy and visitors will find flavors like tahini, honey, citrus fruit, pomegranate, apple and kiwi made from local produce markets. He even tried his hand at a fig and Arak flavor after a neighbor brought him a gift of both.

But in general, Ziv’s ice cream philosophy is simple — think Haagen-Dazs, not Ben & Jerry’s. “If someone wants chocolate-coconut ice cream, then they can order one scoop of chocolate and one of coconut,” he asserted. One major exception to Ziv’s rule is Bouza’s hugely popular Crème Bouza flavor, which blends chocolate and hazelnut. 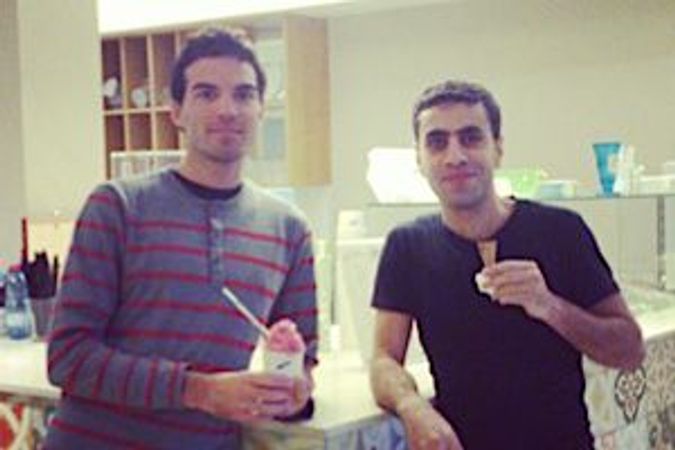 Image by Courtesy of Bouza

And after returning from a professional development trip to Italy, he’s working on a cookie flavor. “It’s not like the American “Cookies and Cream.” It’s more like the Dutch Speculoos cookie butter,” he explained. The flavor is just another in a long list that Ziv has tried out. When he heard that the American ambassador was scheduled to visit the Western Galilee, he whipped up a batch of New York cheesecake ice cream, using homemade strawberry syrup.

As a business co-owner, Ziv says he would like to eventually open other outlets around Israel. But as a chef, he first wants to focus on making Bouza’s culinary mark locally. “When people ask me if I make glida italkit (Italian ice cream), I tell them, ‘No, I make glida glilit (Galilean ice cream),’” he said.

Serving Mideast Peace One Scoop at a Time