Shaken Not Stirred: 2 Cocktails To Sip On Purim 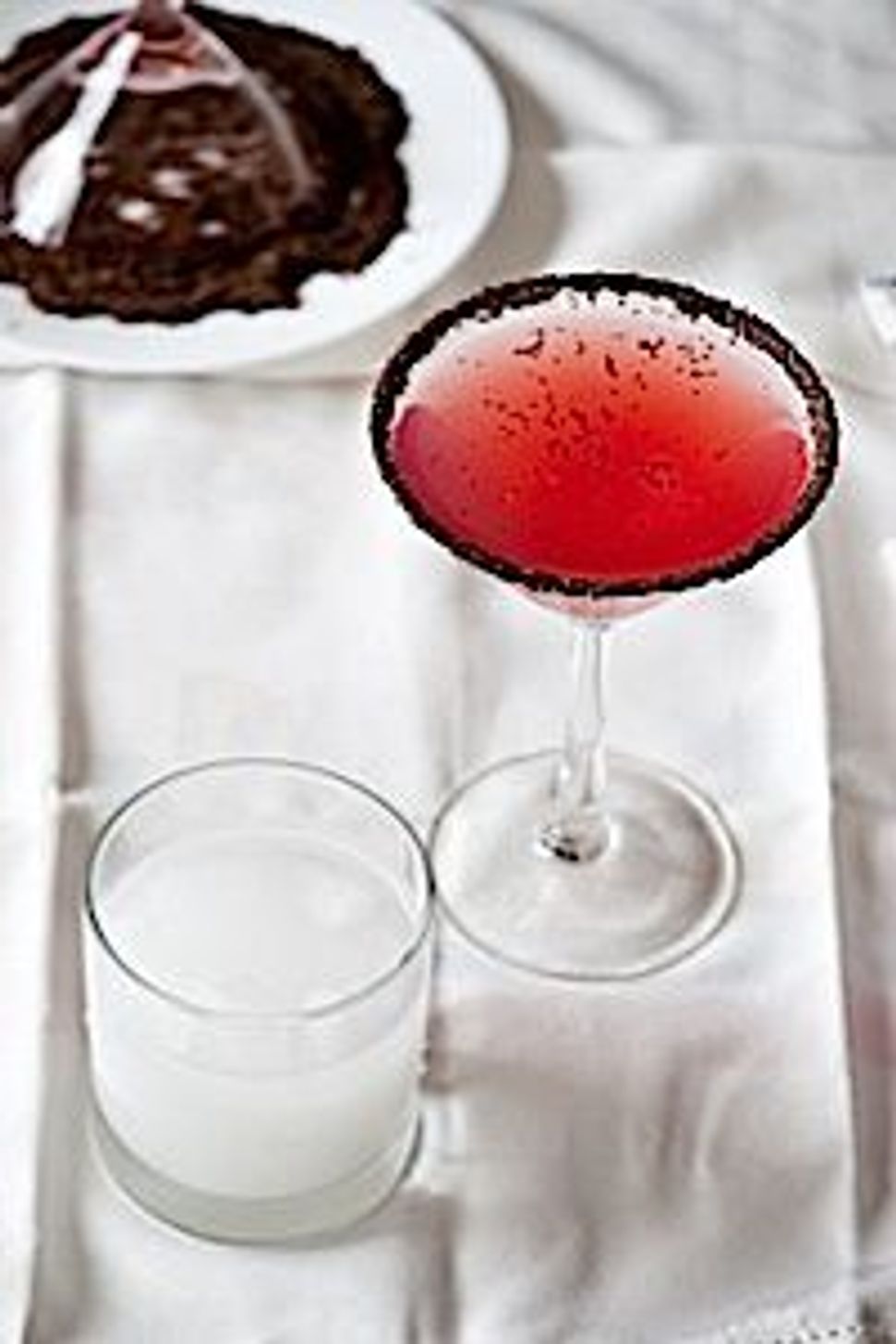 One of my favorite things about Jewish holidays is their vivid food symbolism. On Purim, this typically translates into triangular foods, like hamantaschen and kreplach, which represent Haman’s hat, pockets or ears, depending on who you ask. And, while Purim the is one of the few Jewish holidays that encourages drinking, that symbolism has yet to make its way into beverages. So this year, I’m getting in the spirit by concocting some holiday-inspired cocktails to serve up to my friends.

There are varying interpretations on exactly how drunk one should get on Purim, but the general idea is to get drunk enough that you cannot tell the difference between the hero Mordechai and his nemesis Haman. The Book of Esther even commences with a 180-day drinking festival. The biblical drink of choice would be wine, but it’s high time that Purim swills got a modern facelift.

Since Queen Esther is the heroine of the Purim tale, I wanted to invent a cocktail in her honor. The Esther Cocktail starts with pomegranate juice, since the arils of the fruit are reminiscent of the jewels in Esther’s crown. I added rose water, a common Persian ingredient, as an homage to the setting of the tale. Finally, a date honey and poppy seed rim makes for a nod to hamantaschen, as well as a dramatic presentation.

The drink is both biting and floral, and deeply reminiscent of the Middle East. Rose water pervades both the taste and smell, but is not overpowering; you don’t feel as though you just ate a mouthful of flowers. There’s a touch of sweetness, and a hint of sour. The poppy seed rim is fun and unexpected, and adds a textural element to the experience.

For something with a simpler preparation, try The Grogger, named for the rachet-like Purim noisemaker that is supposed to be shaken loudly anytime the name Haman is spoken. I started with orgeat (almond syrup; called rosetta or orzata in Hebrew) which is common in Israel, and is a tribute to Esther’s nut-heavy diet that she kept when she lived with the king so she could observe the laws of kashrut.

I paired this with Arak, the anise-flavored national spirit of Israel. If you think you don’t like Arak, then this cocktail is worth a try. Paired with orgeat, the flavor mellows and sweetens, making for a smooth, easily-sipped drink. It sounds unlikely that an anise-flavored spirit would pair well with almond, but it’s actually a classic combination and a riff on the French Mauresque cocktail.

This year, spice up your megillah with one of these Purim-inspired cocktails. And of course, drink responsibly.

1) Put the date honey on a small plate and gently twirl the rim of a cocktail glass in it so the lip is coated all the way around.

2) Spread the poppy seeds evenly on a plate and place the honey-rimmed glass in the center. Give the glass a light twirl, lift and give a light shake to release any loose poppy seeds, and turn it right side up.

3) To make the cocktail, put the vodka, pomegranate juice, simple syrup, lemon juice and rose water in a cocktail shaker filled with ice. Shake vigorously, then strain into the rimmed cocktail glass. Top with seltzer if you wish and serve.

1) Pour the Arak, orgeat and water into a rocks glass filled with ice.

2) Stir and pour into a rocks glass. Serve immediately.

Shaken Not Stirred: 2 Cocktails To Sip On Purim