Maftoul Recipe from ‘The Gaza Kitchen’ 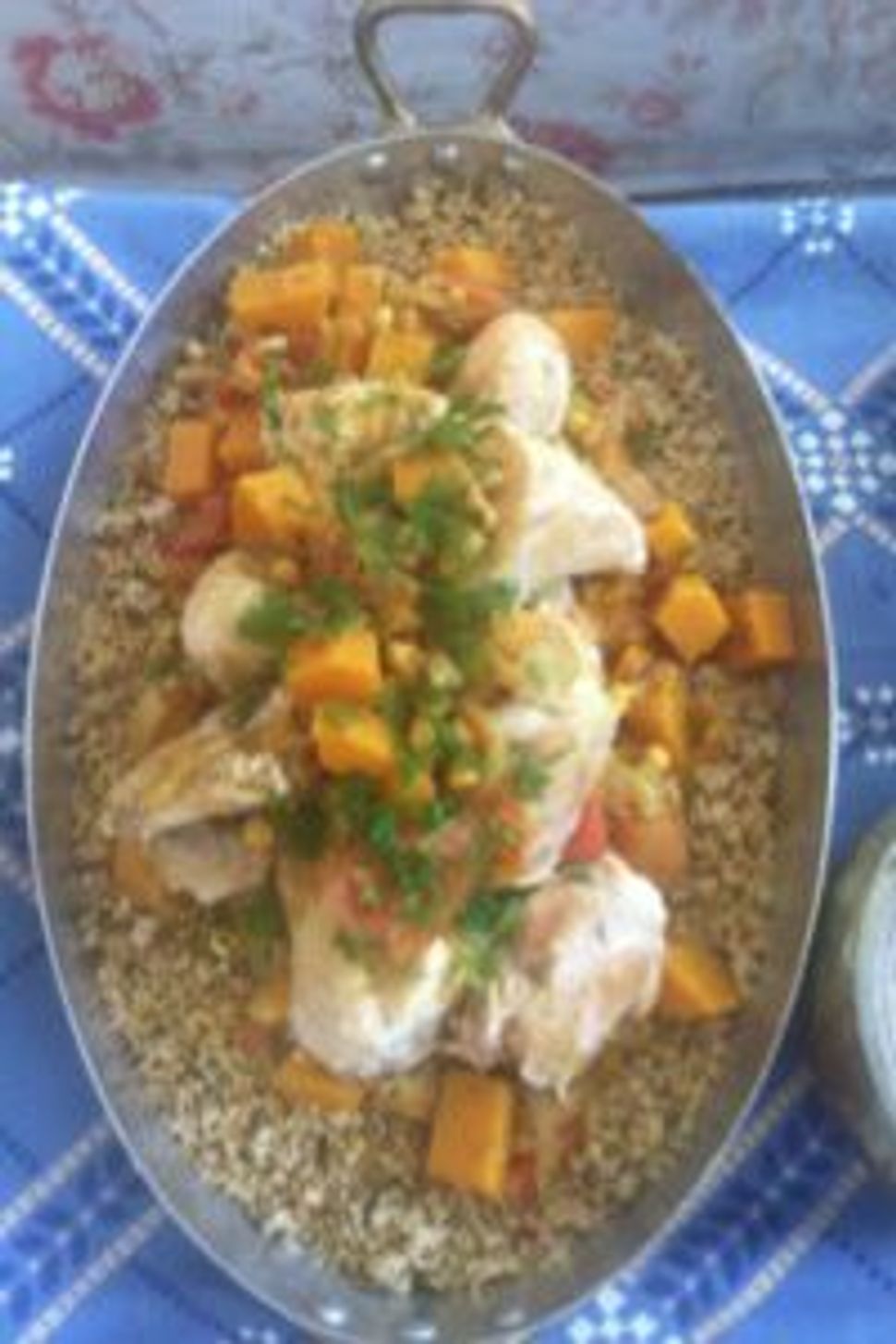 Maftoul is traditionally a celebratory dish and takes a good amount of time and dedication to make properly — but the result is well worth the effort. To save time, make the spice mix in advance.

All recipes are reprinted with permission from “The Gaza Kitchen.”

How to Steam Maftoul

In a two-part steamer or couscousiere, fill the bottom part with water and a couple of lemons, quartered. Bring to a boil. Meanwhile, smear the top part with oil and fill it with half the maftoul. If the steamer’s holes are large, you may want to cover them with a strip of cheesecloth or other pure cotton cloth before adding the maftoul. Allow this half of the maftoul to steam uncovered for about half an hour.

Meanwhile, in a mortar and pestle, grind dill seeds with 1/2 tsp salt until fragrant. Add onion and red pepper flakes and pound until coarsely mashed. Stir in cumin and 4 Tbsp olive oil. This dressing is called “arousit il maftoul”—the bride of the maftoul—for the enticing and discreet way it perfumes the grains. In Rafah, finely chopped dill greens are also added, in Gaza City red pepper flakes are preferred. Spread a layer of the arousit il maftoul on top of the maftoul in the steamer. Cover the arousit il maftoul with the remaining maftoul, and continue steaming. After some 15 minutes remove from heat and gently stir with a wooden spoon to fluff the maftoul so each grain is separate.

Hand-rolled organic Palestinian maftoul can be purchase from Canaan Fair Trade or in specialty stores (WIlliams & Sonoma and Whole Foods). In a pinch, Laila El-Haddad recommends using whole wheat Trader Joe’s couscous as a substitute. Steam it the same way as you would the maftoul.

Brown meat well in a little oil. Add onions, salt and pepper and fry until onion is translucent. Lower the flame and add water (about 7 cups, or enough to fully submerge the meat). Bring to a boil and remove any froth that rises to the top. Add qidra spices, cumin, soupr plus or (a tsp of pomegranate molasses), turmeric and soaked chickpeas. Lower heat and simmer, partially covered, for an hour. Strain and reserve broth and set meat and chickpeas aside.

In a separate pot, sauté julienned onions in 2 Tbs olive oil until slightly limp. Add squash or carrots and tomatoes and stir for 2 minutes. Add 5-6 cups of the reserved broth then cover and allow to simmer for half an hour until squash is tender. Mix in chickpeas.

To serve, spread a bed fo steamed maftoul on a serving platter. Top with vegetables and chickpeas (using a slotted spoon), and ladle a little of the broth over them. Arrange the turkey or Chicken pieces on top of the vegetables serve with small bowls of extra broth and pinch-bowls of cumin, which each person may add to taste.

This is a standard spice mix named for the rice dish in which it is most notably used. Individual cooks vary both the ingredients and their proportions, but the taste is always distinctively Gazan. This mix (without turmeric) is used in a variety of rice dishes such as sayadiyya, maqlouba and imjadarra. With turmeric it is used exclusively for qidra.

Use the freshest spices available, grinding them yourself if possible. Store in an airtight container.

Maftoul Recipe from ‘The Gaza Kitchen’