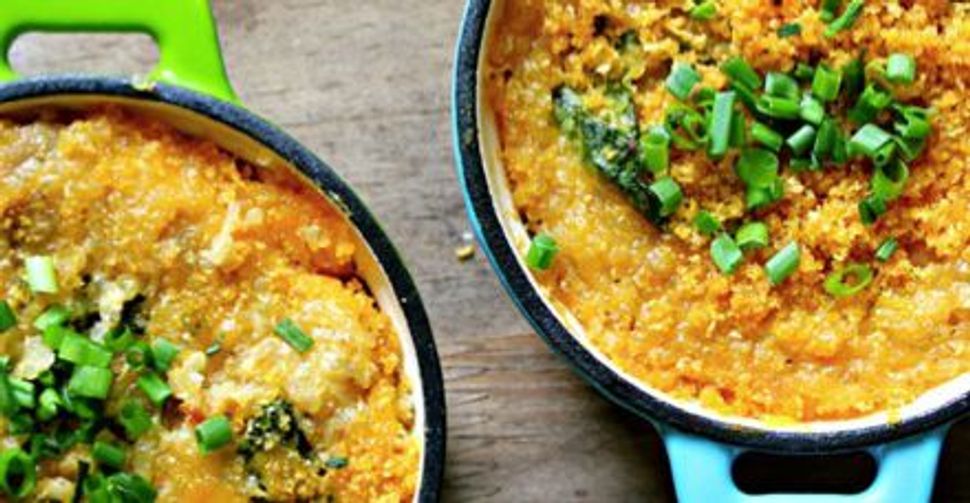 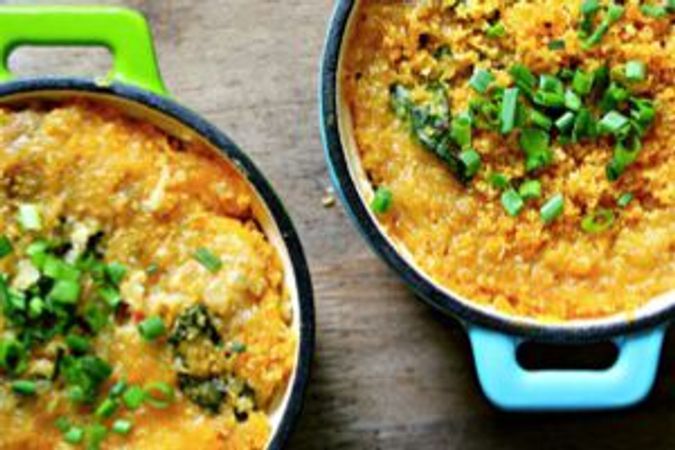 When Shauvot rolls around each year, my family usually serves up traditional sweets: Rich cheesecakes, rugelach and blintzes dominate the table. Now I love cheesecake as much as the next (former) New Yorker, but I tend to do things a little differently. I like to look at the holiday as an excuse to eat boatloads of cheese: feta, mozzarella, cheddar, you name it! Mmm cheese.

By why do we eat dairy at all on Shavuot? There are almost as many reasons for ditching meat on this holiday as there are delicious kinds of queso. Shavuot is the celebration of the Israelites receiving the Ten Commandments on Mount Sinai. Suddenly they had to keep kosher and they did not have the necessary implements to slaughter and prepare kosher meat. Dairy it was! Another explanation is that the Israelites received the Torah right after their Exodus from Egypt, a journey described as escaping the misery of Egypt to the “land flowing with milk and honey”, and so we celebrate the day with dairy.

No matter the reason, let’s bring on the cheese. Since it’s not the healthiest food on the block, I always try to balance out indulgences with more nutritious options in dishes like quinoa mac and cheese. By swapping out the traditional pasta for quinoa, the dish is packed with protein and super filling. Quinoa has a heartier flavor than pasta and a nice chewy texture. This dish is creamy, cheesy, and has a nice crunch with the topping. For even more nutritional value, I added kale and mushrooms. Lest we get too wholesome, the whole thing is loaded with nearly a pound of cheese. Sounds healthy to me! 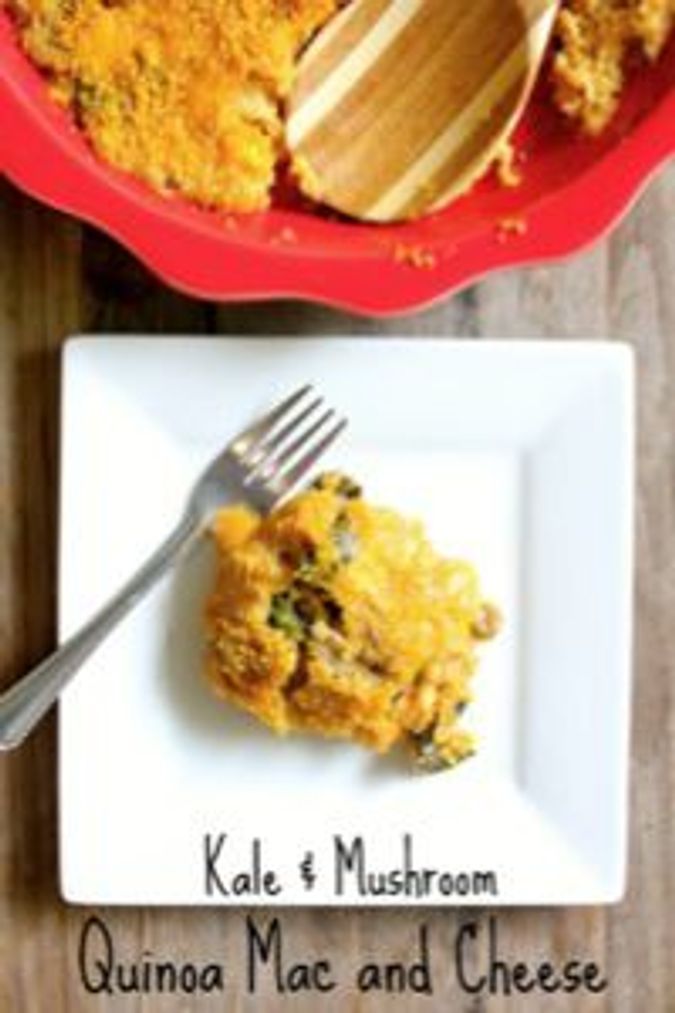 1) Pre-heat oven to 350 degrees F.
2) Cook quinoa according to package.
3) In a bowl, mix together all-purpose flour, dry mustard and nutmeg.
4) In a large 8 qt stockpot, melt butter over medium heat. Sauté diced onions and sliced mushrooms with a pinch of salt until the onions are translucent, mushrooms are soft, and both are cooked through, about 5-7 minutes.
5) Add flour mixture to the onions and mushrooms and cook for a few minutes until the fat is absorbed. The vegetables should be covered in a flour and butter thick paste.
6) Then add in the two cups milk and bring to a simmer over medium-high heat. Simmer for 5-10 minutes until sauce is think and smooth.
7) Then add in black pepper, 3 cups cheddar cheese (reserve ½ cup for the topping) and Parmesan cheese and combine. Season to taste with salt.
8) Stir in kale and quinoa and stir until mixed well.
9) Spread quinoa mixture into a casserole dish (I used a 9 inch pie pan, individual serving dishes work great too).
10) In a separate bowl, combine Panko breadcrumbs and 2 Tablespoons melted butter. Sprinkle remaining cheddar cheese over the quinoa and top that with Panko mixture.
11) Bake for 15-20 minutes (uncovered) until cheese is bubbly and the top is lightly browned. Let cool 5 minutes and serve!

Amy Kritzer is a food writer and recipe developer in Austin, TX who enjoys cooking, theme parties and cowboys. She challenges herself to put a spin on her Bubbe’s traditional Jewish recipes and blogs about her endeavors at What Jew Wanna Eat. You can follow her on Twitter, Pinterest and Facebook and watch her cooking videos on Google+.