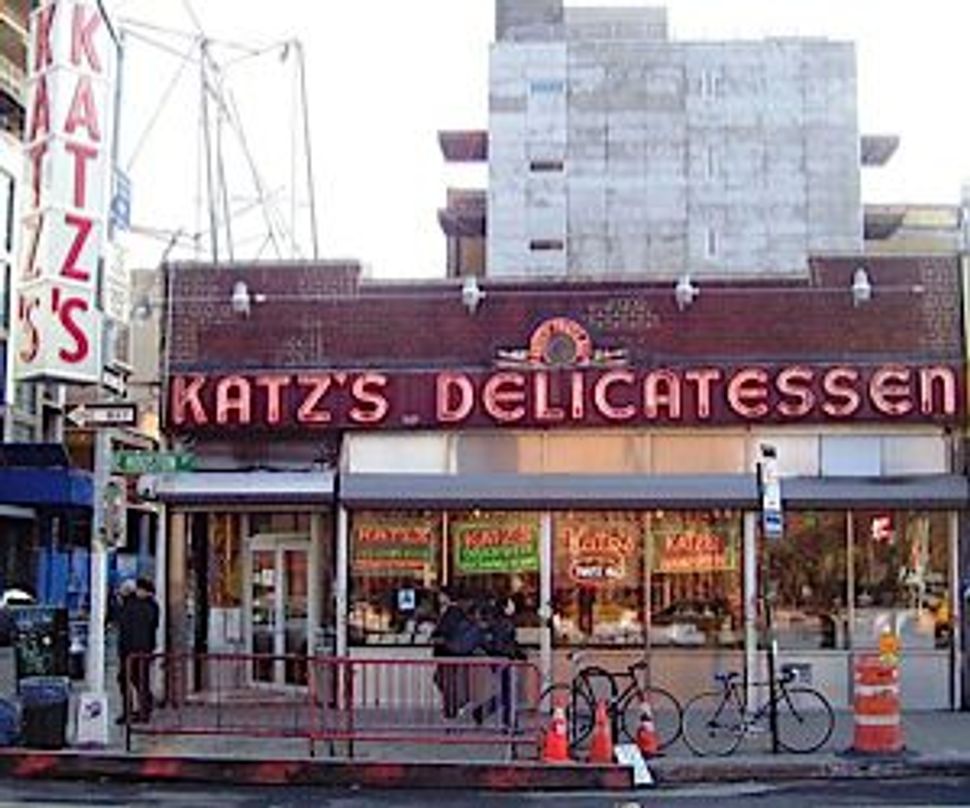 Seth Meyers may have just been named as the next host of “Late Night” on NBC but we have our eyes on someone a little different. Meet David Manheim, foul-mouthed waiter at iconic Katz’s Deli by day, aspiring TV host by night. Not waiting for kismet to work its magic, Manheim, chronicles his life at the soon-to-be 125 year old deli on his blog “The Last Jewish Waiter.” Only blogging since April 20th, Manheim’s voice is a breath of fresh air in its unapologetic hatred of his job, his mistreatment (or some might say, New York treatment) of his customers and his comedic take on Jews and gentiles alike.

With an analysis of every type of customer, Manheim’s most interesting takes are those on the different types of Jews he serves. There are the easygoing, rich Jews who relocated to the South now making a pilgrimage back to the New York deli of their roots who delight in his mistreatment of them. And the Jews visiting from out of town impressing their family with their knowledge of all thing Katz. “I have to say, these guys crack me up,” writes Manheim, “they have determined that a square knish from Katz’s will finally open the dormant Jewish gene in their half-Jew daughter. I feel like they think one bite and the girl will be reciting a Haftarah portion.”

No doubt Manheim, who says he is 38, is among scores of Jewish waiters who hate their customers and have more than a few colorful words for them, the only difference is that he’s the only one with enough chutzpah to say it to your face. The controlled DMV-like chaos at Katz is unacceptable at a restaurant, writes Manheim, but he revels in it, “I love it! I throw silverware at the customers, refuse to serve certain items, and am generally nasty. With a certain understood kindness at the bottom.” Charm us, he does.

Check out his first video below: