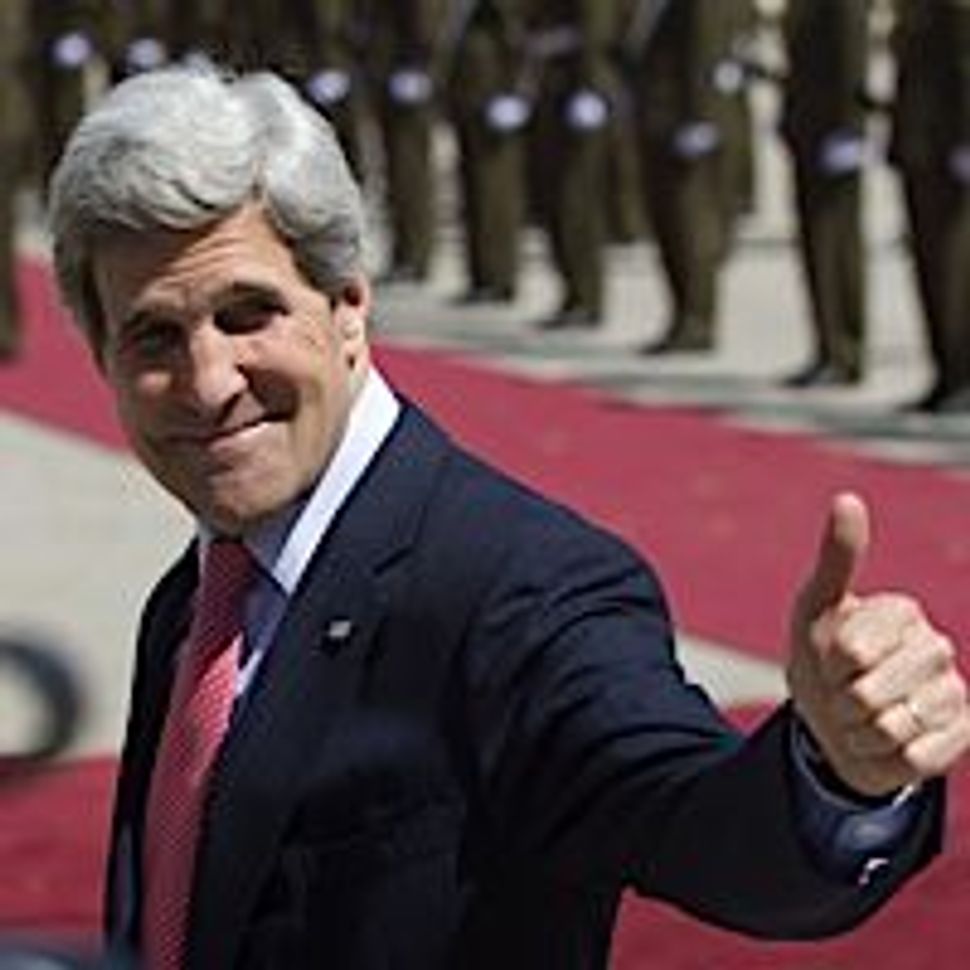 Secretary of State John Kerry stepped off the diplomatic track on Thursday and onto a West Bank street where he sampled a shawarma sandwich and a pistachio-sprinkled Palestinian sweet.

In a rare gesture for a U.S. secretary of state – but a staple of U.S. political campaigns – Kerry dropped by the Samer Restaurant in the Palestinian city of Ramallah to enjoy typical Middle Eastern fare.

“Man that is good,” Kerry said after biting into his shawarma, a sandwich filled with slivers of meat roasted on a rotating spit, typically wrapped in pita bread and garnished with tomatoes, tahini sauce, hummus and pickled turnips.

The top U.S. diplomat, who is in Israel and the Palestinian territories to try to revive peace talks that collapsed in 2010, then walked across the street to a sweet shop owned by the same man. There he dug into Kunafeh, a cheese pastry soaked in sweet syrup, and sipped coffee.

While U.S. secretaries of state have travelled to the West Bank dozens of times, they seldom step out of their official meetings to sample the local culture. One of Kerry’s aims is to perk up the Palestinian economy, something he may have done in a very small measure by insisting on paying for his food.