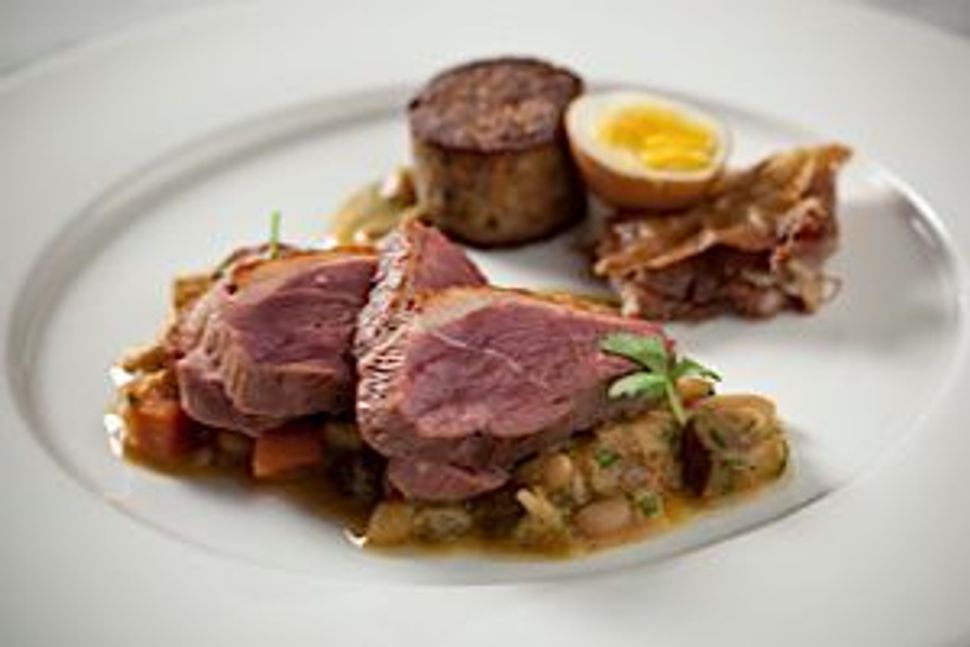 Cholent Redux: Solomonov developed an upscale take on cholent at Citron and Rose. The new chef, Karen Nicolas plans to keep it on the menu. Image by Steven Legato 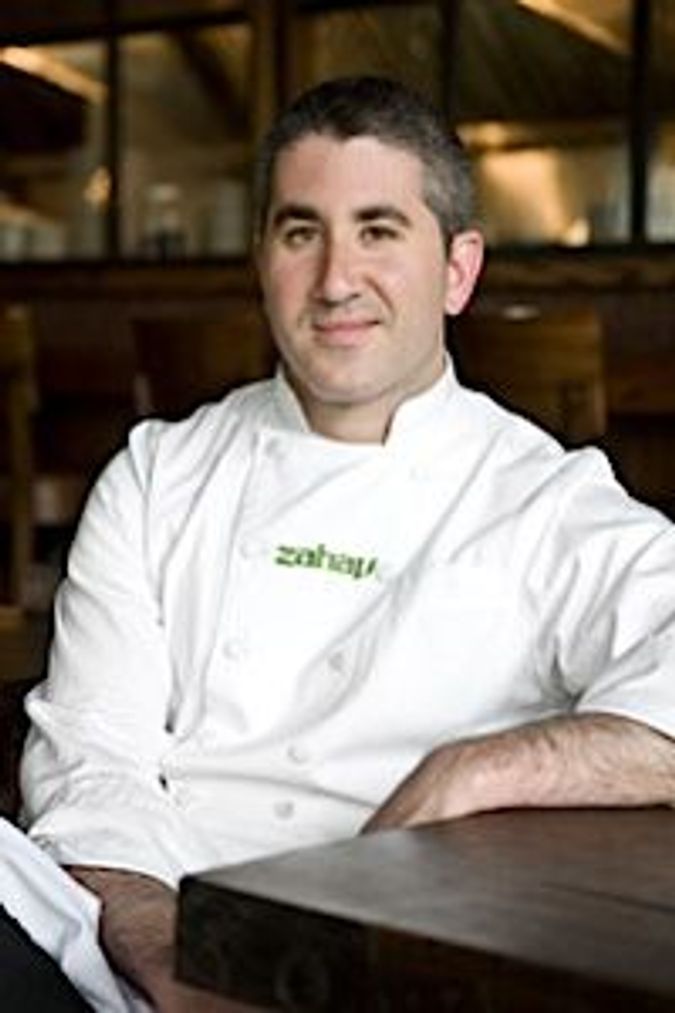 Well, that didn’t last long. We’re talking about star chef Michael Solomonov’s tenure at Citron and Rose, the hot new kosher fine dining establishment in suburban Philadelphia. Only half a year after opening the restaurant with owner David Magerman, Solmonov, known for his innovative Israeli-inspired fare at Zahav, and his partner Steve Cook are pulling out —and they are taking their chef de cuisine, Yehuda Sichel, with them.

Nicolas is still practicing the pronunciation of classic Jewish dishes and learning what cuts of meat are kosher, but she has ambitious plans for the Citron and Rose menu. Her goal is to make traditional European Jewish food as modern as possible. “Not many people have really done this with Eastern European cuisine on a high end level,” she said. “I plan on modernizing it and making it more seasonable.” 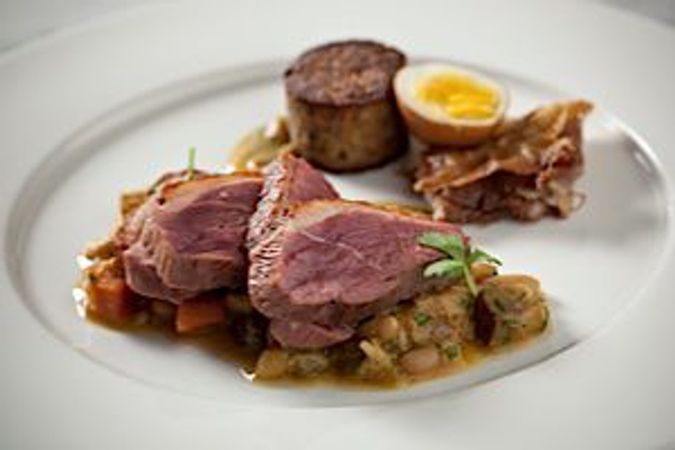 Cholent Redux: Solomonov developed an upscale take on cholent at Citron and Rose. The new chef, Karen Nicolas plans to keep it on the menu. Image by Steven Legato

While Solomonov focused only on creating modern and deconstructed variations of European Jewish dishes, Nicolas plans on embracing “the entire melting pot of the Jewish world.” Nicolas said she will retain the cholent (referred to as sholet at Citron and Rose, and made of duck confit, kishke, haminado and flageolet beans) and the brisket — though she plans on preparing it differently. She’ll also work in Middle Eastern spices and flavors into the menu by preparing dishes like eggplant-stuffed bourekas paired with lamb and matboucha, a traditional Moroccan dish of cooked tomatoes and roasted peppers with garlic and chili pepper.

The menu is just part of a larger shift Magerman plans for the restaurant, despite its current popularity. The split between him and Solomonov appears to really be about a difference in outlook that developed. Solomonov was looking to attract creative eaters game for a unique spin on Jewish European cuisine. Magerman, on the other hand, was interested in catering to suburban kosher diners wanting to eat a good meal outside of the house.

Given the reality that the main patron base of kosher restaurants tends to be the kosher-eating crowd, we probably shouldn’t be surprised. A similar dilemma developed in Mountain View, Calif. at The Kitchen Table. The restaurant, which had aimed to bring a fresh California flare to traditional Eastern European fare, couldn’t count on the deep-pocketed Silicon Valley lunch crowd for its survival and shuttered after only a couple of years.

“To complement C&R, we needed to do more family-friendly projects, both in terms of off-premises catering and more casual dining,” Magerman told Philadelphia Magazine. “We need to serve people breakfast, so they can go out in the morning for business. We need to do a $5,000 kiddush, in addition to the $75,000 wedding. And we need to provide take-out lunches and dinners when people need them.”

“What I think a lot of people outside the kosher world don’t understand, is while many of the diners at Citron & Rose are there because they love the food, many others are there also because it’s the only place they can eat!”