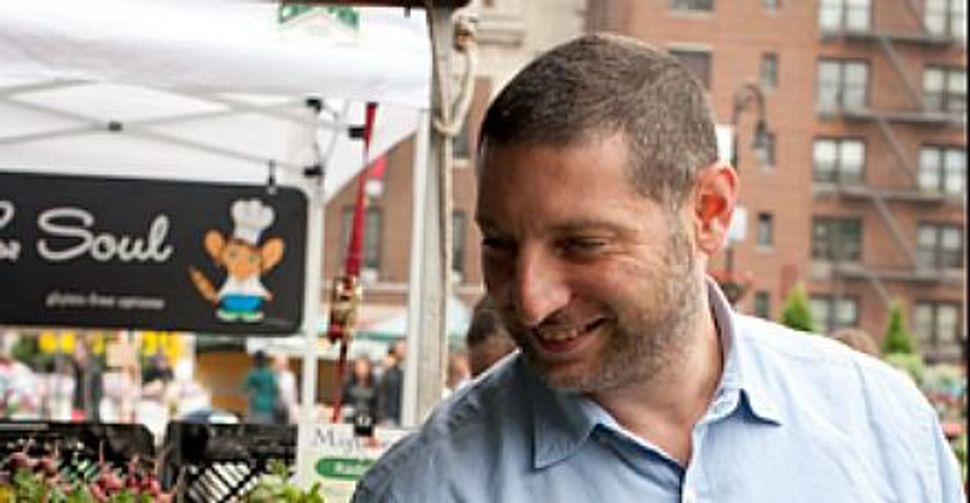 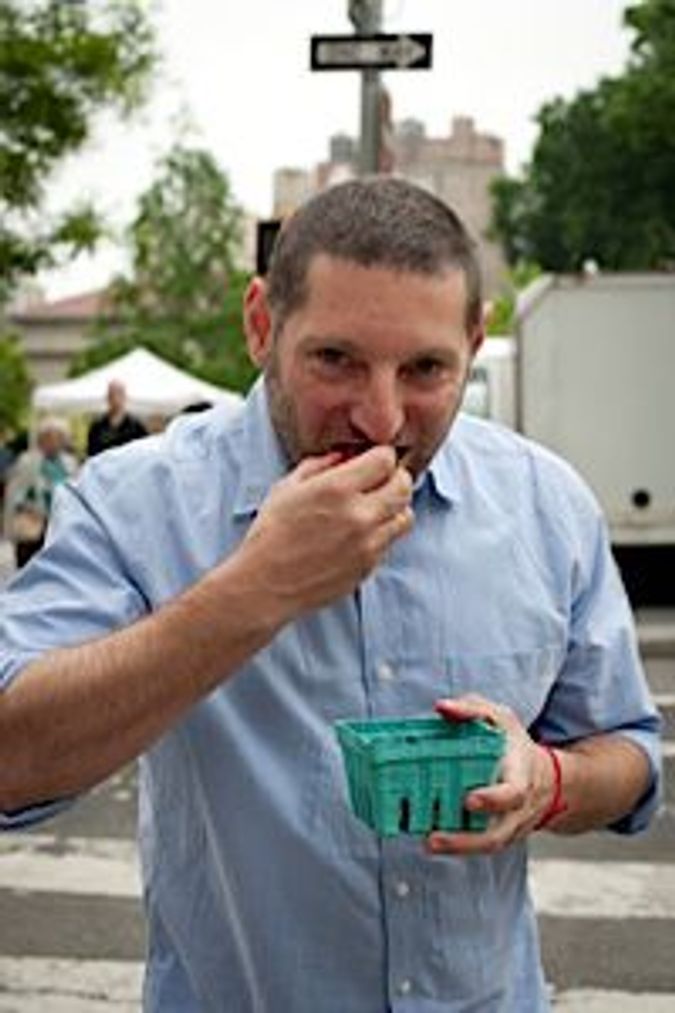 On every plane that touches down in Israel, there is inevitably a group of people who head straight to the Kotel — no matter the hour, they feel they haven’t arrived in the Holy Land until they pray at the wall. I save the Kotel for later and make a pilgrimage straight to Shuk Machaneh Yehudah, Jerusalem’s longstanding market. Here, small wooden stalls are piled high daily with fresh produce grown around the country, fluffy pitas are turned straight from the ovens into bags for shoppers and the halvah men entice shoppers with samples from their endless mountains of the sweet sesame snack. Members of diverse communities converge here, particularly in the hours before Shabbat. It’s one of the divided city’s few points of common ground. It is my Jerusalem.

When I’m away from Israel, I follow the news of the shuk as closely as an outsider can. And even 6,000 miles away, the name Assaf Granit and his restaurant Machneyuda (which shares the same name as the market, but a different spelling) has rung loud and clear.

In 2009 Granit and his partners Uri Navon and Yossi Elad opened a restaurant located just beyond the edge of the market inspired by this bustling place. The chefs change the menu twice a day — an impressive feat for any restaurant, but even more notable in a country where the import of ingredients from other corners of the earth is often challenging.

When I heard Granit was coming to New York for a short visit, I met up with him at New York’s closest thing to the shuk, the Union Square Farmers Market, on a cold and gray May morning. Granit navigated the produce and bread stalls like any accomplished chef — stopping to snack on the season’s first strawberries, talk about fresh chamomile (which he makes into a tea-inspired ice cream at his restaurant) and marvel at the selection of greens. “Every time I leave here I’m depressed because we don’t get leaves like this,” he said. Still, Granit manages to make do at Machneyuda and has made his flagship restaurant (he owns three others) one of the most important in the country.

All photos by Liz Clayman

Born and raised in Jerusalem, the city has always been an integral part of Granit’s life, but food has not. Growing up “my house didn’t have any culinary inheritance. My mom was the worst cook ever,” he told me, then quickly remembered that he promised his mom he would try not to repeat that. But, when his family ate in restaurants, Granit fell in love with the performance of the meal. After the army he started working in a coffee shop and helping out as an unpaid kitchen assistant to learn from chefs he admired.

He left the city for short stints to cook in Rome and London but always returned. “I never had a gut feeling to leave,” he said simply. And when he made plans for his first restaurant he opted for a spot in his hometown instead of the country’s culinary capital Tel Aviv. “I felt like we had something to say culinarily.” Granit developed his own approach to local food in the Holy Land. But don’t mistake that as “modern Israeli” food, he says — an idea he argues doesn’t exist.

When I asked him to describe his food he said “happy and tasty. We think about that first and then comes the culinary method.” By focusing on the atmosphere first, Granit feels the freedom to serve a Japanese inspired appetizer followed by a Jerusalem rendition of risotto. “We created a place without one identity,” he added. The idea of a top-tier restaurant like this is more radical than it may seem in an age when many chefs are hyper-focused on perfecting specific cuisines, be it Japanese bar snacks or sauces from a far-flung region of Mexico.

Granit and his team travel as much as they can, collecting ideas from different cultures’ cuisines to apply to what’s available locally at the shuk, which they visit daily for inspiration. “If you use the stuff around you and thinking creatively, you will always get best results,” Granit told me.

But the restaurant’s chefs are not merely customers of the market, their presence has been part of a larger shift in the culture of Machaneh Yehudah. Concerts and art projects have popped up, but so have fashion boutiques where family produce shops once stood. “We brought a big, but not necessarily good change,” Granit told me honestly. The new energy “makes the whole area amazing… but [we] should be careful to not lose the identity” of the market, he added.

While the shuk continues to evolve in Jerusalem, Granit and his partners are planning to redirect part of their focus to London, where they will open their first restaurant outside of Jerusalem this fall. Granit says the ideas for the restaurant aren’t fully formed yet but he hopes it will be somewhat like Machneyuda. The new location will test the team’s creativity and the concept of the restaurant in a city that has almost unlimited access to international ingredients but no central market and a notably different produce selection from Jerusalem.

Before he moves west for several months to open the London restaurant, Granit will get a good dose of Jerusalem’s flavors from two programs he’s co-hosting as part of the Jerusalem Season of Culture. At the Israel Museum’s annual event Contact Point, Granit’s team will offer diners a painter’s palate covered with flat bread. For dinner they will choose from several colored boxes filled with mystery ingredients of that color (a bright red box will be filled with roasted peppers for instance). Before eating, a local artist will photograph the edible palates and then the chefs will wrap them up to be eaten.

Granit is also launching a food truck that will operate around the city for three weeks this summer. Each day’s location and menu will be dedicated to a famous Jerusalemite from a poet to a local soccer star — and even to a Palestinian chef from East Jerusalem whom Granit admires.

The goal of the project Granit says — much like his restaurant — is to tell “the story of Jerusalem through food.”