Where To Catch a Game and (Kosher) Wings 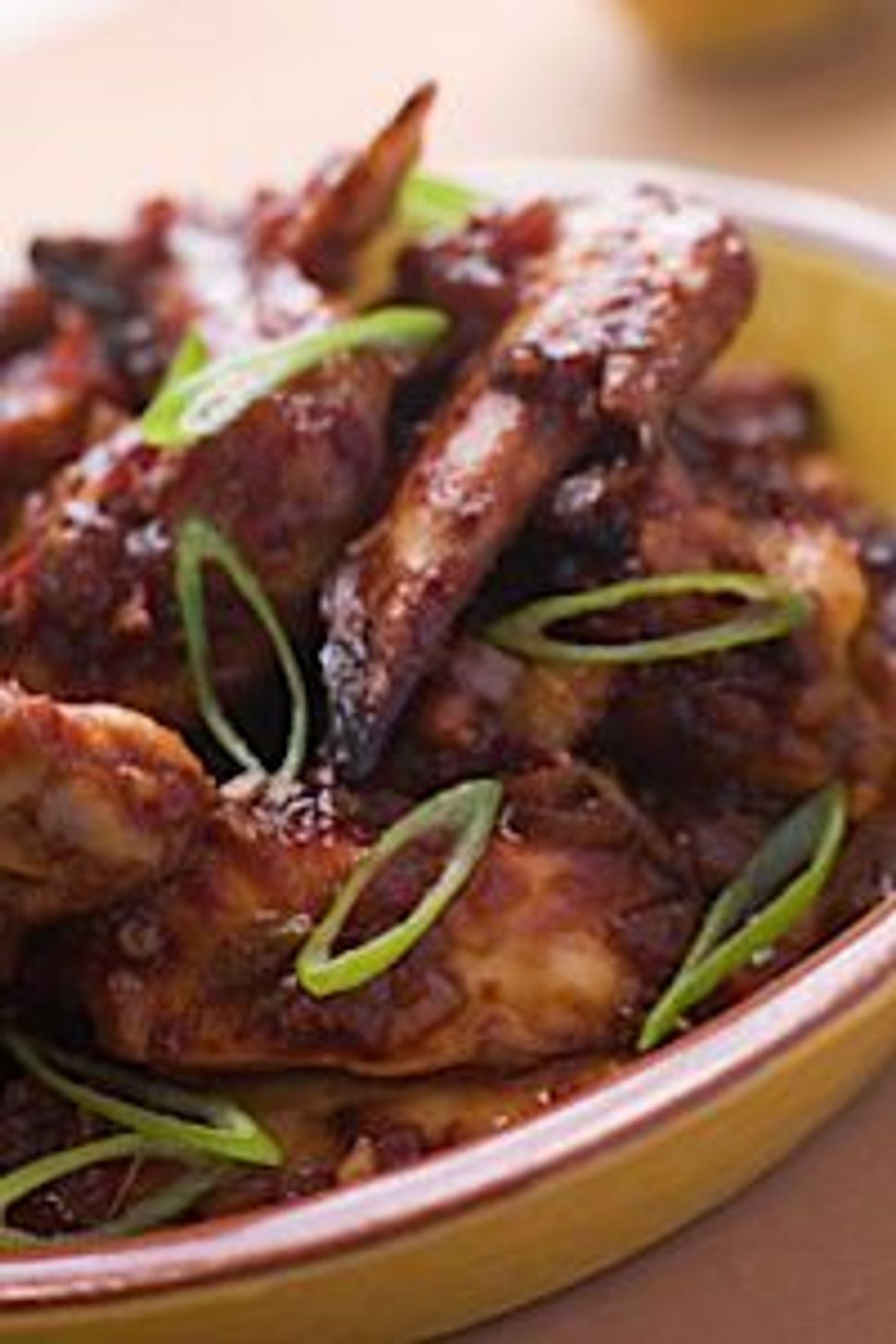 If you’re a kosher-keeping sports fanatic, there aren’t many places to catch a game and grab a bite. Until recently, Stamford, Conn. hosted the only kosher sports bar in the country, Kosh.

But, last week it got some company. Gotham Burger opened its doors on Manhattan’s Upper West Side. The new spot boasts eight flat-screen televisions, a fun take on kosher bar food to be washed down with one of six beers on tap, a well-curated wine list, and signature cocktails.

“When you analyze kosher eateries around the city, there’s a lot to choose from,” says Avi Roth, the psychologist-turned-chef who opened Gotham Burger with partner Michael Chill. “The question for us was how to give people an experience that maybe they haven’t had and weren’t used to.”

The partners placed their bets on comfort food, a hit at Gotham Burger’s first restaurant in Teaneck, NJ. Once Roth and Chill decided to ramp up their beverage program in Manhattan, a sports bar “seemed like a natural progression,” Roth says. “I played baseball in high school and college. I love sports. A lot of people do. And a sports bar was a way to distinguish ourselves in the kosher world.”

Roth has tweaked a few standards for the Gotham Burger customer. Wings come slathered in a cranberry-tinged sauce “on the sweet side. That’s where the kosher palate tends to go. We’ve tried our wings hot, but the sweeter version plays well with a kosher clientele.” Buns and breads come from Shloime’s Heimishe Bakery in Borough Park.

Gotham Burger also puts beer on tap, “which I haven’t seen in a kosher restaurant,” Roth says. Pacifica, He-Brew’s Coney Island Lager, Stella Artois Blue Moon, Bud Light, and Sam Adams mean “a nice cross-section for every palate.” Stout lovers will find Guinness on tap. For wines, the partners leaned toward meat-friendly varietals like a Barkan Cabernet Sauvignon from Israel and Gusto Sauvignon Blanc from New Zealand. And Gotham Burger just unveiled its first signature drink — the Perfect Gotham, and rum, vodka, and seasonal-fruit concoction. “We use fresh fruit whenever we can. But conforming to kosher certification, it can become a challenge.”

A kosher environment also means WWE, mud wrestling, and bikini volleyball probably won’t air on Gotham Burger’s screens anytime soon. “We’ve had requests for fights. I’m on the fence about it. I wouldn’t want to do something that’s not proper for a kosher establishment. A night where we watch ‘Game of Thrones’ might be a stretch,” Roth says. “But if we get a large contingent that wants to see European Premier League [soccer], I would. In the meantime, Roth plans to broadcast “all of it — basketball, football, soccer, hockey, baseball.” For now, Roth and Chill are getting acquainted with dining-out habits of Upper West Siders. “[After] Shabbos, it’s a mixed reaction. A lot of them probably had heavy meals on Saturday night, and don’t want another one. On the other hand, we have a clientele that comes to us after a midnight movie, or coming from a party.”

And some of his employees are just learning about Shabbos. “We’ve been opening our doors at 10pm after Shabbos,” he says. “Some of the guys who hadn’t worked kosher wondered why they couldn’t come in at 7 to start prepping.”

Where To Catch a Game and (Kosher) Wings