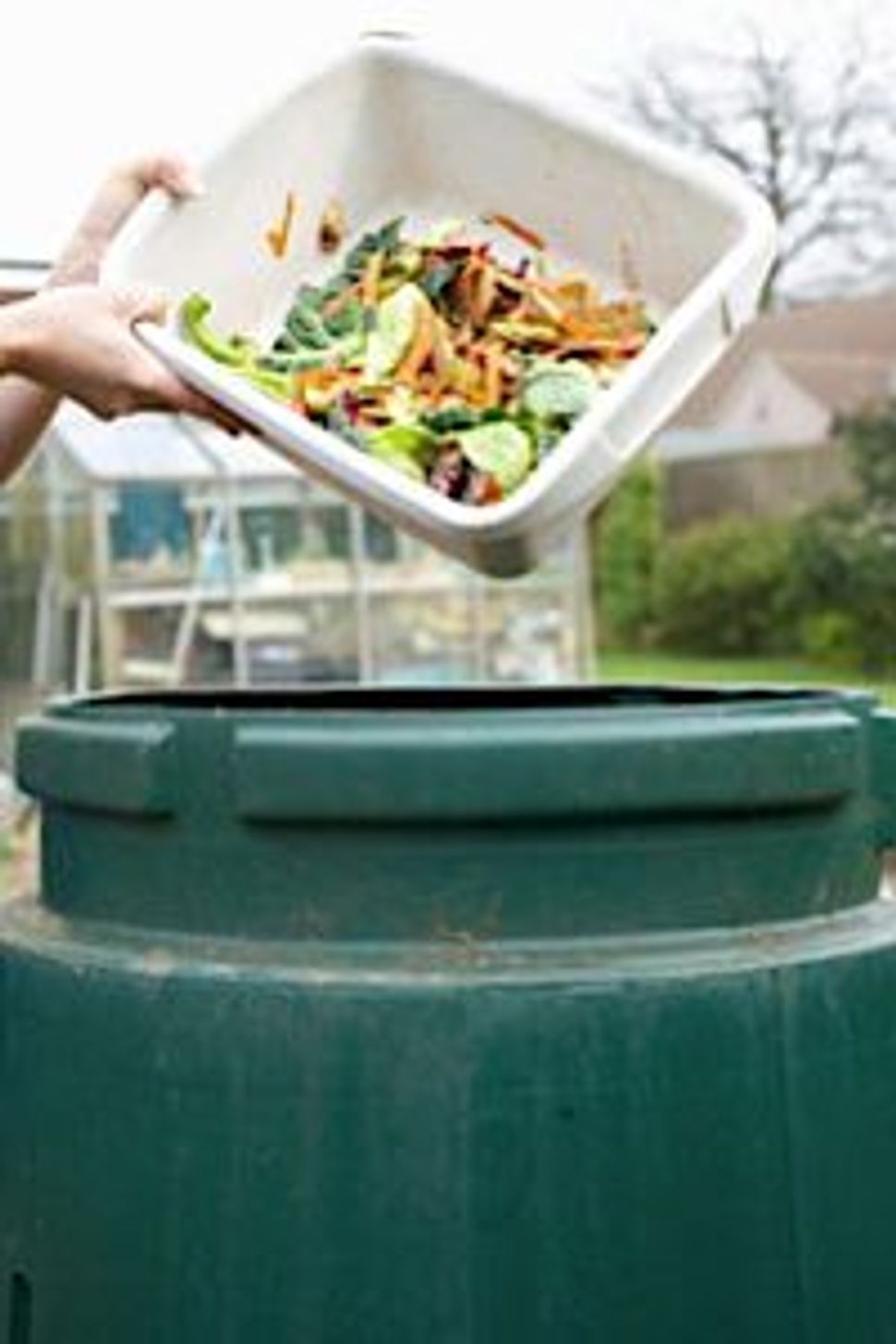 Compost is a touchy subject. As anyone who’s collected food scraps in her kitchen can tell you, some people see a container full of cucumber peels and egg shells as a step toward sustainability, while others smell a stench. Last week, New Yorkers filed into each of these categories — and a few in between — when they learned that the Big Apple will start composting.

Thanks to successful pilot programs, “the Bloomberg administration is rolling out an ambitious plan to begin collecting food scraps across the city,” the New York Times reported last week.

The compost program could reach the entire city by 2015 or 16, with a requirement to separate unwanted food from other trash not far behind. As with New York’s recycling program, those who do not comply could face fines.

For some Jewish businesses, city composting would align with an interest in environmental responsibility or the sense of a religious imperative to care for the Earth. And, many well-known forces in the city’s Jewish community, in fact, already embrace the practice that has divided residents. But for others, it’s not a chief priority.

If the 14th Street Y were an apartment dweller, it would have nothing to worry about. The community center started a compost drop-off program back in March that met with instant success. From the start, the operation surpassed many composting programs in the list of contributions it accepts, which includes meat, dairy, and even used napkins, paper cups and take-out containers. The deposits quickly added up, and Camille Diamond, the center’s director of community engagement and communication, reported that the Y handily surpassed its goal to collect a ton of compostable material by Earth Day. Now the program has tallied almost four tons of waste, sending it through a hauling company to a plant in Delaware that supplies farms with compost.

Mirele Goldsmith, director of the Jewish Greening Fellowship program that helped to establish composting at the Y, says that the fellows are training other organizations’ leadership to run similar programs.

Meanwhile, Masbia, a network of soup kitchens and food pantries in Brooklyn and Queens, is investigating ways to feed the worms and the soil as it provides meals and groceries to people in need.

Though New York wouldn’t require organizations or restaurants to compost any time soon, many see it as a pragmatic step.

“I think any sustainable way of taking care of trash is a good idea,” says Alexander Rapaport, executive director of Masbia, who noted that volunteers might peel a thousand pounds of potatoes in a single day. The organization has already adopted other environmentally sustainable measures like purchasing reusable baking pans and donating leftover oil to a biodiesel producer. But feeding Masbia’s clients will remain the organization’s first priority, he says.

Rabbi Moshe Elefant, chief operating officer of the Orthodox Union’s Kashruth Department echoes a related sentiment: “We very much believe in preserving the environment and therefore any efforts in that way are something that we welcome,” Elefant says, “but it doesn’t really affect the kashruth status of the food in our program.”

For Jake Dell, who oversees major operations for Katz’s Deli on the Lower East Side, composting isn’t just a good idea; it’s already de rigueur. Katz’s pays a company to collect the scraps left over from processing some 25,000 pounds of meat each week and haul them to a facility outside of the city.

A manager at the 2nd Avenue Deli in Midtown and the Upper East Side said he hasn’t looked into the process yet, but is open to the idea and believes that his customers are, too. However, Dell feels these places aren’t typical. For neighboring restaurants, he says, “I’d imagine this could be a big change.”

While most of the close to 1,000 online comments on the Times article reflect positive vibes, some complain that containers of food at the curb could attract rodents, or worry about odors and vermin invading their kitchens. A hefty handful denounce the move as another Bloomberg administration attempt to control the city’s food habits.

The program could have a greater impact on those who cook most of their meals at home, as many people who follow kosher law do, and on large families. These constituencies would bear the biggest burden — and be most likely to accrue fines if they do not comply.

Goldsmith, among others, believes that overall, caring for the planet and avoiding waste are inherent to Judaism. “People are excited about composting because it is a way to put these Jewish values of stewardship into practice in our daily lives,” she said.

But Diamond at the 14th Street Y admits a Jewish connection wasn’t the impetus for her program. “Some consider being good to the earth a spiritual value that aligns with their religious values, and others think it has no association at all,” she told us. “What I do know is that the more people learn about the facts of composting, what it means and why it’s important, the more that they want to participate.”