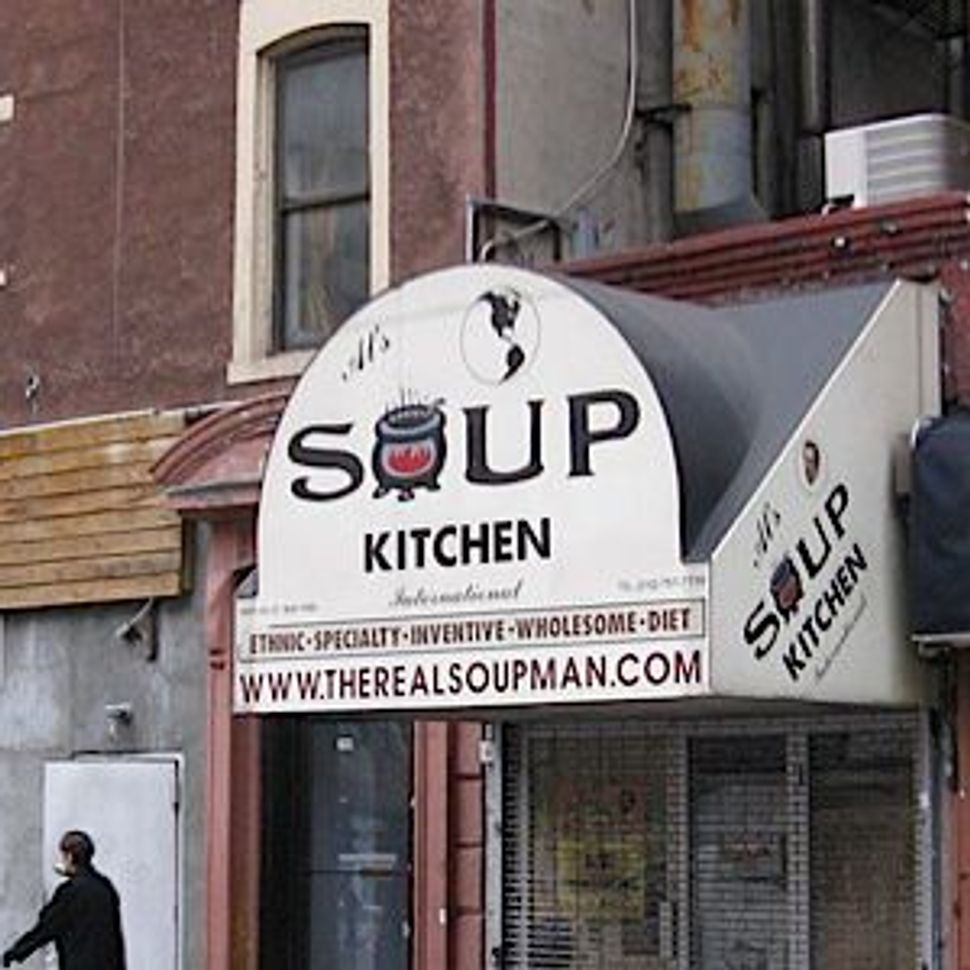 The soup kitchen in Midtown Manhattan housed the original ?Soup Nazi.? Now, his soups will be available from the side of food trucks across the country. Image by Wikicommons

Back in 1995, it seemed the only way the Soup Nazi rolled was with “No soup for you!” But that was well before the current food truck craze. Now, thanks to a franchising operation, it’s possible to literally experience soup-ordering hell on wheels.

Remember when you used to have to have to line up at the original Soup Kitchen International in Midtown Manhattan to be abused by soup-maker-par-excellence Al Yeganeh (aka, the Soup Nazi, as “Seinfeld” fans know him)?

Well, those days are long gone, as are hopes for a revival of the classic television series that made the soup vendor famous beyond New York with an episode that skewered the soup nut’s totalitarian rules for ordering. (By the way, Yeganeh was apparently so incensed by the parody that he warns people on his website never to use “the N-word in relation to him or his soups”).

These days you can get Yeganeh’s 47 soups at one of 13 Original Soupman (the company’s new name) outlets in New York, Connecticut and Texas. Or if you prefer not dealing with Yeganeh’s rules for ordering (Seinfeld didn’t make them up — they’re real), you can pick up a box of his product at your local grocery store.

According to an exclusive report in the New York Post, there will soon be another way to savor a bowl (container, more like) of Yeganeh’s delectable mulligatawny, gazpacho, sausage gumbo or jumbalaya (Newman’s favorite, as you’ll recall). Yeganeh and his company’s CEO Lloyd Sugarman are hoping to roll out a fleet of 80 to 100 Original Soupman trucks, with franchise rights going for $15,000. Each vehicle — plastered with Yeganeh’s mug — will cost an additional $85,000.

We’ll have to wait and see how many entrepreneurial soup lovers think one of these franchises is right for them. In the meantime, we’re left with these Soup Nazi highlights to savor: