At Tel Aviv’s Latest Cafe Everything Costs a $1 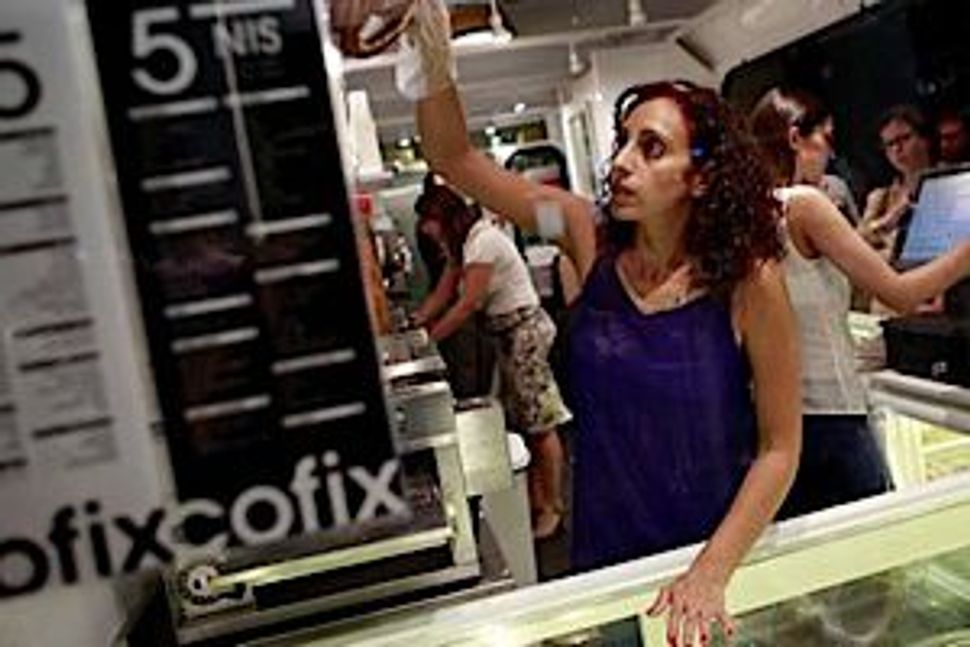 Cofix, a new cafe offering everything on its menu, from coffee to sandwiches, for a mere NIS 5 (about $1.25), generated some hysteria upon its opening in north Tel Aviv Monday, knocking the prime minister and Iran’s nuclear program off the patrons’ radar.

Only a few hours after it opened, dozens of people were lined up to get in, with the queue winding down Ibn Gvirol Street.

Most of the customers suspected they’d be getting poor-quality food, but when they discovered the fare was decent, they took it as a miracle.

While you’d think the concept would appeal primarily to the impoverished middle class, those in and waiting to get in Cofix seemed more of an established crowd. Take Saguy, a high-tech executive who lives in the area and was particularly excited by the bourekas and fresh-squeezed juice. Why would someone like him need cheap eats? “Nowadays no salary is enough, didn’t you know that?” he replied. “Wherever you can save, you save. I wouldn’t bring a date here, but I’d come here before the date.”

Just to put things into proportion, a cup of coffee at a cafe normally costs anywhere from NIS 10 to NIS 15.

There wasn’t enough space for everyone in the narrow cafe, so customers grabbed the tables at the adjacent shwarma joint and the nearby Ilan’s House of Coffee, which was practically empty.

At Tel Aviv’s Latest Cafe Everything Costs a $1