A Match Made in the Vegetable Patch 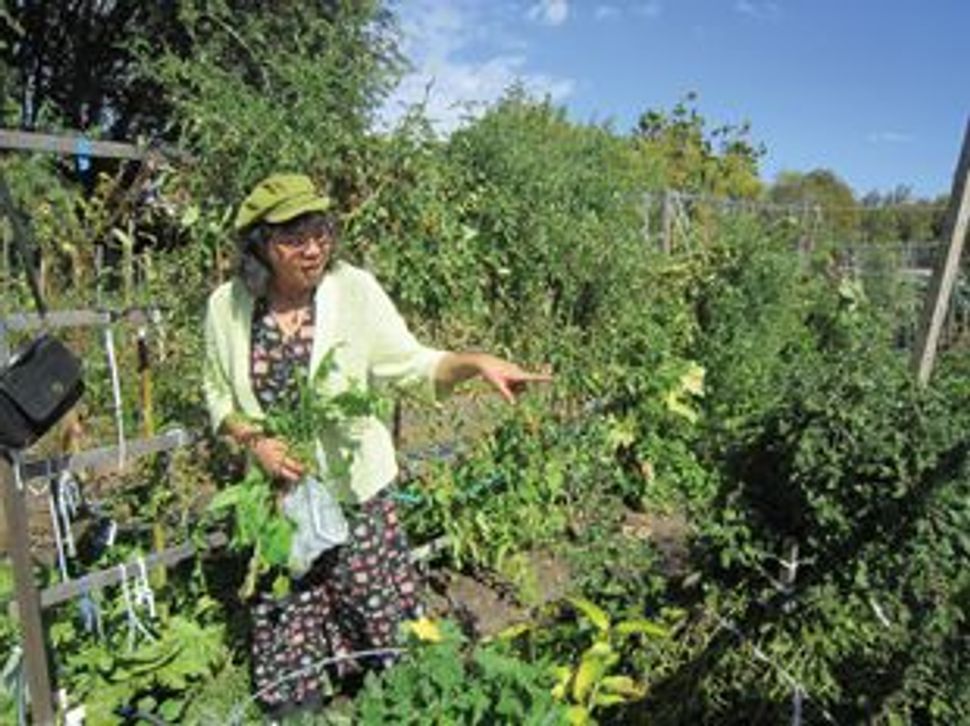 When Smadar and Oded Lerner of San Jose decided to marry almost 25 years ago, Smadar told him two things she wanted for their future children: to speak Mandarin and go to church. Secular Israeli that he was, Oded was willing to make that concession for love.

Today the Lerners live observant Jewish lives, something neither of them could have predicted. But from the start, a lifestyle choice they were certain about was growing their own food.

Oded Lerner, 73, was born in pre-state Israel. His father taught agriculture and “tried to teach me at home,” he said. The family had a garden and fruit orchard, along with some chickens and a goat. In high school, Oded would box up their fruits and vegetables and take them to market before school to earn pocket money.

Smadar, 50, grew up in Buffalo, N.Y., and Los Angeles as the daughter of Chinese immigrants. Her mother gardened when she was little, and as soon as she was old enough, Smadar began to help pruning roses and other plants.

The couple met in a hiking club in Los Angeles; for Oded, it was a second marriage. The Lerners’ journey to Judaism began when Smadar took a course to learn more about the religion. That led to her Reform conversion and then a second, Orthodox conversion, with Oded increasing his observance as well.

“Neither of us would have guessed that this is what our lives would look like when we met,” they agree.

Today, 25 years later, the retired electrical engineer and his wife spend much of their time gardening a few miles from their home in Willow Glen. While the Latimer Community Garden is not the closest one to where they live, Smadar chose it because of its proximity to where she buys kosher meat.

San Jose began its community garden program in 1977, providing land, tools and other materials like wood chips and compost to residents who grow their own produce and flowers. All 18 gardens have strict rules — they must be organic, and the gardeners are not allowed to sell what they grow; the produce must be for their own use, donated or given away.

The Lerners have been at the Latimer for seven years; this year, Smadar is serving as the garden’s secretary-treasurer.

On a recent visit, they were growing a mix of peppers, tomatoes, squash and, in a nod to Smadar’s Chinese heritage, winter melons and yam leaves (a Chinese green that her mother grew when she was young; it grows easily and plentifully).

There are 37 plots in the Latimer, and according to the Lerners nearly all are tended by foreign-born gardeners. They believe they are the only Jews at present. While no one socializes outside the garden, everyone is very friendly inside.

“It’s an interesting melting pot,” she said. “There are people from Serbia, Russia, China, Ukraine, Iran and Iraq.”

“In America, the culture is going to the supermarket,” Oded added. “People [in the garden] have their own traditional foods, and everyone can have the food they like.”

Smadar explained how to identify a Bosnian garden, by the large tomatoes on the periphery with peppers inside, which they roast, peel and freeze for later use.

The Lerners can their tomatoes, making enough sauce for use throughout the year. They have grown corn for schach (fronds for the top of their sukkah), and have grown their own horseradish for Passover since joining the garden community.

Earlier this season when their spaghetti squash were small, Smadar etched names into each one. After harvest, she took them to a group of women with whom she says Tehillim (psalms) every Sunday.

She told the women to look through the squash and find the one with their name on it — a big surprise for the group. “A lot of them hung them in their sukkah, some ate them for Sukkot, and some are saving them for Thanksgiving,” Smadar said.

The Lerners are working on getting bees, which will require a yes vote by everyone in the garden.

Alix Wall is a personal chef in the East Bay and beyond. Her website is The Organic Epicurean.

A Match Made in the Vegetable Patch