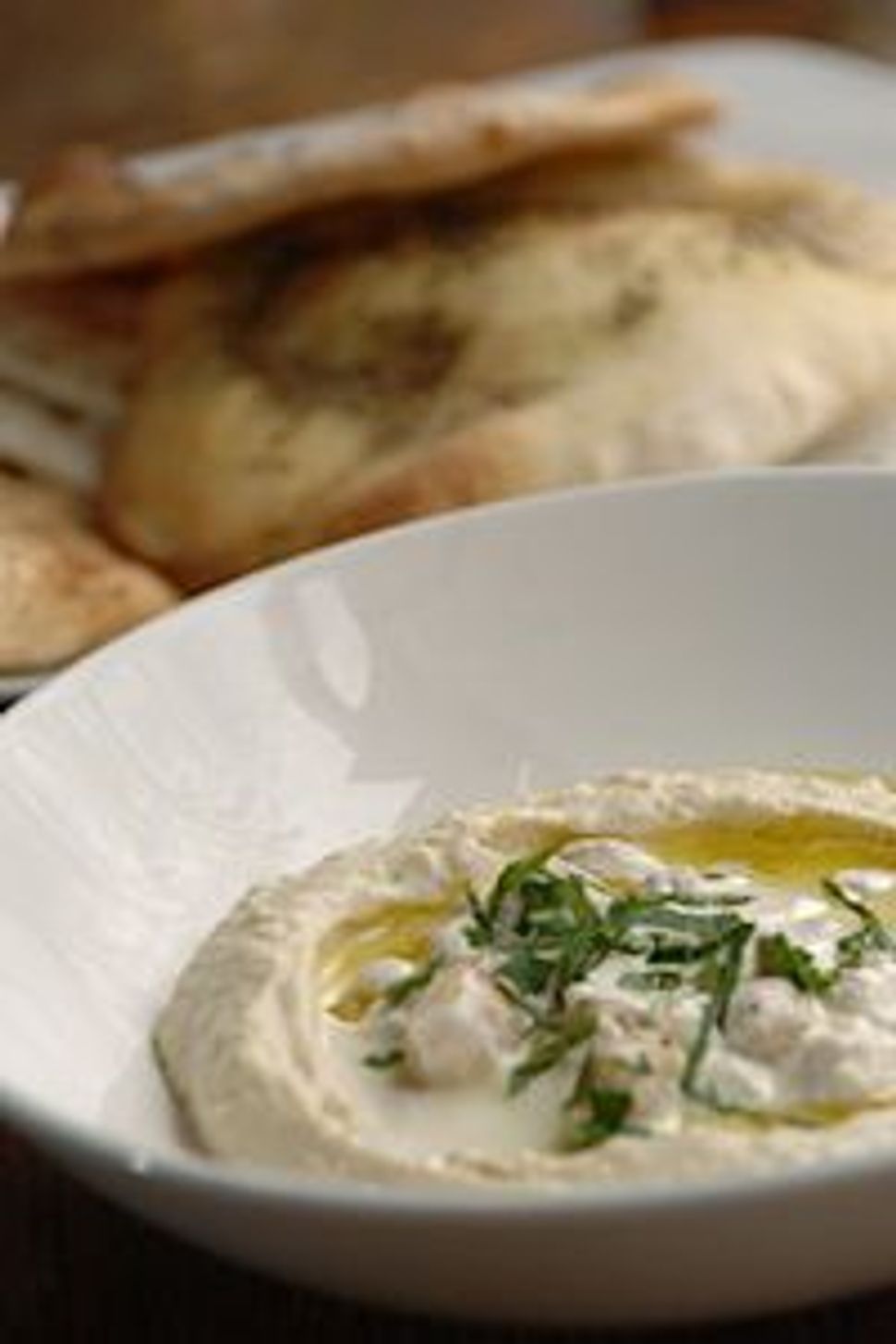 Solomonov and his business partner Steve Cook announced that they’ll be adding two more restaurants to their group, which already includes the award-winning Israeli-style restaurant Zahav: A laid back Israeli-style Hummus restaurant named Dizengoff, and a restaurant with “traditional Jewish Diaspora” foods named Abe Fisher. Both are slated to launch down the street from each other in spring 2014, on 16th and Sansom Street in center city Philadelphia.

The news of the latest restaurants in the works broke last week, as the two were in the air, returning from a food tour they had led in Israel.

At Dizengoff the focus will be “really great, consistent hummus,” says Solomonov, who was born in Israel and spent his childhood moving between Israel and the United States.

The menu at the 25-seat restaurant will be very limited, he says. At the moment, he isn’t willing to commit to serving anything beyond hummus and tahini.

“Minimalism is kind of going what we’re going for,” says Solomonov. The restaurant will be “accessible” in terms of both concept and price, he says.

The hummus, which will be made fresh several times a day, hopefully will be faithful to what’s found in Israel, says Solomonov. But the restaurant will be doing one thing different from many of Israel’s most popular, packed hummusiyot: “I don’t plan on asking people to get up and leave” in order to make room for new customers, says Solomonov.

The second restaurant, 50-seat Abe Fisher, is slated to be just down the street from Dizengoff. The inspiration is Jewish cuisine in Europe, the United States and Canada, or more specifically Jewish-style restaurants like those in Paris, Budapest, New York and Montreal, he says. Unlike the similarly themed Citron and Rose which Solomonov consulted on earlier this year, Abe Fisher will not be kosher.

The menu will involve “chicken broth and things that kind of evoke classics we grew up with and love,” says Solomonov. While it’s too early to say exactly what will be on the menu, Solomonov can say that diners shouldn’t expect straightforward, traditional food — everything will have “a kind of twist,” he says.

Aside from Zahav, which launched in 2008, other restaurants in Solomonov and Cook’s group are southern-inspired Percy Street Barbecue, and two locations of Federal Donuts, which serves donuts in the morning and fried chicken later in the day.

Solomonov, who was named one of “Food and Wine” magazine’s top “empire builders” last year, believes that now is a good time to be serving Israeli and Jewish foods, in Philadelphia and in general.

“I think that Israeli food and Jewish food has a place in modern dining,” he says. “I think there’s a lot of room for it,” adding, “Philly is a great place because everyone is so excited by stuff like this.”

Israeli food in particular is gaining popularity, he believes.

“There’s a lot of momentum for Israeli food in particular and we want to represent that as well as we can,” he says.