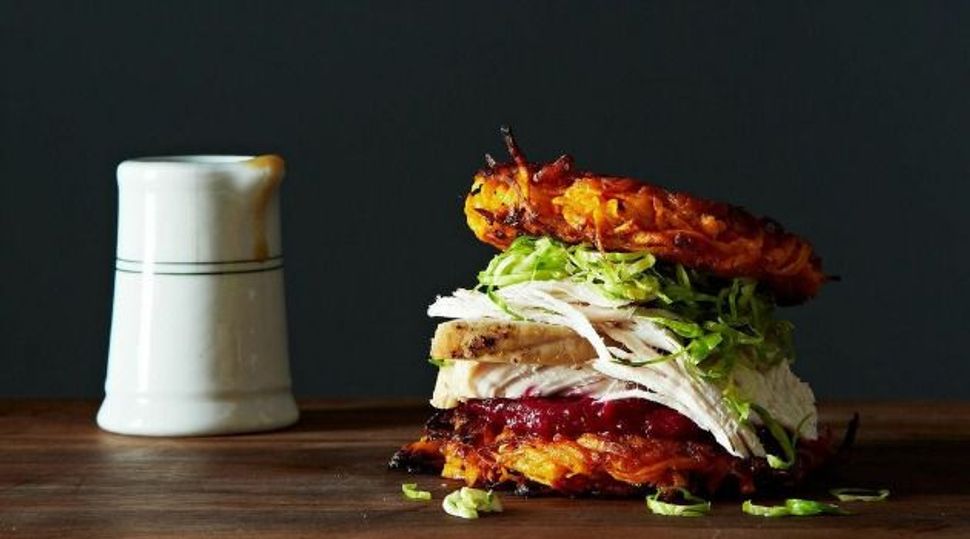 The culinary miracle that is Thanksgivukkah is only with us for a brief window of time before slipping away for another 70,000 years — so this holiday season, you can pretty much throw your diet out the window.

To celebrate this winning combination of pumpkin and turkey and latkes and gelt, Food 52 challenged Serious Eats to a friendly competition: Which community could come up with the biggest, boldest, Thanksgivukkah dish?

After much head scratching, mixing, tasting and salivating, these are the two final contenders:

FOOD 52: The Thanksgivukkah Double Down

Which would you rather taste?