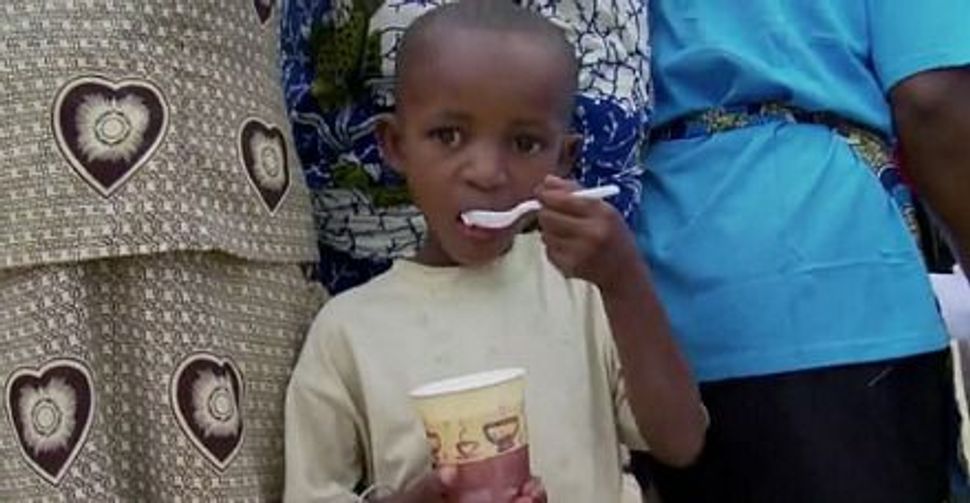 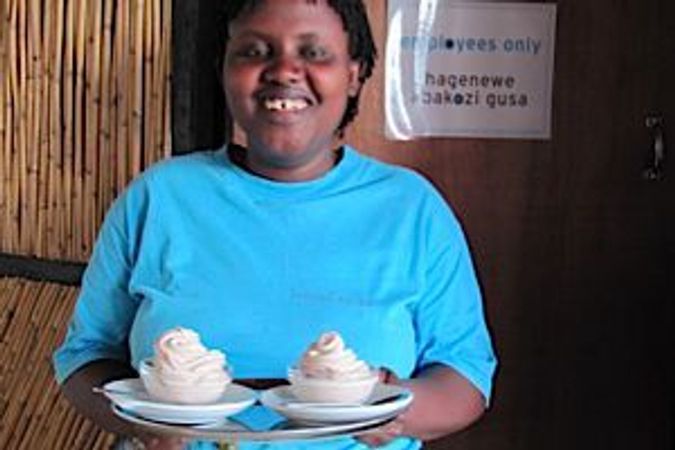 Image by Courtesy of Sweet Dreams

We’ve seen films about Africa, like “Blood Diamond”, which show some grim realities of postcolonial life. There have been countless movies about genocides and their consequences, with heart-wrenching stories of survival, guilt and trauma. And there have been movies about delicious food – just think of “Chocolat” – leaving viewers in the paradoxical position in which they simultaneously want the film to continue, and be over, so the drooling stops.

Bringing those themes together might appear strange. Last Friday, however, a documentary premiered in New York that succeeds at combining them with a tale about women’s empowerment, entrepreneurialism and developmental aid. “Sweet Dreams” is the story of the Brooklyn ice cream shop Blue Marble, whose owners Jennie Dundas and Alexis Miesen collaborated with a group of female drummers in Rwanda to open the first ice cream shop in the country that was ripped apart by a genocide almost two decades ago.

Directed by award-winning brother and sister Lisa and Rob Fruchtman, the 84-minute documentary uses ice cream as a metaphor for dealing with trauma. “That movie is not about drumming and ice cream but about the emotional drama,” said editor and director Lisa Fruchtman. What got her interested in the story, which she and her brother started filming in 2010, were the issue of recovering from genocides: “In Rwanda, it is like Jews coming back to Germany… There is shame and guilt among the children of the perpetrators, not unlike the younger generation in Germany.”

Referring to the different stories about past, present and future of the country, Fruchtman added: “It was a major hurdle to weave it together.”

The film starts by introducing “Ingoma Nshya”, Rwanda’s first female drumming group, which was founded by playwright Kiki Katese in 2005. This initiative, unique not only because it broke the taboo of women playing drums but also because it currently unites around 100 women including survivors and children of perpetrators in the 1994 genocide, easily warrants a documentary on its own, but the filmmakers push the storyline along.

Katese approached Dundas, a former actress, at the Sundance Film Festival in Utah and asked whether she would be interested in helping her open an ice cream shop in Butare, a city of 77,000 in the South of Rwanda. The members of the drumming group would form a cooperative, each paying dues and in return become shareholder of the shop. The film documents how, together with Miesen and Dundas, the women get their business going — from attending lessons to learn English and business management to renovating a space and advertising the opening.

Miesen, who spent two months in Rwanda while setting up the ice cream shop, which is called “Inzozi Nziza” (Sweet Dreams), said that they approached the women as partners: “We had the common understanding that we both work our butts off to make this happen.”

Some scenes are amusing: For example, when they discuss the names of different sizes of ice cream bowls, someone suggests, “don’t be cheap” for the largest one. Others, such as the women’s visible excitement as the ice cream machine arrives from South Africa and they crack the bubble wrap, are heartwarming.

The documentary is nevertheless far from presenting a purely “feel good” picture of the positive impact of developmental aid. Despite the life-affirming, humorous vitality many of the women display, the viewers also sees moments of doubt, conflict and jealousy: Among others, there are debates about the membership dues, which are too high for some women to pay, and disappointment and tears after ten women were chosen to work in the shop.

The most disturbing part of the film, however, consists of the women’s personal stories. They recount their experiences during the genocide, in which 800,000 minority Tutsi as well as some Hutu were killed in just a hundred days, often by neighbors and friends. Even though extremely powerful and touching, and certainly necessary to better understand the project, the interviews occasionally interrupt the flow of the movie. A short recap of the genocide in addition to showing a public grieving ceremony felt like it was mainly included to make the audience choke up.

In contrast, a scene in which President Paul Kagame held a public hearing and people approached asking for cattle and other improvements for their lives, was left without further explanation, leaving one with the lingering feeling that more context about the current political situation would add to the understanding of the country’s problems.

Still, the story and the role food plays in rebuilding a community is powerful. Miesen said that ice cream just happened to be the vehicle that was chosen: “It was about creating a space where people could hang out and experience something magical and break out of hardship.”

With the shop in Butare, that only uses local ingredients for the ice cream, still buzzing – the women have adapted the menu to include hot meals for students – Miesen is already onto her next project: an ice cream shop in Haiti.