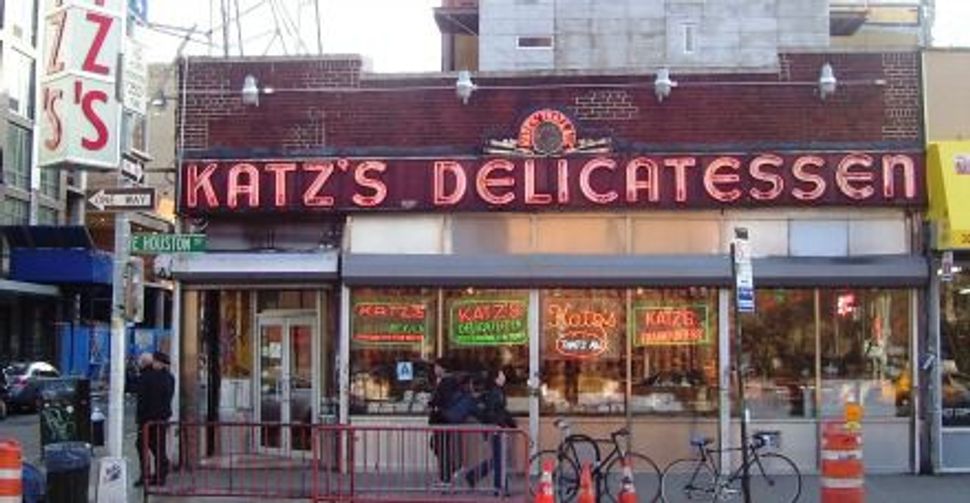 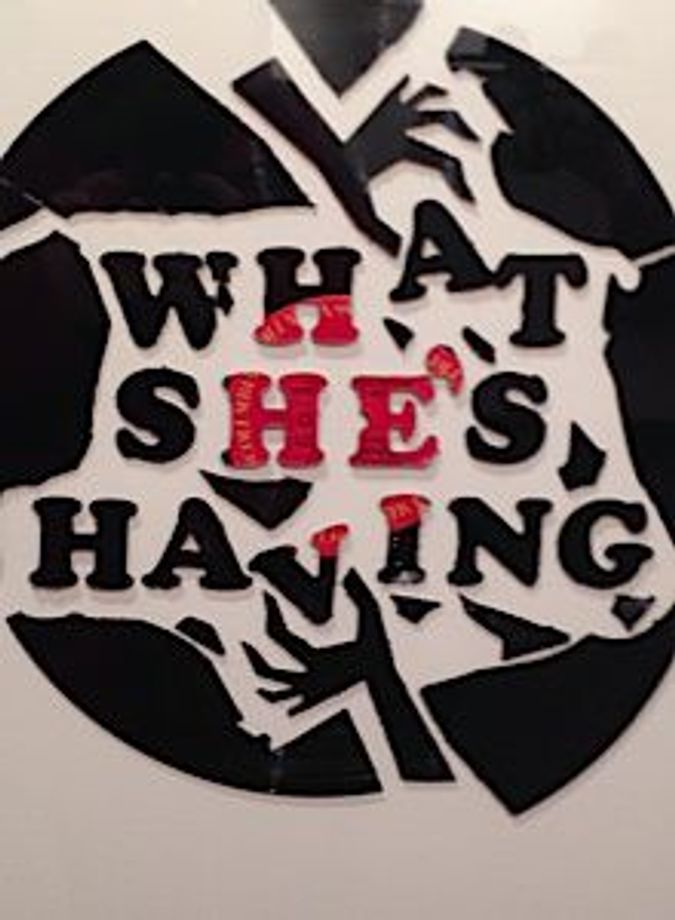 Want a side of art with that pastrami on rye? You’re in luck. As part of celebrations for the iconic Lower East Side deli’s 125th birthday, Katz’s Deli commissioned the space next door to their restaurant to use as a pop-up gallery.

The Space at Katz’s, as the gallery is dubbed, merges the old and new Lower East Sides, exhibiting deli-inspired artwork. The pop-up opened on October 22, and will be open to the public until February, cycling in new work every month.

The initial offerings at the space includes a wall-sized scrawl by fashion designer and artist Baron Von Fancy which reads “I’ll have what she’s having,” the quip from the famous scene set in Katz’s in “When Harry Met Sally.” Artist Hanksy, famous for his street art-style spins off of celebrity culture, contributed a portrait of comedian Will Ferrell in a cat costume dubbed “Will Feral Katz.” The show also includes several pieces by Studio Hyp-Inc made from carefully broken vinyl records in the shape of sandwiches.

Along with the rotating art, The Space serves as a store for Katz’s merchandise. Every month, a different designer will riff on the Katz’s deli standards to produce t-shirts, baseball caps, and event specialized sneakers. New York City-based designer Alife is The Space’s initial collaborator, offering Katz’s caps and t-shirts inspired by one of the deli’s slogans, “Send a salami to your boy in the army.”

The current exhibit at the The Space, at 203 East Houston Street, runs until November 24.