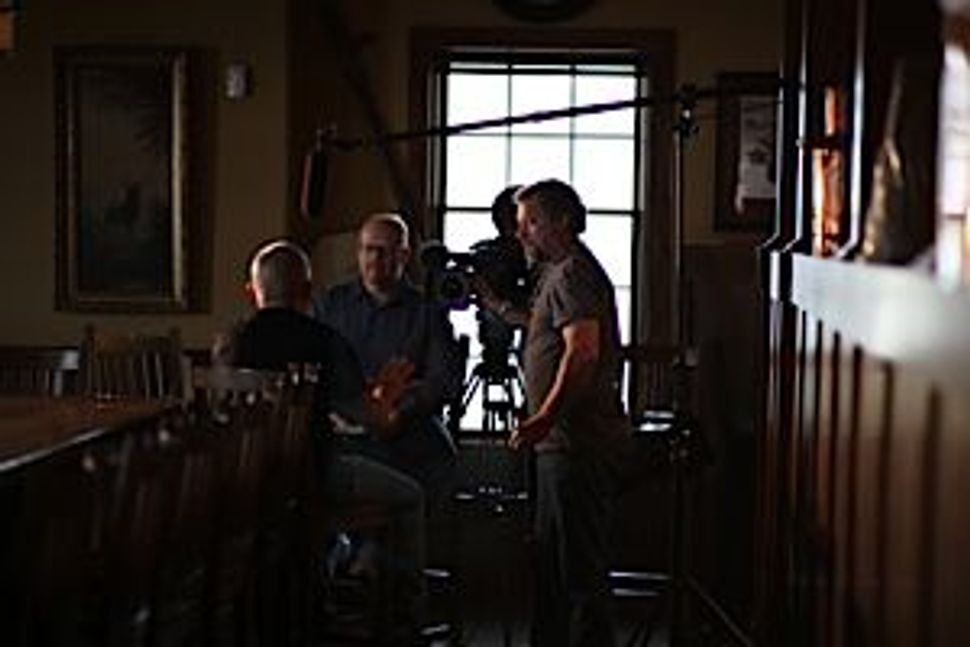 With the popularity of Top Chef, The Food Network and just about any TV show focused on food, it was only a matter of time until a film on the people who’ve made cooking a lifelong labor of love made it to the silver screen.

The three restaurants showcased in the new documentary “Spinning Plates” — chef Grant Achatz’s award winning molecular gastronomy mecca Alinea, American heartland family restaurant Bretibach’s, and struggling Mexican cantina La Cocina de Gabby — are widely diverse, but share something in common: the people behind them are passionate about food. The same can be said of the film’s creator Joseph Levy.

Levy, who earned acclaim for the short film “George Lucas in Love,” made his first foray into the food entertainment world with the Food Network series Into the Fire in 2003. “One of the first episodes I did was at the Carnegie Deli” in New York, “My love letter to Jewish food,” he notes. “I think Judaism places a great deal of importance on food as something that brings together the family. A lot of my own connections with food, my reverence for food, are very much influenced by my Judaism.”

While his “Spinning Plates” restaurants have no Jewish connection, the themes of family, community and food as a unifying force are clearly present in each of the stories. “I wanted the restaurants to present themselves to the viewer in the same way that they presented themselves to me when I first encountered them,” Levy says. “The longer you stick around the richer and deeper it gets, and more revealing.”

Levy’s love of food goes back to his childhood in Corpus Christi, Texas. “There is indeed Jewish life” in the goyishly named Corpus Christi, he says and a passion for food in the community. “My parents were members of a gourmet club and loved eating out at restaurants, especially my dad. He was definitely an adventurous eater,” says Levy of his late father Leon, to whom the film is dedicated. “I think he would savor every one of the dining experiences in the film. Food meant a lot to the family, whether it was a great restaurant meal, a Passover Seder or Rosh Hashanah dinner.”

His father, a chemist, encouraged him as a child to experiment in the kitchen. He made everything from chocolate chip cookies to coq au vin. “I was entranced by what wine could do to food,” he recalls. His mother, a teacher in her native Mexico who taught Israeli folk dancing after moving north, introduced him to Mexican cuisine. They often talked about opening a restaurant together one day, but it “was a short-lived dream,” says Levy, who’ll stick with filmmaking. As his documentary underscores, “It’s a very hard business.”