Miznon’s Ice Cream in a Pita Is Delicious — Trust Us! 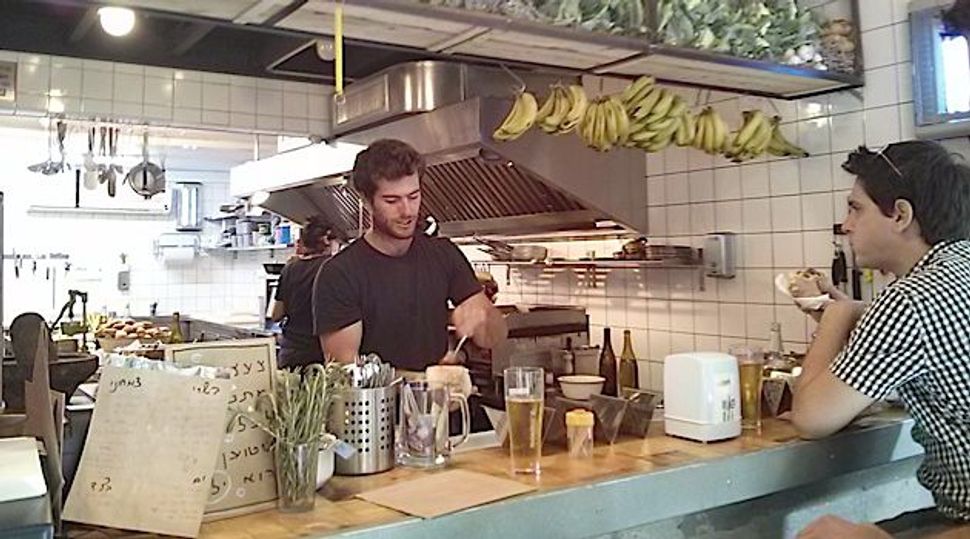 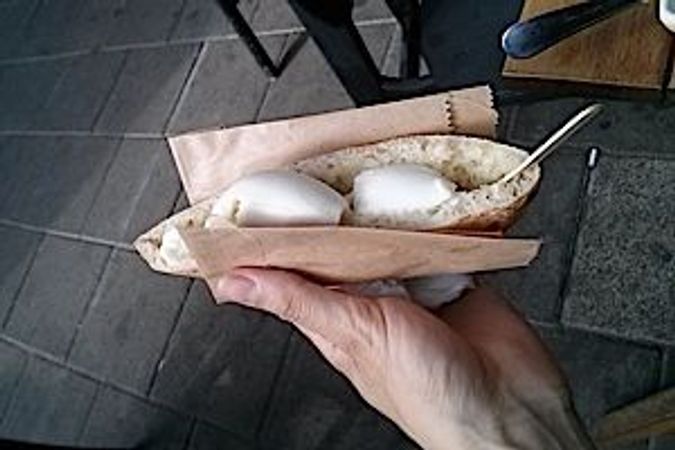 Eyal Shani, Israel’s favorite bad-boy celebrity chef, created a small stir in the food world earlier this year when he launched the second branch of his gourmet pita sandwich joint Miznon with an innovative new menu item — ice cream in a pita.

Shani, known for his antics on television as well as in court and on Instagram — he is a judge on Israel’s reality TV cooking contest MasterChef and is also in the midst of a bankruptcy settlement over a previous restaurant — has several restaurants, including upmarket North Abraxas. Even his food is controversial, with detractors claiming that the chef is laughing at his customers by charging top prices for what would seem to be simple food.

At Miznon, at least, the pita sandwiches are affordable and come with fillings including hot entrecote, Shani’s signature roasted cauliflower, and, yes, ice cream. The new branch opened on Tel Aviv’s central King George Street in August, and sports a rustic but hip decor and loud music. The unconventional pairings succeed because of the care and thought put into the flavor combinations and preparation, as well as the interesting selection of condiments, which include buckets of cream cheese, grated tomato and Atlantic sea salt.

On the face of it, ice cream in a pita sounds like a gimmick, and a bad one at that. Why would anyone want to eat it? But at 5 shekels ($1.50) a serving, you might as well give it a try, and the result is surprising.

The dish consists of a crescent of oven-fresh pita filled with a schmear of sweet, cooked bananas and topped with small scoops of mastic-flavored ice cream. Mastic, also known as gum Arabic, is a kind of tree sap, and it is often used in desserts in the Arab world. It lends a pine-like flavor to the ice cream.

The secret behind why this dish works, ultimately, is that the pita takes on the role otherwise filled by a cone or a cake slice in ice-cream based desserts. True, it’s not sweet, but it doesn’t have to be, since it’s being paired with bananas and ice cream. It turns out that fresh pita soaked in ice cream is actually quite good. Leave it to the mad genius of Shani, who knows how to create buzz as well as to prove that ice cream in a pita isn’t a bad idea at all.

Miznon’s Ice Cream in a Pita Is Delicious — Trust Us!