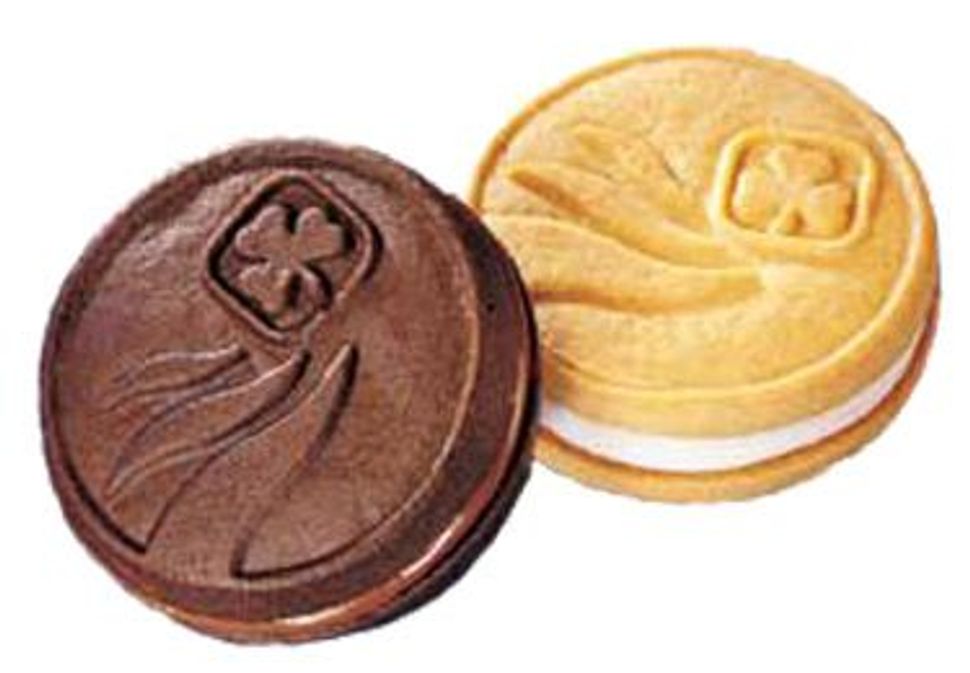 When the 31 Jewish girls established the 613th Thornhill Pathfinder Unit in Thornhill, Ontario, a heavily Jewish suburb north of Toronto, the first question member Sara Silverman asked was, “When do we start selling cookies?” according to the Girl Guides of Canada. But the troop could not bring the cookies into the synagogue where they met.

The unit “badly wanted to raise funds for Girl Guides and for camps, trips and other activities,” noted the Guides this week on its website. The unit’s leader wrote the organization, asking how to make the iconic treats kosher.

The Guides said they worked closely with the cookies’ manufacturer, Dare Foods Ltd., and found there was nothing unkosher about the ingredients in their classic chocolate and vanilla cookies sold in the spring.

All that was required was formal certification. Recently, the Guides confirmed that the spring cookies would be certified under the auspices of the Orthodox Union, or O.U.

The process was “a relatively simple and fiscally feasible endeavor,” the Guides said.

There will be no similar fate for the time being for the group’s chocolate mint cookies, sold in the fall, because of non-kosher ingredients in their coating, the group said.

“It feels like our unit has made a difference,” Avigail Rucker, a 12-year-old Guide, told The Canadian Jewish News.

All Girl Scout cookies in the United States have been kosher for at least 20 years, said organization spokesman Stewart Goodbody.